Microsoft has long exited the smartphone rat race and, save for the lone Surface Duo, it is letting others make the phones that it then integrates with its Windows platform. That hasn’t stopped others from trying to make Microsoft’s old promises come true, even without Microsoft (or potentially against Microsoft’s policies). With the announcement of Windows 11 and its native support for ARM64, it’s no surprise that some enterprising developers are taking the OS to places and devices Microsoft would never approve of.

Then again, a version of Windows 11 is likely to become available on the Raspberry Pi at some point, just as Windows 10 IoT Core was an official distribution for the SBC (Single-Board Computer). It will unlikely be the full-blown Windows 11 desktop that is being shown off around the Web. What will never happen, however, is Windows 11 running on phones, especially Android ones.

But that is exactly what some hackers and developers have done, bringing Windows 11 to devices it was never designed to run on. Specifically, the OnePlus 6T and Xiaomi Mi 8 have been modified to be able to boot Windows 11 ARM64 builds on these Android phones. These are based on the earlier leaked Windows 11 build and are unlikely to represent the final version of the OS. 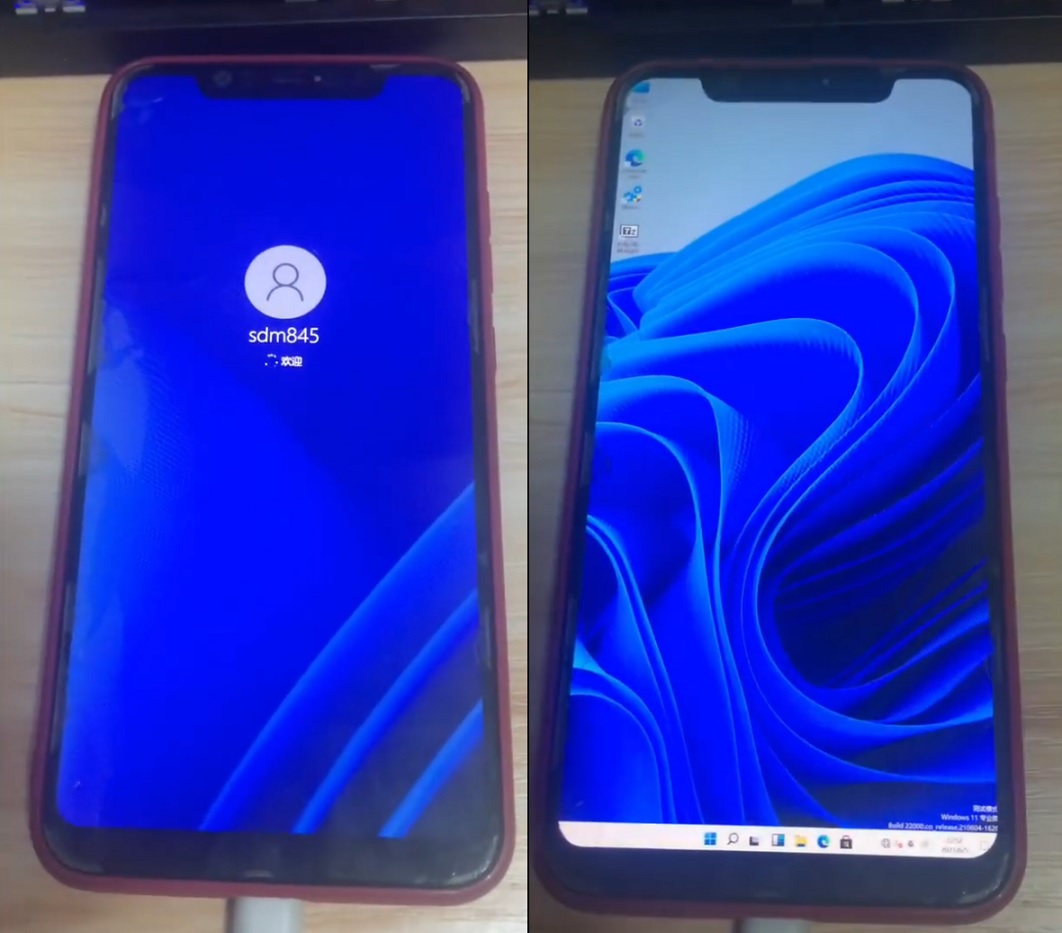 While Windows 11 did boot on these devices, it seems that not everything runs correctly. The display at least works and we presume touch input does as well. The Lumia 950 XL might have better chances to run a working Windows 11 system since there has already been work on getting Windows 10 on it.

Of course, none of these are official ports of Windows 11, and Microsoft will practically consider them illegal copies anyway. These experiments do prove, however, that it wouldn’t take much for Microsoft to actually make Windows 11 work on phones, but that alone doesn’t mean it will be successful in selling such devices.