Microsoft has an event scheduled next week to reveal what CEO Satya Nadella has painted as one of the biggest Windows updates of the past decade. Of course, it might just be Microsoft’s top honcho hyping up what is now believed to be called Windows 11 but it has definitely gotten people talking. A leaked build of this Windows 11 upgrade just leaked this week to give a partial preview of what’s to come. If that represents what Microsoft has to offer, however, Windows 11 might end up being more of a dud and yet another anecdote to the platform being chained forever to its past.

To be clear, these insights are based on leaks, insider tips, and the recent Windows 11 build that is going around the Internet. The final form that Windows’ next big upgrade might take could be substantially different from this. That, however, will depend a lot on the work that Microsoft will put between next week’s announcement and when Windows 11 rolls out. Based on the company’s track record, however, it might take a stronger push and a miracle to change that direction significantly.

A rose by any other number

Software version numbers are technically completely arbitrary. Their meaning is decided upon by the developers and no one can really enforce one, especially if there is really no standard that defines the practice. Microsoft could call the next Windows release Windows 7432.1123.1 and there’s not much anyone will be able to do about it.

At the same time, version numbers also convey some meaning even to end users. Some, like Ubuntu’s versioning scheme, denote when a particular version of the Linux distribution was released. At the very least, the numbers signify progress or milestones that were achieved. Even Google’s Chrome rapid releases still mean something big has changed whenever the version number gets incremented.

Considering how long Windows 10 has been around, bumping up the version number to 11 suggests something big is coming. Given Windows 10’s rolling release cycle, you would presume this won’t just be something like a version 21H2. Unfortunately, based on what we see so far, it might exactly be like a Windows 10 21H2 anyway. 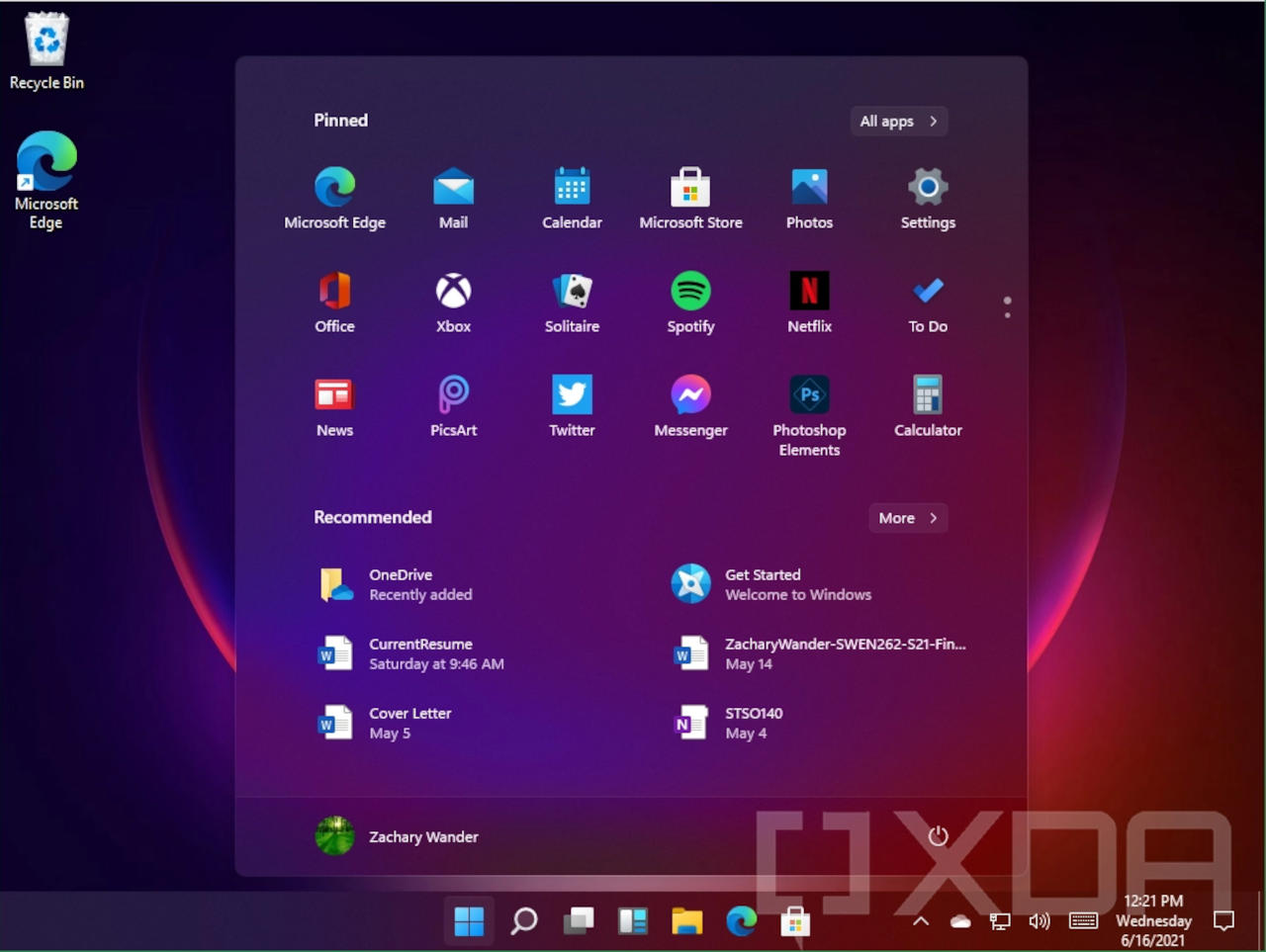 Microsoft’s top exec characterized the next Windows release as one of the most significant in the past ten years, so you can’t really blame people for expecting exactly that. That timeline would almost coincide with Windows 8’s debut, which definitely changed a lot, much to Windows users’ annoyance. Even Windows 10, which officially rolled out in 2015, brought changes not only to the user experience but also many underlying frameworks and APIs as well.

If the leaked Windows 11 build is anything to go by, Microsoft is addressing only half of that, the half that users will indeed see. There’s no shortage of screenshots of the new Start Menu, which will most likely prove to be just as controversial as Windows 8’s, the center-aligned Taskbar, the subtle rounded corners of Windows, and even some new multitasking tricks. If those sound familiar, you’ve probably been keeping tabs on the canceled Windows 10X, and this is probably what we will be getting with Windows 11.

Microsoft could have actually called it Windows 10X, considering the next release still has so much in common with Windows 10 anyway. If not for the promises and teasers it made before, it would have probably gone with that name in the first place. Unfortunately, Windows 10X now comes with its own baggage, expectations, and disappointments that Microsoft wants to distance itself from.

It won’t be doing itself and its users any favors with the Windows 11 name either. People will come into the new version expecting something substantially new and, aside from the initial UI, will come away wondering if anything has changed at all. Microsoft will most likely try to push Windows 7, 8.1, and 10 users to update to Windows 11, which will only reopen old wounds about how it mishandled the upgrade to Windows 10 just a few years ago. The one good thing about this minor update is that it probably won’t break people’s PCs that much since it’s pretty much just Windows 10 underneath.

Make no mistake, some of the changes that Windows 11 will introduce could be significant to some users. We’ll give Microsoft the benefit of the doubt that it’s not changing things just for the sake of change and that its user experience modifications are backed by solid usability studies and testing. Some of those, however, could be lost on people trying to find their way in the new Windows 11 interface.

The new multitasking and windows snapping features, for example, can help users discover otherwise obscure or unknown features. Some might find the new Start Menu, with a focus on favorite apps and recent files, faster and less overwhelming. Others might also find the new Fluent design to be less suffocating and more visually appealing, making it more comfortable to use their Windows PCs for hours on end.

The question is whether those changes, important as they might be, warrant a bump from 10 to 11. Microsoft has been improving its usability features, tweaking appearances, and even changing the Start Menu throughout Windows 10’s lifetime, none of which led to the release of Windows 11. Suppose the company launched the next Windows 10 release with a new nickname, like “Sun Valley,” for example, or with an appended letter like “Windows 10X”, it would probably be hailed as the best Windows 10 release ever. Instead, it might be remembered as the most boring Windows 11 release. 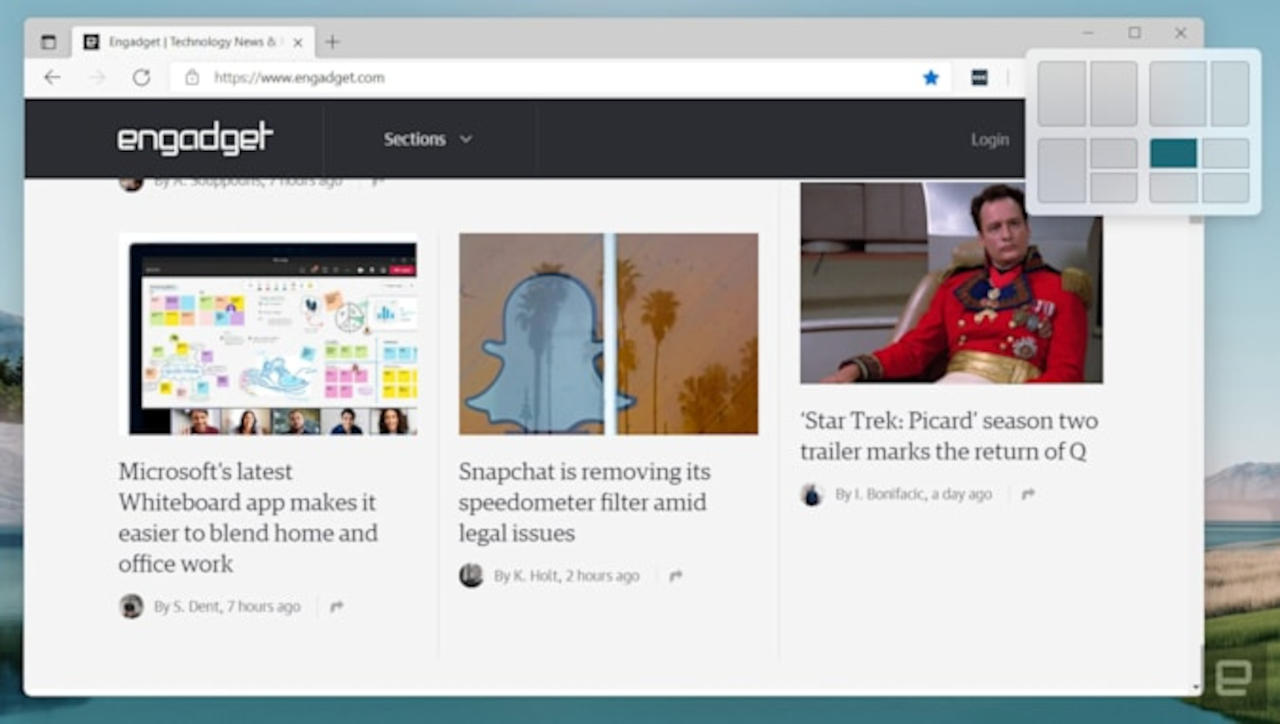 Why would Microsoft shoot itself in the foot by hyping something big that isn’t really that big? The ironic answer would be because it is doing what it is actually best known for. Among all the operating systems in the world (aside from Linux, probably), Windows is the only one that can still run software written decades ago and never updated. It creates a chicken and egg problem that, unfortunately for Windows, prevents it from ever growing up.

As the world’s dominant OS for personal as well as enterprise use, Windows has amassed users that rely on software to work almost indefinitely. Whenever Microsoft needs to push Windows forward, it also needs to make sure it doesn’t break compatibility with those programs. That, in turn, prevents Microsoft from ever making improvements that need to break away from old APIs and frameworks.

Part of the pushback against major changes to Windows comes from end users who can’t seem to outgrow old habits or learn new ways of doing things. Another part of the pushback, and perhaps more important for Microsoft, comes from enterprise customers who sometimes literally can’t afford to change either. With a new Windows 11, Microsoft might actually be embarking on a new numbering scheme where each release will bear a higher number while still looking and behaving pretty much the same as the previous ones.

Microsoft can still surprise us next week with revelations not just of new user interfaces and features but also substantial architectural changes to Windows’ foundations. Windows 11 could still end up being worthy of that name without going into the original Windows 10X plan. Unless Microsoft has perfected the art of keeping things completely secret, that doesn’t seem like a possibility at this point.

Until Microsoft figures out a way to break away from the past without disenfranchising those that need the legacy baggage, Windows, whatever the number, is pretty much doomed to remain the same way it has been in the past decades.