The earliest glimpses we’ve had of an unofficial Windows 11 build focused mainly on what users will see first. Those revolved around the very visible changes to the Start Menu and Taskbar and some small nudges to the theming and multitasking features of the platform. With just a few days remaining before its official announcement, analyses of Windows 11’s inner working are also starting to pop up, and the good news is that there might be some substantial improvements in performance where every CPU clock cycle counts.

Given these early benchmarks have been performed on unofficial pre-release builds, they may not represent Windows 11’s final form and performance. There might even be doubts about the build’s authenticity but Microsoft may have indirectly confirmed that by issuing a DMCA complaint against the source of the leak. If this is indeed just the tip of the iceberg, Windows users could be in for some small treats when it comes to performance.

YouTuber Ben Anonymous performed a series of benchmark tests on a laptop with an Intel Core i7-10875H CPU and NVIDIA GeForce RTX 2070 Super graphics. The tests yielded a 13-second boot time, three seconds faster than Windows 10, and impressive jumps in performance in 3DMark and Geekbench tests. That said, not all results are conclusive, nor were they replicated by other testers, so take it a grain of salt.

Hot Hardware also performed its own battery of tests, this time installed on a Samsung Galaxy Book S that didn’t show much promise running Windows 10. The performance lead of Windows 11 was not as substantial but still significant enough to be noticed. The site’s theory is that Microsoft is optimizing Windows 11 to take better advantage of Intel’s implementation of the big.LITTLE architecture that was used on this particular laptop’s Core i5-L16G7. 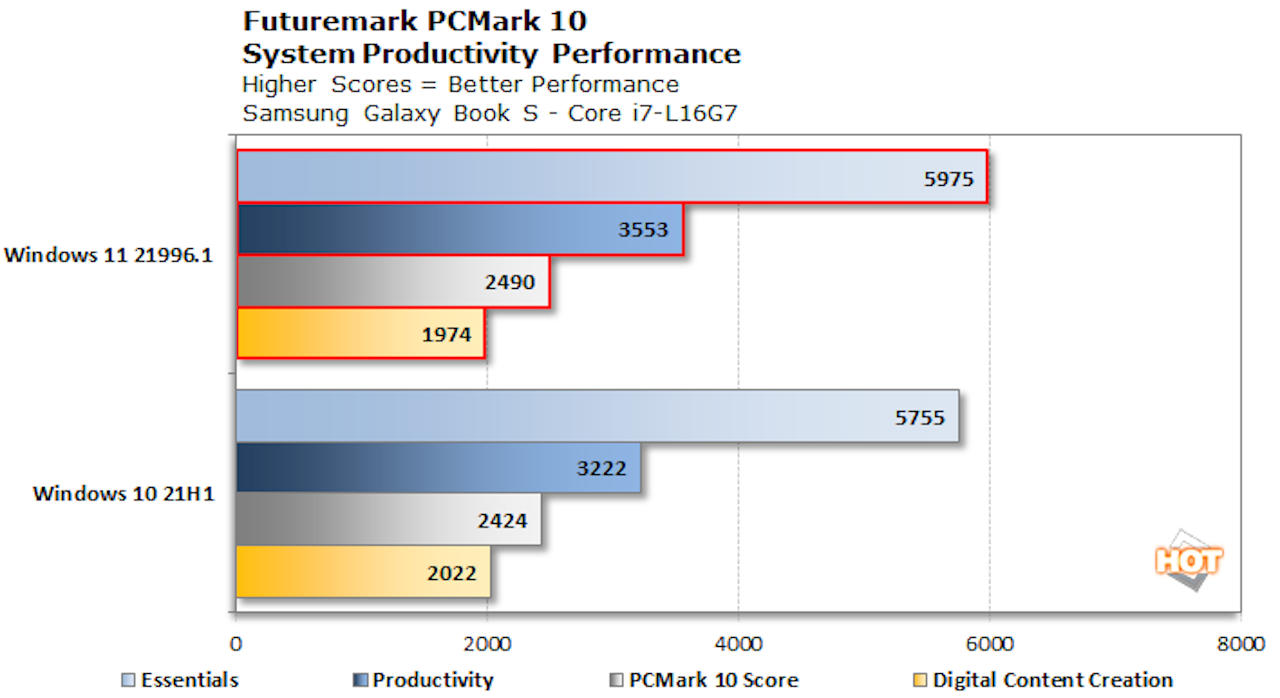 All in all, the final Windows 11 release could offer small but significant improvements across the board for all kinds of computing applications. It might not be earth-shattering jumps in performance but could be enough to satisfy Windows users who need things to “just work” and work even better without breaking their workflows.