Windows 10 will soon let you customize your system during setup

Microsoft has made the Windows 10 setup process straightforward and simple, requiring very few inputs from users aside from input methods and privacy settings. While that makes the process less daunting, it also means users less control over what gets set up from the get-go, requiring them to dig into settings after the setup process finishes. In future versions of Windows, however, Microsoft may be giving users a bit more say but still makes those options a bit mysterious.

To be fair, not many Windows users probably dig into the operating system’s settings to fully customize their systems and just stick to whatever Microsoft has decided to be the default. That means fewer users will discover Windows’ features unless Microsoft bombards them with notifications. It also means that users may not be really aware of what Microsoft is doing behind the scenes.

In the latest Windows 10 Insider Preview Build 20231, Microsoft has introduced a new Windows setup (OOBE) step that lets users customize the system based on what they intend to use the device for. Microsoft doesn’t exactly detail what each option entails but will most likely surface apps, settings, and features related to the choice made there. 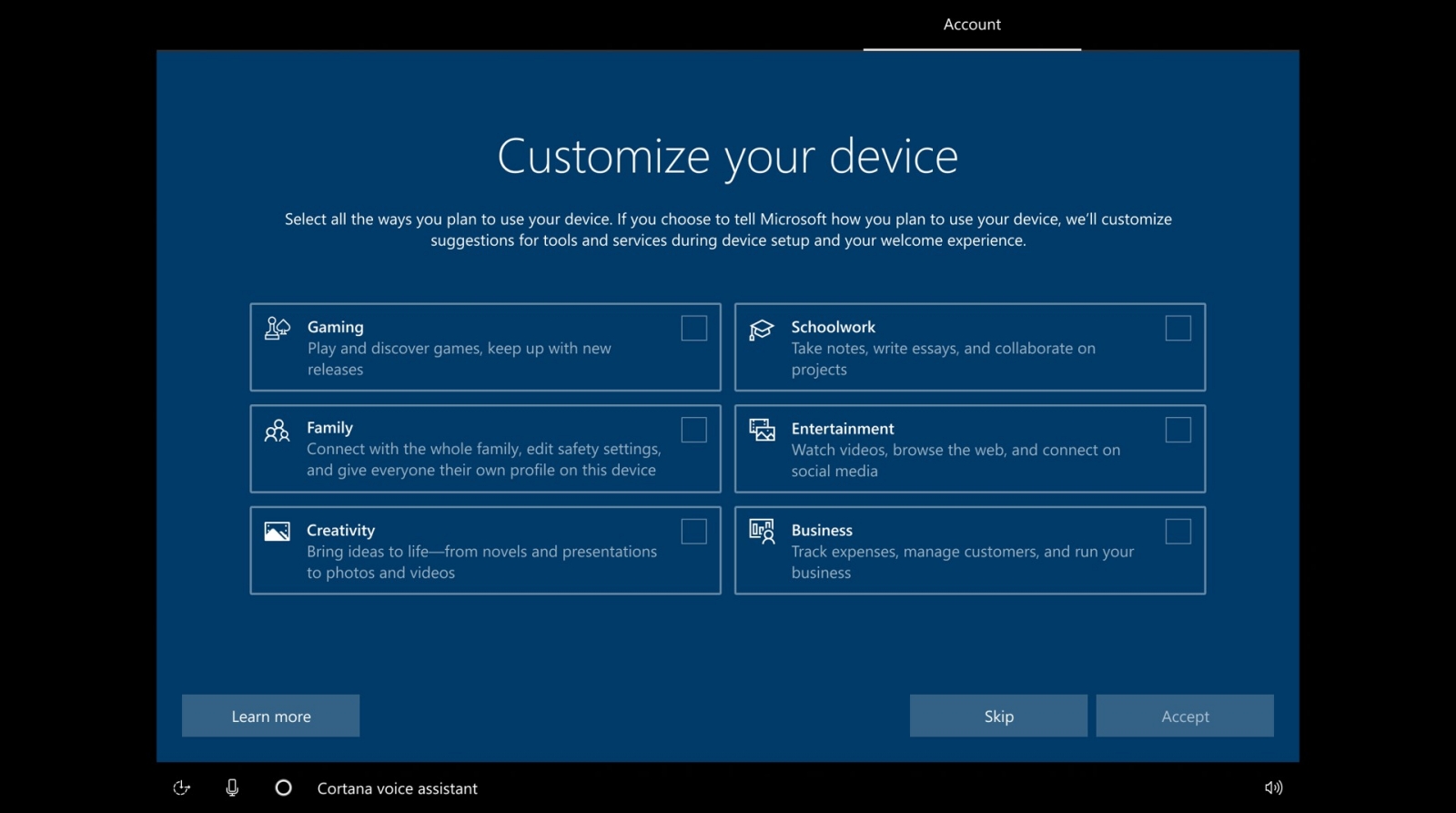 This build also includes features from older previews, like the integration of Skype’s Meet Now into the Windows 10 Taskbar. Microsoft is also slowly moving more information into the Windows 10 settings app away from the old Control Center in preparation for the latter’s eventual retirement.

This new setup option may or may not end in the final Windows 10 update and, at least for now, actually does nothing even if you select some options. Microsoft notes that Insiders will only see this new OOBE page if they reset their PC or do a clean install of Windows and doesn’t mention if it will also appear when end users update their PCs in the future.