Windows 10 will bake Skype Meet Now in the Taskbar

Google recently got a lot of flack for its aggressive campaign to push Google Meet to everyone and inserting links to it in apps like Gmail. Now it seems that Microsoft is following suit, though not with Microsoft Teams. Instead, the latest Windows 10 Insider Preview Build reveals the company’s plans to make Meet Now in Skype as an integral part of the Windows experience. Whether it will be received more favorably will depend on Insider feedback.

Originally created to fight off Slack, Microsoft Teams has now become one of the services trying to wrestle the video conferencing crown from Zoom. That, unfortunately, has left the original voice and video business tool, Skype, almost without a place in the market. Earlier this year, however, Microsoft practically gave Skype a new focus, becoming its rival to Apple’s FaceTime.

Meet Now in Skype offers the convenience of setting up and joining video calls without any requirement other than an Internet connection and Skype, be it an app or on the Web. No logins or signups are needed, which is one of the initial stumbling blocks for users, nor is a phone number even needed.

In a future Windows 10 update, you won’t even need the Skype app or go to the Skype Meet Now website. You can simply tap on a new icon on the taskbar to create or join a meeting, though that actually just launches Skype on your Web browser with the needed settings and information already set. 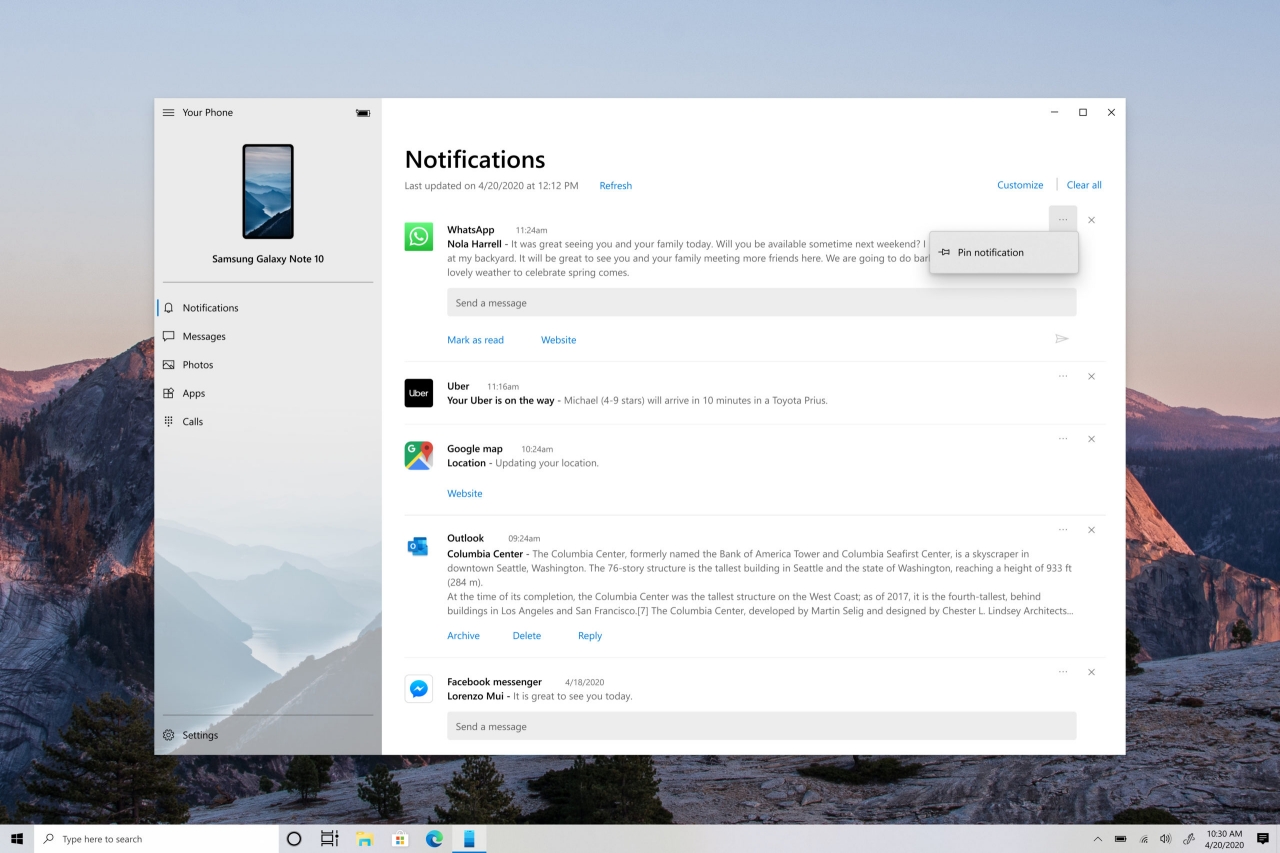 Windows 10 Preview Build 20221 also brings other features, like the Your Phone app’s ability to pin notifications from your phone. This would allow you to clear out the cruft while retaining important notifications you’ll get back to later.