Microsoft just recently revealed its play on the ARM platform that has Windows fans both excited and skeptical. On the one hand, it is a return of the operating system to a CPU platform that is hailed for its battery longevity, thermal management, and performance efficiency. On the other hand, it may feel like deja vu. Things do seem to be better this time, with both software and hardware set in place. But Microsoft might be kidding itself if it expect everything to be different and be successful. Because if Microsoft hasn’t learned from its past, it is bound to repeat it. And like the boy who cried wolf, there might not be a next time.

A tale of two Windows

This is hardly Microsoft’s first romance with ARM. Not counting the ancient Windows CE, the latest one is still fresh in the tech world’s memory, and not for good reasons. That was Windows RT, which was, to some extent, the ARM counterpart of Windows 8, which wasn’t also received positively in general.

History has judged Window RT to be one of Microsoft’s catastrophic failures, right alongside Windows ME and Windows Vista. And it wasn’t for a lack of devices either. Compared to the initial Windows 10 on Snapdargon offering, which has yet to actually hit the market, there were more OEMs that rallied behind Windows RT back then. Perhaps companies have become warier exactly because of that. 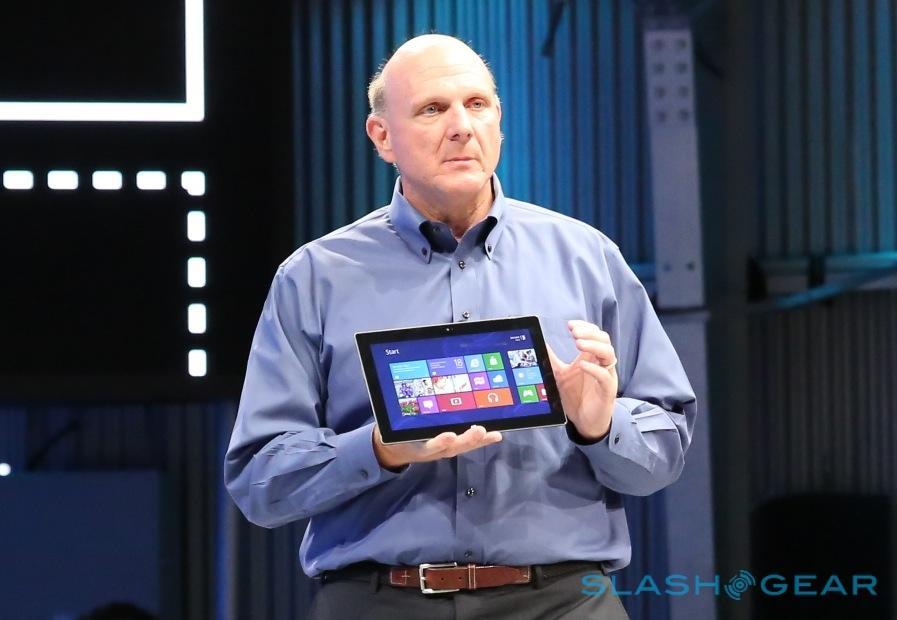 And it wasn’t because of the hardware either. Yes, the ARM processors of yesteryears pale in comparison to this upcoming Snapdragon 845 but, back then, they already touted many of the promises that Microsoft and Qualcomm are making, including and most especially battery life.

With significant improvements in processors and memory, battery life has become the bottleneck of user experience in modern devices these days. High-end smartphones no longer last more than a day of regular use. Laptops are only able to last for days because they are relatively ginormous batteries and they aren’t left running 24/7. Neither of which are ideal, especially for a certain class of devices that try to bridge those two worlds together.

This new permutation of Windows 10 running on ARM processors, or specifically Qualcomm’s Snapdragon, is designed to address exactly that. It promises nearly, but not more than, a day of battery life thanks to ARM’s much-flaunted power efficiency. But even if you turn it off, it will boot up near instantly. But you might not want to turn it off anyway, because the other leg in the tripod is “Always Connected”. Unsurprisingly, the first Windows 10 on ARM devices are 2-in-1 hybrids whose designs are meant for always on, always connected use. 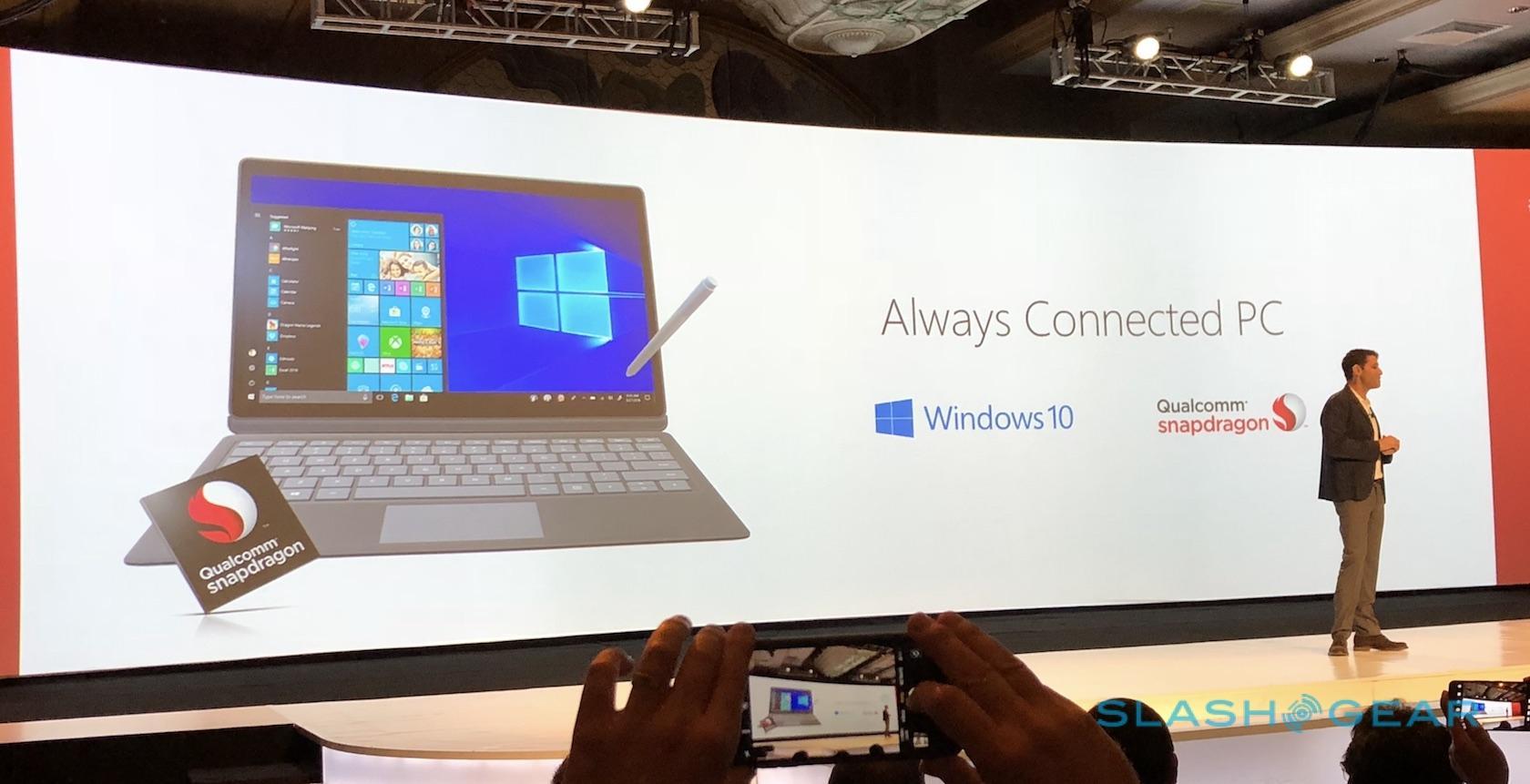 But it isn’t the only important thing

The way Microsoft and Qualcomm played up the battery and connectivity benefits, you’d think that’s all there was to modern computing. Granted, you won’t really be productive if your computer’s battery dies out on new half-way through the day, exactly when you’re too far out of reach of a power socket. Conversely, the longest-lasting but most useless computer will still be useless and will sit there unused and unnoticed for days until it finally goes empty.

That is to say, while battery life is important, being able to use that battery to actually do things is perhaps even more important. Being always on and always connected will be a total waste of energy if the user won’t be able to get work done. Because while Microsoft and Qualcomm preach the combination of Windows 10 and the Snapdragon like the second coming, its success will actually hinge more on just hours or signal bars. It will depend on software and the intersection of hardware and software. 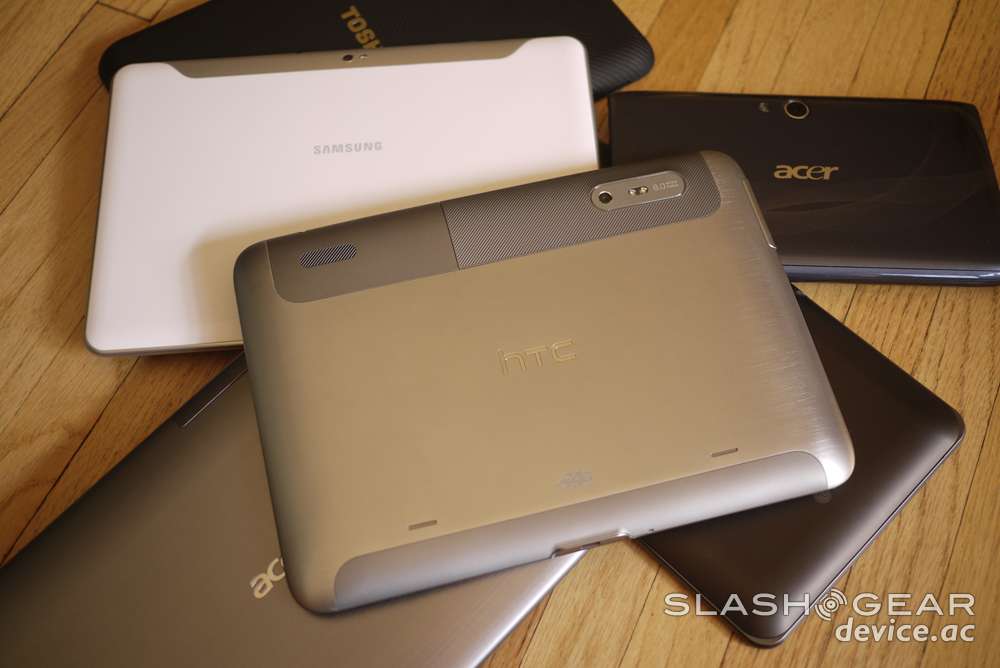 S is for Software

Putting aside the debate on the user interface introduced in that generation, Windows RT’s problem has always been about software. Microsoft envisioned an app ecosystem that it curated and controlled, much like Apple’s iOS, where developers used its own custom app platform. It presumed that it had enough clout in the industry to convince developers to invest in yet another non-desktop platform, in addition to Android and iOS. History has proven it very, very wrong.

The names have changed and the situation is much better than it was nearly a decade ago, but some might be experiencing deja vu recently. Windows 10 S is Microsoft’s most recent attempt at a more controlled (read: locked down) operating system that revolves around very specific API, which is now markets as the Universal Windows Platform. And therein lies Windows on ARM’s first problem. 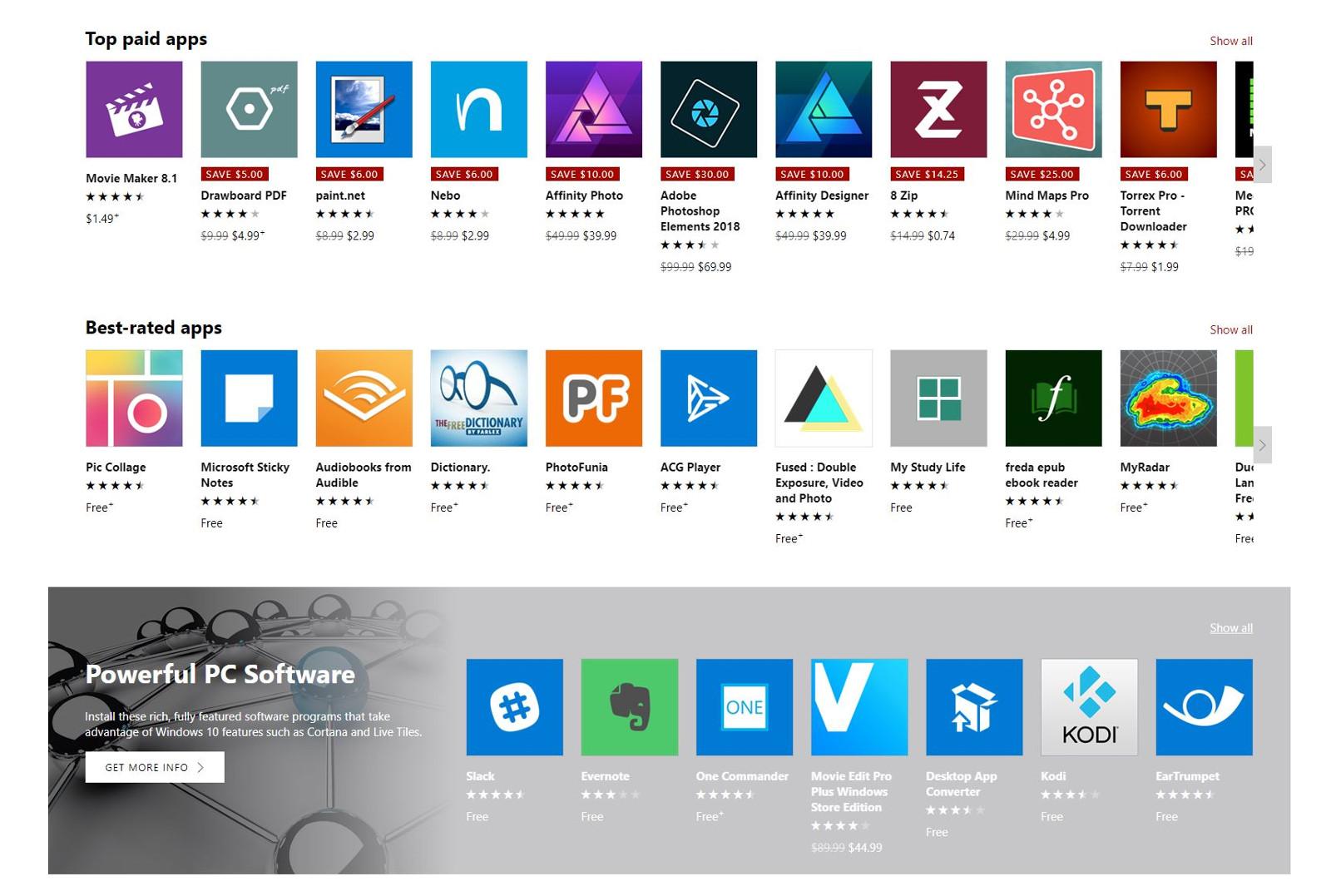 While the Windows Store is a bit more populated than in the Windows RT/8 days, but its selection is hardly ideal nor desirable. Microsoft should be commended for using all possible means to make it easier for software developers to jump on UWP, even with existing win32 programs, but it just isn’t enough. There are things that, by nature, UWP won’t allow, things that Epic Games’ Tim Sweeney have raised again and again. The recent case of Google Chrome on the Windows Store is yet another prime example, one that was almost too hilarious if not for its rather serious implications.

The counterpoint to the use of Windows 10 S on the first Windows on ARM devices is that users will be able to upgrade to Windows 10 Pro for a short period of time, just like on the first batch of Windows 10 S laptops. And there are, after all, win32 apps already available on the Windows Store taking advantage of Microsoft’s “bridge” tools. But that brings up the second of three Windows 10 on ARM problems: ARM itself.

Make no mistake, ARM is a very competitive architecture. It is what made smartphones and tablets possible and has Intel worried even on the server front. But it wasn’t designed with a desktop use case in mind. And while modern ARM processors are becoming more and more powerful, they are still not yet at the point that they can comfortably take on desktop chores. Especially Windows desktop chores.

Of course, Microsoft has worked closely with its hardware partners, particularly Qualcomm, to optimize Windows 10 for the architecture. It even showed off Photoshop, admittedly one of the most resource intensive popular software on desktops, running smoothly on Windows on ARM. But that is like optimizing for specific cases. The Windows software ecosystem is too wild and the use cases are too varied to make Photoshop the exemplar of what the platform is capable of on that specific kind of hardware. And while the Universal Windows Platform may be Microsoft’s way of ensuring acceptable performance on all supported platforms, it raises the third biggest question: who uses those apps anyway?

Who is it for?

The Surface tablets were initially intended to face off with the iPad but they slowly evolved into their own distinct category that the iPad would, in turn, emulate. Microsoft would later direct it towards creatives who needed the portability of a Windows computer but also the power of a stylus. Windows 10 S and the Surface Laptop would later come to take on Chromebooks in schools and workplaces. But who is Windows 10 on Snapdragon for? 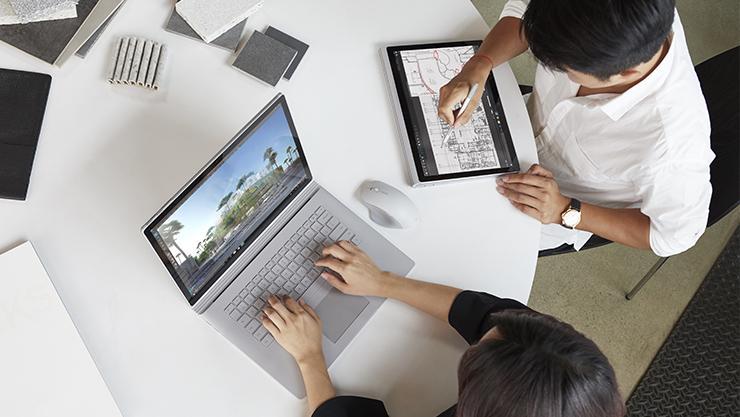 One could already hear the spiel. It is for users who demand all-day battery life from their computers, ready to spring into action at a moment’s notice. That, however, is generic enough to describe anything and everything, including smartphones and doesn’t exactly give it a clear vision other than “it can run on ARM!”

Without a clear focus and target audience, Windows 10 on Snapdragon aims to offer everything that Windows users want, but might fail to deliver what they actually need.

Make no mistake, there are a lot of reasons to be excited about Windows 10 on ARM. The possibilities of day-long battery life, always read and always connected computers, and Windows tablets that are as thin, light, and literally cool as iPads should excite not just Windows fans but computer users in general. At the moment, however, they’re all just possibilities. 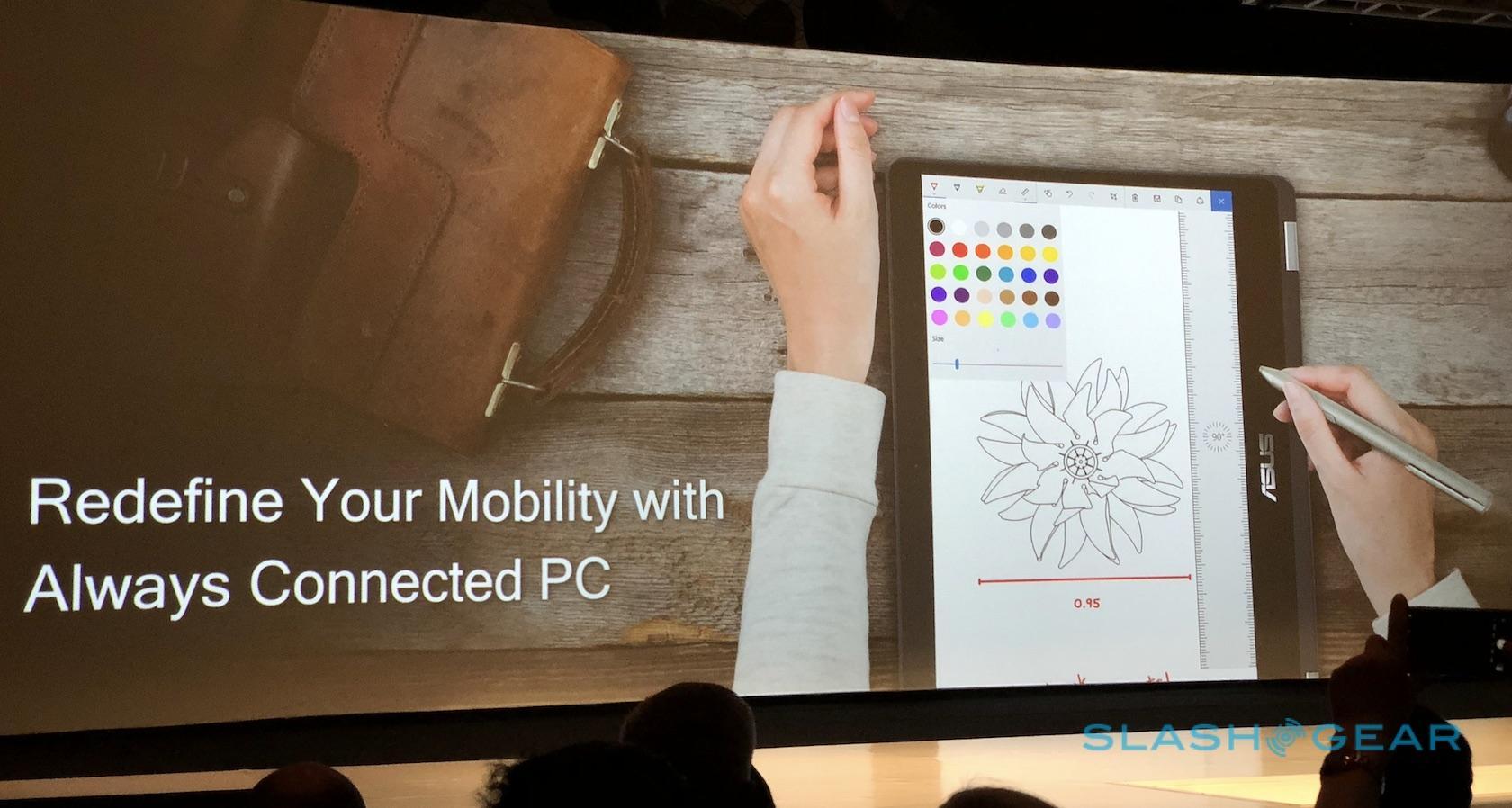 There are still so many open questions that Microsoft has not yet addressed. And there are questions that it won’t be able to answer itself. Some can only be answered when the devices do hit the market and people get their hands on more than just promotional models. And there might not be that many, if the initial raising of OEM hands is any indication.

Windows 10 on ARM and Snapdragon is very promising. But Microsoft has made such promises before. One can only hope they can finally deliver.