Following up on its promise to woo hackers, makers, and tinkerers. Microsoft is making available the first ever general release of the Windows 10 version that works on embedded devices. Dubbed the Internet of Things Core or IoT Core for short, this incarnation of Windows 10 was meant to run on low-powered development boards such as the Raspberry Pi and the MinnowBoard Max. This is potentially the most compact version of Windows to date (excluding the now defunct Windows CE) and helps keep Windows relevant beyond traditional computing devices.

Microsoft is able to substantially trim Windows 10 down to embedded size by cutting off its shell. In other words, it has no default visual user interface. Since Windows 10 IoT Core is design to run on embedded devices that may have no screens, that’s not exactly an issue. Of course, if you do plan on using it with a display, you will have to write your own Windows Universal app to provide a more familiar GUI.

Graphical or not, Windows 10 IoT Core has the potential to bring Windows to the hackerspace in a deeper way. Traditionally, such spaces have been dominated by Android or Linux based operating systems and tools. With IoT becoming a more solid market force, Microsoft will naturally want its Windows platform to be there as well before the door of opportunity closes.

So what can you do with Windows 10 IoT Core? Apparently, you can use it to power a robotic air hockey table, in case you’re not up against playing with a real human opponent. Frivolity aside, A Windows 10 MinnowBoard Max was also used to develop a security system that uses face recognition to unlock doors. 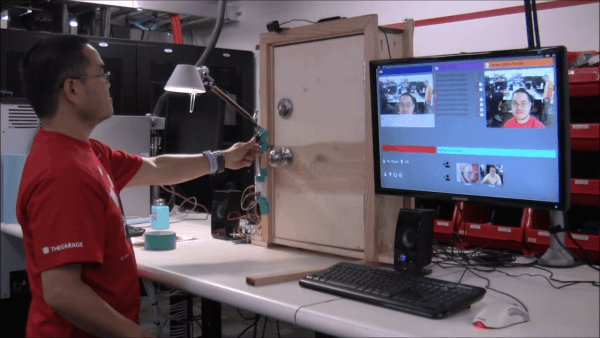