Operating systems, including Linux, usually have a handful of processes or programs running in the background even when you don’t even have a single window visible. Managing these processes is an advanced activity that only seasoned computer users are familiar with but there will always come a time when people, especially those on Windows, will need to take a peek at those. That’s what Windows 10’s Task Manager is for and it’s getting some powerful features in a future Windows release.

The Task Manager is often presented as the tool to help users stop a misbehaving program or process. Of course, it shows what those processes are and how much of your resources it takes up, be it CPU, RAM, or even network bandwidth. There might be times, however, when you don’t actually want to kill a process, the technical term for ending it, but simply throttle it down, and that’s what Microsoft made the Eco mode for.

In the latest Insider Preview for Windows 10, the Task Manager offers an Eco mode option when you right-click on a process. This forces the process to consume only fewer resources so that those could be given to higher-priority processes, depending on the situation. Microsoft warns, however, that Microsoft Edge and Google Chrome might show some processes as already in Eco mode because they are implementing their own built-in throttling system apart from Windows.

Microsoft Edge is also getting some special treatment in the new Task Manager. Instead of a single entry for the web browser, it will show more detailed sub-processes and their classifications, like plugins, GPU processes, etc. This is similar to the built-in process manager feature in Chrome and Edge but, just like tabs in Microsoft Edge, are integrated into the Windows 10 OS as well. 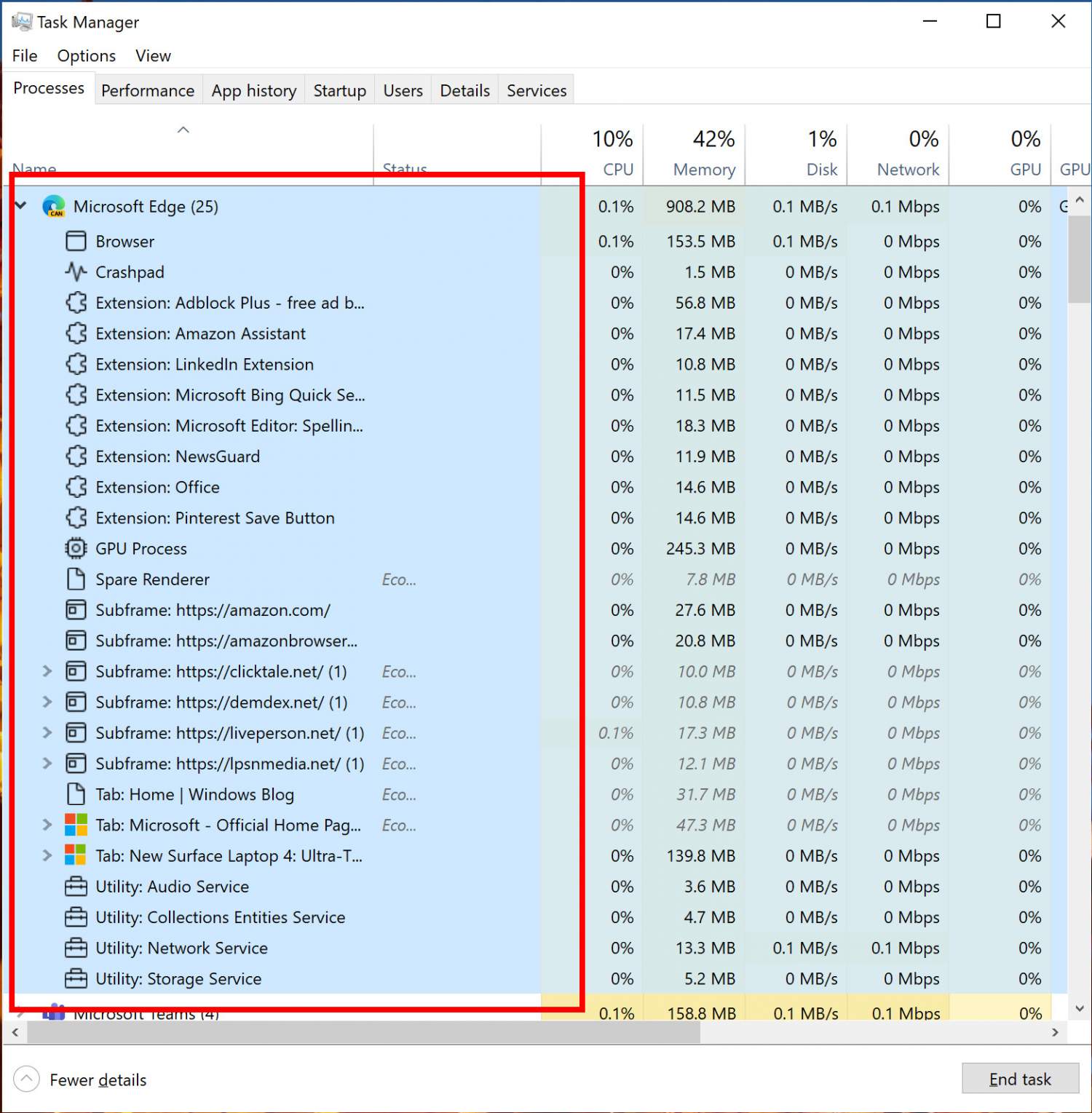 These improvements to Windows 10’s Task Manager are part of the Insider Preview Build 21364, though it might not be part of the next Windows 10 public release. That has officially been named the Windows 10 May 2021 Update (version 21H1) and is already being prepared for release.