Fast refresh rates are all the fad in smartphones these days but computer monitors have sported 120Hz and even 144Hz far longer than their mobile cousins. That doesn’t mean, of course, that everything will be smooth and fluid magically and it still depends on the software taking advantage of that capability. Windows 10 finally lets you do so, at least in the latest Insider Preview, with a simple new feature in the Settings app.

Higher refresh rates basically mean you’ll be seeing smoother motion. The most common beneficiaries of that are games and videos, though the latter has proven to be a bit controversial as far as some viewers and cinematographers are concerned. Thanks to the trend in the mobile market, however, some people have expected even their operating system to be just as fluid.

In Build 20236 of the Windows 10 Preview, users will have a choice to set the refresh rate they want. This allows them to decide if they want to increase power consumption in exchange for a more fluid user interface. Needless to say, you actually need to have a monitor and graphics processors, discrete or integrated, capable of that feature in the first place. 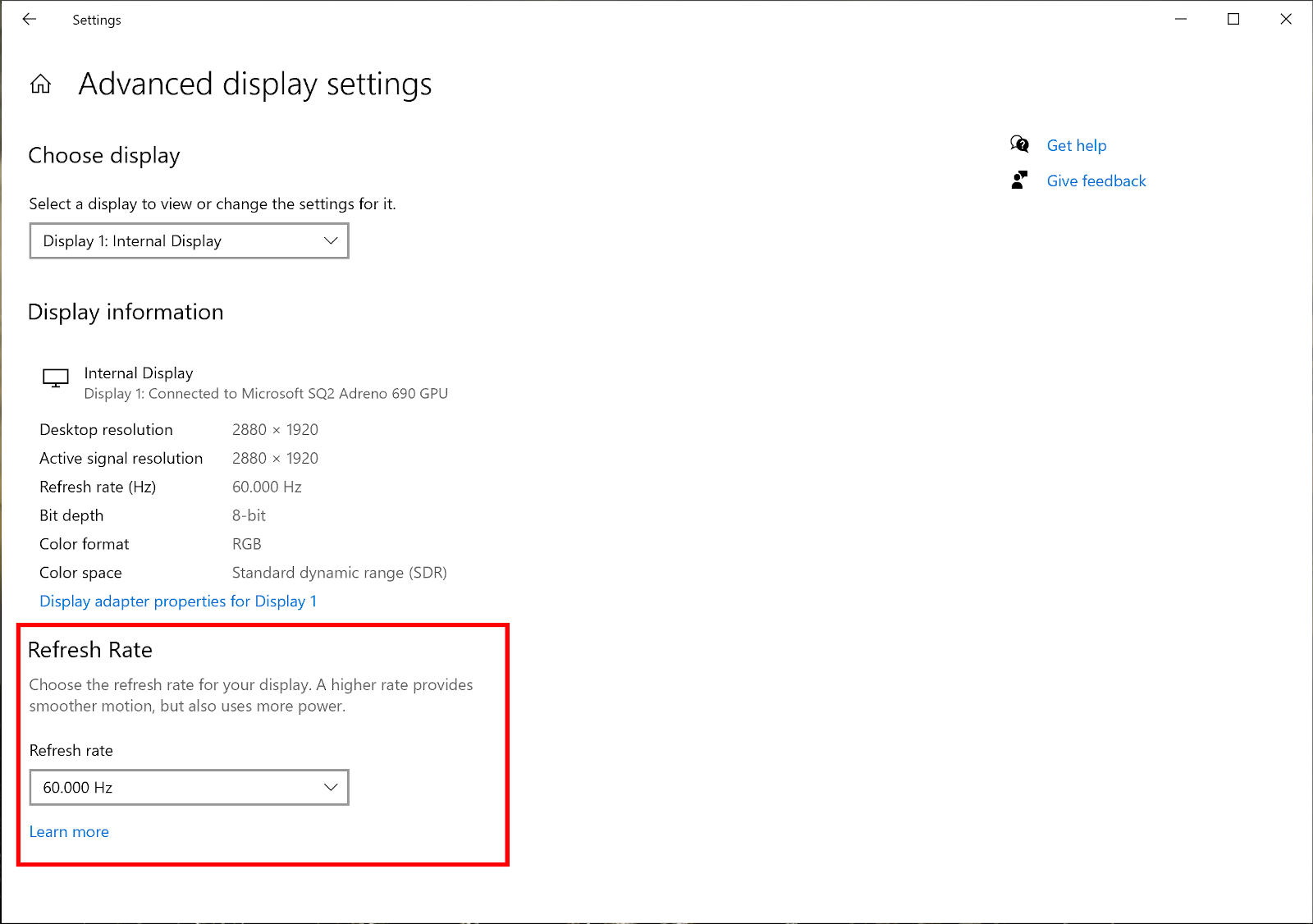 That’s not the only feature arriving for Windows 10 users in future updates. The Windows Search Box, which Microsoft hopes is now being used more often, also gets some new features, mostly around how it now helpfully remembers the last searches you’ve made. If you don’t want Windows tracking you this way, though, you can also turn that off.

The preview also includes some miscellaneous features and fixes that should roll out in future stable updates to Windows. That said, being Insider Preview Builds, users probably shouldn’t get too attached to features as they could end up being changed or removed entirely.