This week the United States government added the drone company DJI to their Entity List. The United States Bureau of Industry and Security for Commerce added DJI to this list alongside 76 other entities on Friday, December 18, 2020. DJI and the rest of the entities added to the Entity List were determined to be “acting contrary to the national security or foreign policy interests of the United States.

The US Commerce Department has given no suggestion that DJI products are unsafe. If you have a DJI drone at home, it does not currently seem that there is any reason why you should change the way you use said drone in the immediate future. This is not the same situation as what’s still happening with the US government’s adding of Huawei to their Entity List – and similar bans.

The reasons the US government had for adding DJI to their Entity List appear to have been centered on human rights abuse inside China. The US Commerce Department gives a relatively vague description of what it is they’ve accused DJI of doing. 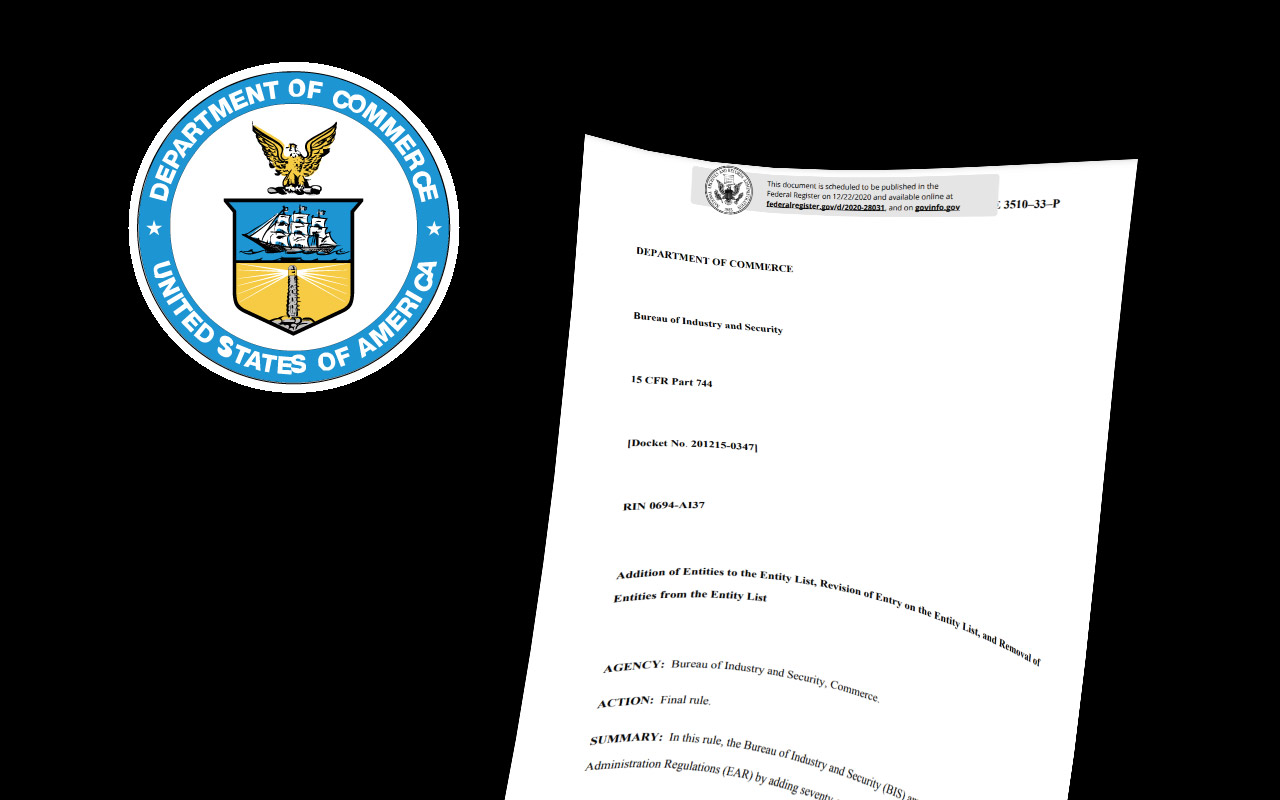 The official US Department of Commerce, Bureau of Industry and Security document [15 CFR Part 744, docket no. 201215-0347, RIN 0694-AI37] amends the Export Administration Regulations (EAR), adding 77 entities to the Entity List. This list update was released on December 18, 2020. The document includes the following text.

“The ERC determined to add the entities AGCU Scientech; China National Scientific Instruments and Materials (CNSIM); DJI; and Kuang-Chi Group for activities contrary to U.S. foreign policy interests. Specifically, these four entities have enabled wide-scale human rights abuses within China through abusive genetic collection and analysis or high-technology surveillance, and/or facilitated the export of items by China that aid repressive regimes around the world, contrary to U.S. foreign policy interests.”

One might assume that the “high-technology surveillance” part of this paragraph was the only bit that applied to DJI. This might only mean that China’s government used DJI drones for surveillance – but it could mean more. We won’t know for certain until we get deeper detail from the US government and/or a statement on the matter from DJI.