2012 was an interesting year in many respects, but it was a particularly interesting year for gaming. 2012 had its share of ups and down, but looking back on the year as a whole, I’d say that it was ultimately good for gamers, developers, and the industry in general. A lot happened throughout the year, and even though we saw vitriol from gamers climb to pretty frightening heights in some cases, there were some pretty cool things happening that you may not have noticed. Needless to say, if 2012 was any indication, then 2013 should be one of gaming’s biggest years yet.

Before we turn our sights to the future, however, let’s look back at some of what went down in the year that we’re about to leave behind. It’s pretty obvious that we’re at the end of a generation, regardless of if Sony and Microsoft want to admit it. The problem we face at the end of a console cycle is that developers become hesitant to begin a new IP (more on that later). Because of this, we tend to see sequel after sequel, and in the triple-A space at least, 2012 was no different. This isn’t all bad though, as it gave indie developers a chance to shine.

Shine they did. 2012 was an excellent year for indie gaming. Minecraft came to the Xbox 360, thatgamecompany released Journey, a game that has quickly risen to the top of countless favorite lists, and we seemed to have a new Humble Bundle to go nuts over at least once a month. Indie games were in the news constantly too, with games like Hotline Miami, Lone Survivor, Faster Than Light, and Legend of Grimrock being discussed alongside the likes of Black Ops II and Assassin’s Creed III. That in particular is very encouraging, because if we can create an environment where a game developed by a pair of passionate gamers can get recognition just the same as games that cost millions to produce, everyone wins. 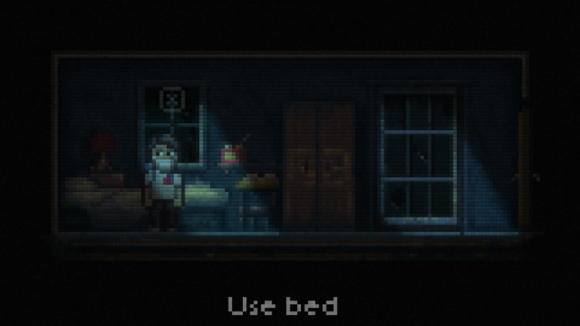 Of course, great indie games have been given the attention they deserve for years now, so this isn’t some new phenomenon for 2012. It did seem like there were a really high number of indie games that managed to strike a chord within the gaming community, though. The year brought us some truly amazing indie releases, and there were almost too many to count. Whether you were playing Mark of the Ninja, Fez, Dust: An Elysian Tale, or Spelunky, the list of notable indie releases for 2012 was long and varied, with many of them giving us very unique experiences we couldn’t wait to rave about.

While we saw a lot of sequels this year, we also saw some developers take their chances with introducing a new IP. Some of these, like Kingdoms of Amalur: Reckoning, didn’t work out so well. Others like Dishonored are unquestionably just the beginning of something exciting. Square Enix found a winner in Sleeping Dogs, while Capcom surprised everyone with Dragon’s Dogma. Let’s not forget that 2012 was also the year that Nintendo listened to its fan and released Xenoblade Chronicles and The Last Story in North America. Now all we need is Pandora’s Tower and we’ll be set, so get on it Reggie. 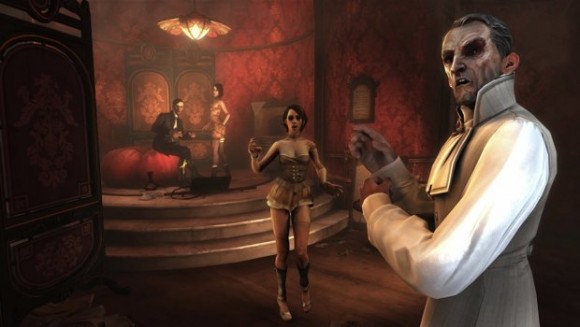 Even though the end of the generation is unsurprisingly accompanied by a large number of sequels, the batch for 2012 impressed. 343 Industries showed us with Halo 4 that the series isn’t doomed to mediocrity just because Bungie is working on new projects. Ubisoft managed to revitalize interest in the release-heavy Assassin’s Creed series with Assassin’s Creed III, while Gearbox released one of the best games of the year in Borderlands 2. One of the biggest surprises of the year involved Far Cry 3 launching to critical acclaim, something many of us didn’t see coming. Oh, and did Sega just school Nintendo in the art of making a kart racer with Sonic and All-Stars Racing Transformed? I think it did.

Fans got riled up in 2012 too. Project Rainfall, for instance, was a major player in getting Xenoblade and The Last Story to North American shores, while angry fans for better or worse managed to get BioWare to change the ending to Mass Effect 3. That’s pretty big considering that BioWare stuck to its guns for a long time, saying for months that there weren’t any plans to change the highly controversial ending. Disgruntled players also got Ubisoft to back away from always-on DRM, which is something gamers and publishers went back and forth about all year. 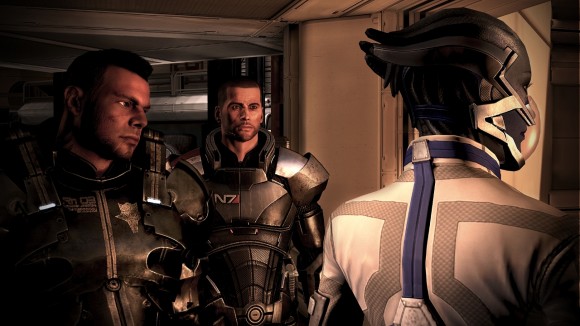 We also have to keep in mind how big Kickstarter was for gaming in 2012. When Double Fine kicked off a campaign for an old-school adventure game and asked for $400,000, no one could have guessed that we’d be calling 2012 “The Year of the Kickstarter” by the time everything was said and done. The classic RPG Wasteland is getting a sequel after more than 20 years of waiting thanks to Kickstater, and Obsidian can now return to the computer RPG glory days of the past with $4 million in funding for Project Eternity. The biggest gaming-related Kickstarter of the year was unquestionably OUYA, the little Android console that raised a whopping $8.5 million in funding. Sure, some of the Kickstarters funded this year will ultimately fail, but we also have a number of great games to look forward to thanks to Kickstarter. This is made even sweeter by the fact that many of these games would have never seen the light of the day had it not been for Kickstarter’s very existence.

We also saw the big companies that run the show open up their platforms more in 2012. Microsoft changed around some of its policies so Minecraft players on XBLA could get frequent title updates, and it’s even letting free-to-play titles like Happy Wars on Xbox Live these days. Steam expanded its offerings to include non-software titles and rolled out Big Picture Mode so it can have a stronger presence in the living room. It also opened the floodgates for Linux users, as Steam for Linux is now in open beta. Welcome to the party Linux users – we saved you seats between Team Fortress 2 and Torchlight. 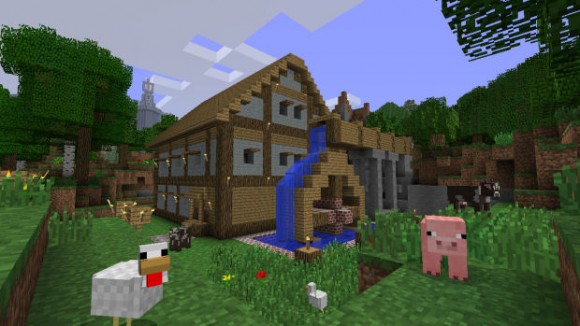 There were some bumps along the way – as there always are – but overall, 2012 was another great year for gaming. Developers can really flex their muscles with the hardware we have available, and Nintendo has already kicked off the next generation with the Wii U. 2013 is bound to be just as, if not more, exciting than 2012 was, due in large part to the expectation that either Sony or Microsoft will unveil their new console. Get excited, because I have a feeling that 2013 isn’t going to disappoint on the heels of 2012.