White iPhone 4 on Sale in China

While those in the United States, and pretty much everywhere else, still try and deal with the fact that they still can’t have their very own iPhone 4 in white, it looks like a few digital retailers in China have been stockpiling white iPhone 4s. Reportedly, these devices were originally on their way to the United States, but obviously Apple put the ka-bosh on that, and now they’re just sitting in China, waiting. At least, they were until they decided to start selling them.

While we know there’s a few white iPhone 4s slinking around the globe right now, it’s currently not possible for someone to actually buy one. Not in an official, Apple-approved fashion, anyway. But, if you don’t mind any of that, then you can possibly find one in China, ready to go. As reported by Gizchina originally, retailers are now offering the white iPhone 4 on their site. And, before we start calling out fakes, it looks like these people have the real deal, as seen by the box, and the serial numbers.

The kicker comes in the fact that these retailers are able to pretty much sell these devices for whatever price they want. As of right now, it looks like if you want a standard 16GB white iPhone 4, it can run you anywhere between $800 and $1,200. Not a cheap purchase to be sure, but if you do decide to pull the trigger on this, at least you know you’d be one of the few people in the world to actually have a white version of the device. And you didn’t even have to put it together yourself. 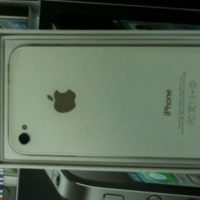 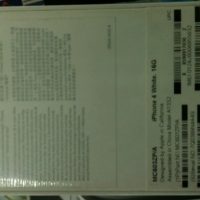 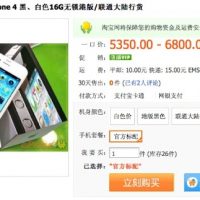