When Will Nintendo Listen to Gamers on Hardware?

If you had a chance to peruse Nintendo’s earnings for the last quarter, you’d find something rather, well, expected: hardware sales are more than a little concerning and yet the company continues to believe that staying the course and being the same old Nintendo with the same old philosophy on the gaming market will work.

Nintendo needs to start listening to consumers and realize that we just don’t care about its hardware anymore and the time has come to either change its strategy and deliver something new or break out of that market entirely.

During the three-month period ended June, Nintendo sold a whopping 510,000 Wii U units worldwide. While that number was up from the abysmal 160,000 units it sold during the same period last year, its total sales to data are only 6.7 million. 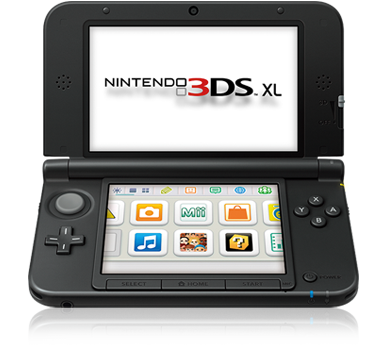 Meanwhile, Nintendo’s 3DS is falling off a cliff. According to the latest data from the company, hardware sales hit 820,000 units for the 3DS in the quarter, down from the 1.4 million it sold during the same period last year. What’s worse, Nintendo appears to have no strategy in place to actually fix that and turn things around for the 3DS.

The Wii U’s apparent “success” during the period was due in large part to the latest entrant into the Mario Kart franchise, which made some people around the globe find reason to buy a Nintendo console. Once sales on that software die down, however, it’s not clear how Nintendo plans on bringing yet more gamers into the fold.

Although I’ve been loath to say outright to this point that the Wii U is totally dead, I think it’s safe to say now that it is. What’s more, the 3DS appears to be on the downswing and could very well be dead in a year or so, as well.

If Nintendo and its CEO Satoru Iwata took time to read the writing on the wall, they would discover that no one really cares about Nintendo hardware anymore. Sure, the games the company pumps out are interesting and of some value, but for hardware, it’s hard to justify spending any money on a platform that has been topped by nearly every high-end smartphone and tablet on the market already.

I understand that the Wii was a bit hit for Nintendo, but that was a different time and a different consumer base. That was before mobile devices swept the globe and before developers realized that partnering with Nintendo was a bad move.

The future for Nintendo is in becoming a software developer and creating games for all kinds of mobile devices and other consoles. While that might immediately bring to mind SEGA and the relative lack of interest people have in that company now, I think Nintendo has stronger franchises and can do more with its operation than SEGA ever could. So while Nintendo might not always be at the top of our minds, it won’t fall into oblivion like SEGA has.

The truth of the matter is this: consumers have spoken with their wallets and they don’t want Nintendo hardware. I know it, you know it, and even some of the most loyal Nintendo fans know it.

It’s about time Nintendo actually figures it out.