Although it wasn’t completely unexpected, it still scandalized many when WhatsApp announced a policy changed that unsurprisingly favored handing some information over to its parent company, Facebook. After trying to clarify its position, the messaging platform opted to delay its implementation but eventually pushed a Terms of Service that limited features unless you accepted them. These events resulted in a number of migrations to other chat services, and WhatsApp is now reportedly making amends by making those terms optional except in one specific case.

Although there will always be misgivings about sharing information with Facebook when you’re not using Facebook directly, the root cause of WhatsApp’s recent controversy was mostly miscommunication. It poorly communicated the exact purpose, nature, and limitations of this data-sharing policy, forcing it to delay, revise, and even recant those terms.

WhatsApp eventually settled for limiting functionality over time until users accepted its new reality, though that also met with strong criticism. WABetaInfo now reports that the network is revamping its ToS again to finally make it optional except when messaging businesses that use cloud providers. In that case, users will have to agree to those terms before they can even send that message to the “special” business. 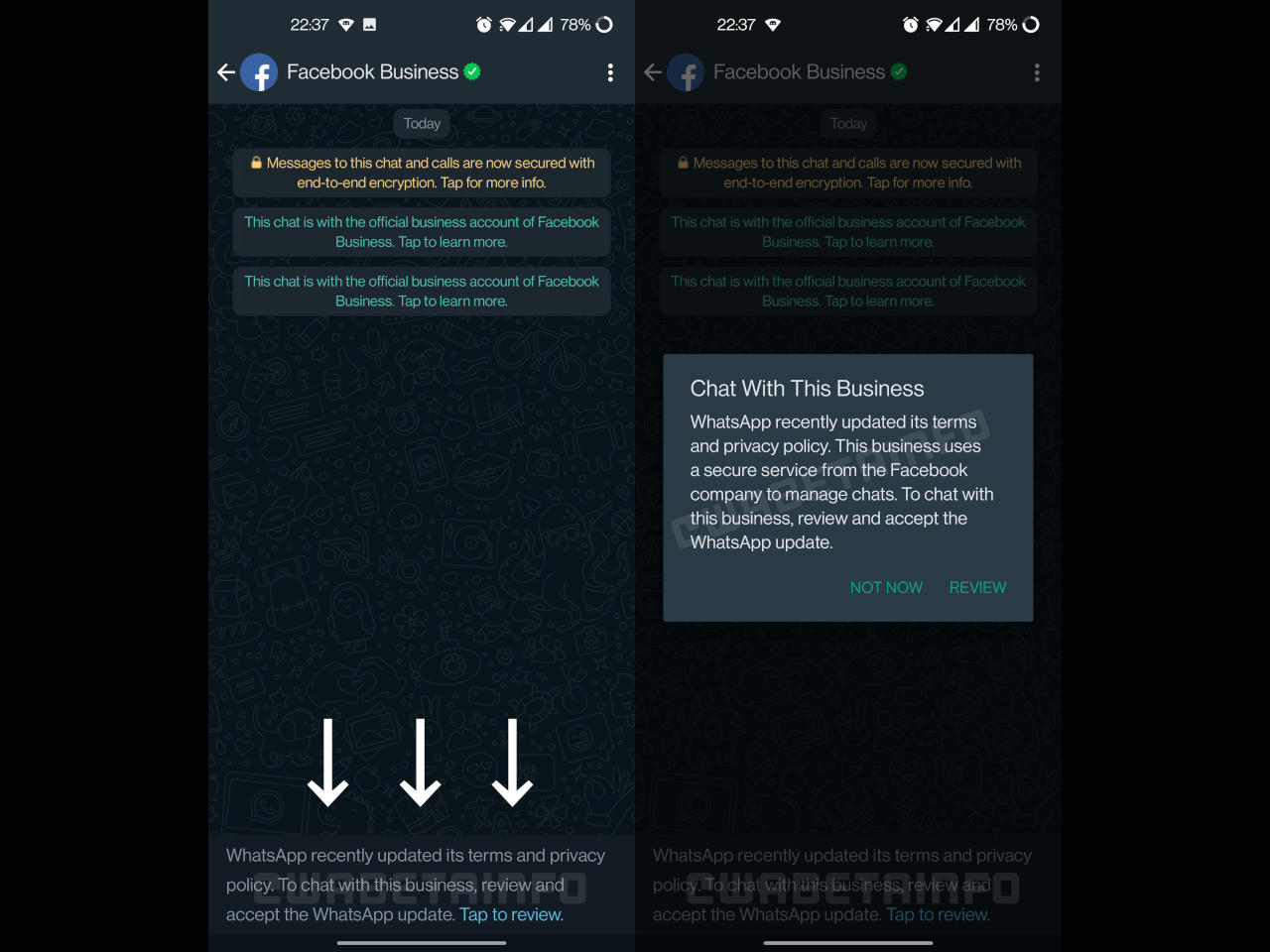 This is a policy that WhatsApp should have done in the first place since it addresses the real purpose of the new privacy policy, or at least the stated purpose. The company has repeatedly insisted that the terms were only meant to be relevant to WhatsApp Business users or users chatting with those businesses. Unfortunately, the way they implemented it dragged each and every user into that mess.

At the end of the day, regular WhatsApp users won’t have to worry about the new privacy policy and dismiss those notifications in a heartbeat. There is, however, no known date for the announcement of these changes, but it will hopefully put the controversy to rest once and for all.