Instant messaging services introduced the idea of online statuses, allowing users to know whether their intended recipients are even around to read their messages. That eventually evolved into “Last Seen” information that gives other people some insight into a private part of your life. Most messaging services simply let you turn Last Seen visibility on or off, but WhatsApp might be considering a way to give users finer control over who can see it and who can’t.

For years now, WhatsApp allows users to control who can see their Last Seen status but in a more generic way. Along with Profile and About information, users can only select between allowing everyone to see their Last Seen status, allowing no one to see it, or letting only Contacts view the information. There’s no wiggle room for anything in between, but WABetaInfo has seen clues of that changing sometime in the near future.

According to the site, WhatsApp will have a new “My Contacts Except…” option in addition to those three older choices. The feature seems to be straightforward and would let you have a sort of blacklist among your contacts. Everyone in your contacts list will be able to see your Last Seen status except the ones you add to this list. 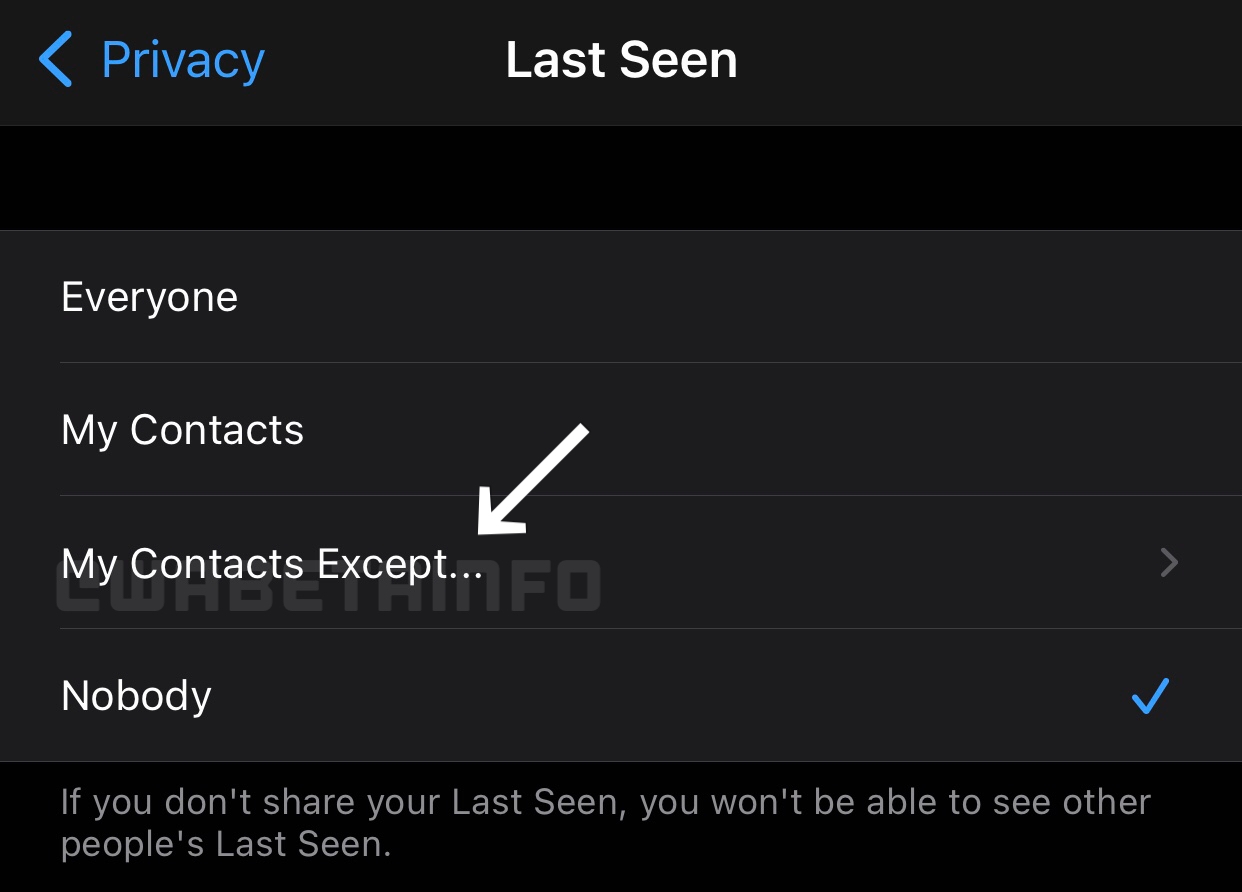 This could be handy in times when you wish to “hide” from certain contacts but not from everyone else. Of course, this option still works like the others, and you won’t be able to see the Last Seen status of people you choose to hide your own status from. Apparently, this new privacy feature will also be available to control the visibility of Profile Photos and Bios.

The screenshot above was taken from WhatsApp on iOS, but there’s little reason to believe it won’t be available on Android as well. At the moment, however, there is still no clue when this feature will roll out as it is reportedly still in development.