WhatsApp disappearing messages can now be your default

It sounds like this new setting won’t apply to group messages, as WhatsApp says that users will have the option to turn on disappearing messages when creating new group chats. This feature also won’t change existing chats that don’t have disappearing messages turned on, so you don’t have to worry about opting in and having all of your old conversations disappear after certain periods of time.

Users will also have the options of turning disappearing messages off for certain chats, so you’re not exactly locked into your choice if you have discussions with useful messages you’d like to keep around for an indefinite amount of time. In addition, those who you chat with will see an alert at the beginning of the conversation that tells them you’ve turned on disappearing messages by default, so they won’t be taken by surprise when messages start vanishing. 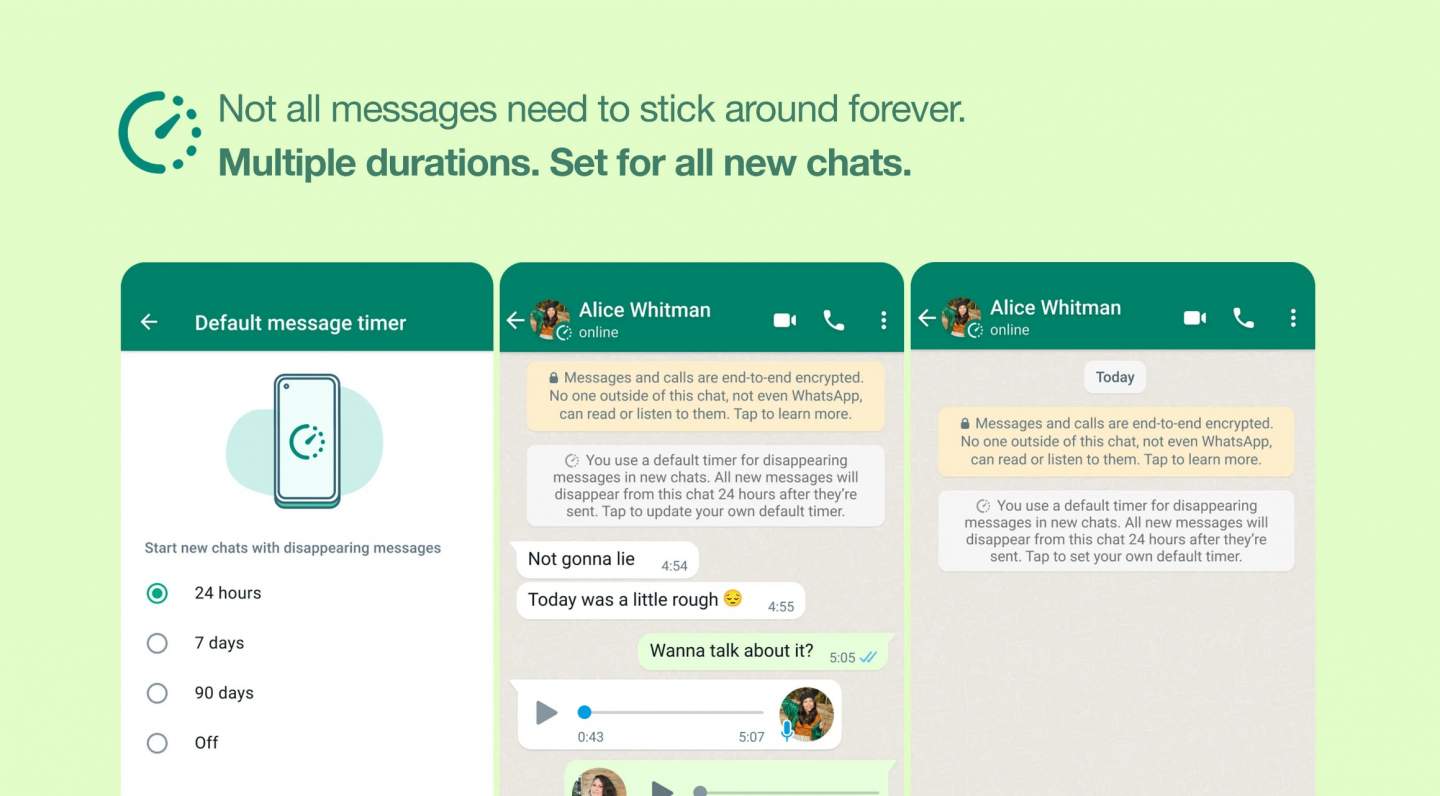 Why should you turn on disappearing messages?

So, should one of those devices get lost or stolen, whoever possesses it could view the chats in question, assuming they can access the ill-gotten device. It may seem like a rare thing that won’t happen to you, but if you share sensitive data in your chats, there’s no such thing as being too safe. After all, the time to secure your data is before a big accident happens, not after.

As WhatsApp points out in today’s announcement, the disappearing messages feature is also good for those who don’t want what they’ve said to be sitting in chats for years after the fact. Most of us probably don’t benefit from those chat transcripts dating back years anyway, so using this feature and making disappearing messages the default might not be a bad idea. The update is available in WhatsApp today, and you can find it by navigating to your privacy settings and finding the “Default Message Timer” option.