WhatsApp has criticized Apple for double-standards, arguing that the new privacy labels third-party apps will need to show should also be required for Apple’s own software. The new labels – which borrow the concept of nutritional information on food, but focused on what data software collects on its users – will be required if developers want to have their titles included in Apple’s App Store.

Those labels break down the different types of data collection into categories such as contacts, financial information, usage data, and location. In WhatsApp’s case, for example, its privacy label includes details on how uses phone numbers to deliver messages, how it collects card or bank information if you enable payments, and how it gathers coarse location details from IP address and phone number country code.

While the Facebook-owned messaging app says it agrees with efforts to boost transparency, and detailed earlier this week exactly what its Apple privacy label covers, it also pushed back at how the Cupertino firm is running the system. Most controversial is the fact that, while third-party apps will need a privacy label, Apple’s own software does not. That, WhatsApp argues, unfairly tips the scales toward software like iMessage that is preloaded on iOS and other Apple platforms. 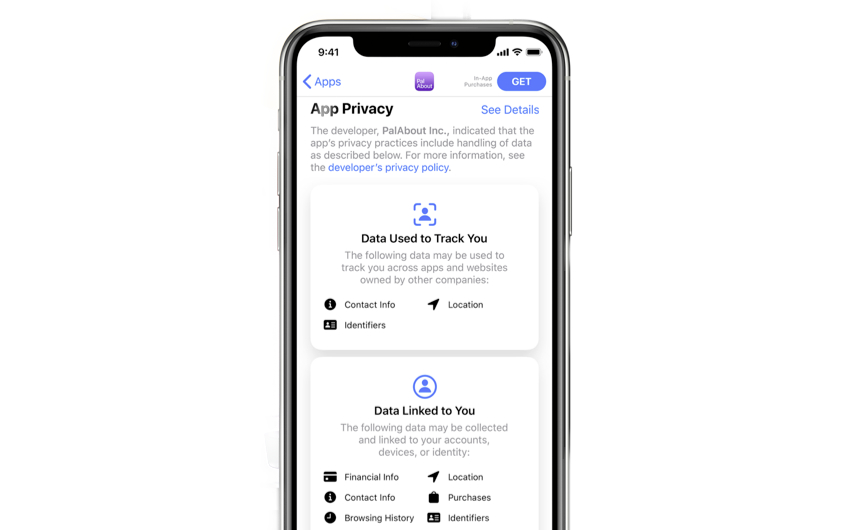 “We think labels should be consistent across first and third party apps as well as reflect the strong measures apps may take to protect people’s private information,” a WhatsApp spokesperson told Axios. “While providing people with easy to read information is a good start, we believe it’s important people can compare these ‘privacy nutrition’ labels from apps they download with apps that come pre-installed, like iMessage.”

Developers will be required to include the privacy label information by January 2021, Apple having announced the system at its WWDC 2020 event back in June of this year. However the information served up in those labels has proved to be equally controversial, as Apple attempts to balance developers’ desire for detail with users’ general reluctance to read through long, granular lists.

“Our teams have submitted our privacy labels to Apple but Apple’s template does not shed light on the lengths apps may go to protect sensitive information,” WhatsApp points out. While in its blog post it details exactly what is, and isn’t, being collected and stored, WhatsApp argues that Apple’s labels are unduly simplified and as such fail to give credit to developers who take extra care with personal data.

“While WhatsApp cannot see people’s messages or precise location,” the company spokesperson pointed out, “we’re stuck using the same broad labels with apps that do.”

Privacy from third-party apps in the App Store has long been an area of focus, with Apple relying on its relatively strict policies and at-times opaque approvals system to maintain its standards for iOS, iPadOS, and macOS software. However that has, at times, led to complaints by developers that the Cupertino firm’s own apps aren’t necessarily subject to the same limitations as their third-party apps are.

Update: Apple has clarified that its own apps will be required to show a privacy label as well, just like third-party software. For apps not pre-installed, that will be shown as part of their App Store listing. Preloaded software, such as iMessage, will have a privacy label available on Apple’s site.