What on Earth is HTC thinking?

This afternoon HTC brought a number of fashion models on stage to an event where they’d planned on revealing several new devices. These models walked across the stage with MegaMan-like electronic music and soulless, model eyes. And no purpose. Or if the purpose existed, it wasn’t immediately obvious. It’s as if HTC picked up on the strangest and most useless elements in the average big-time Samsung Galaxy event and blew it up for their own event, complete with an extended mix for publishers in the audience – again, without an immediately apparent purpose beyond aesthetics.

Dressed like Tron-jellyfish, HTC’s models walked back and forth across the stage holding what we must assume were HTC smartphones. We couldn’t exactly see the device up close – but since HTC had just shown off their new Red and White Desire EYE, it’s safe to assume that’s what they were carrying. 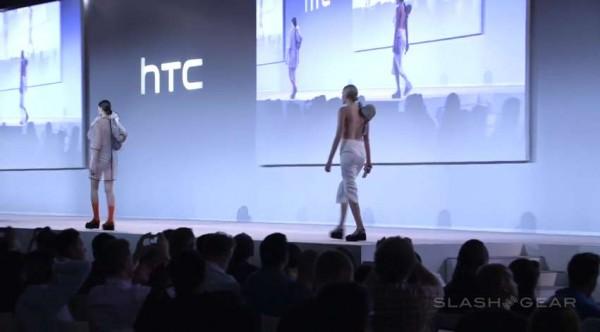 This device works with a couple of powerful cameras, one up front, the other around the rear, both with LED flash for high-quality photos and video. Perhaps we’re seeing HTC attempt to become a fashion-oriented brand? 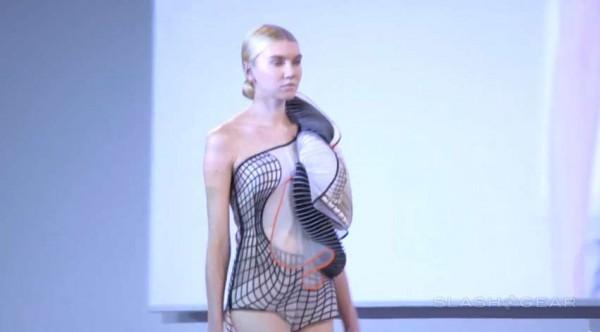 Selfies seem to be the most important element in this HTC event. “Everyone loves selfies,” and HTC representative said at one point, going on to suggest that they weren’t yet easy enough to capture. 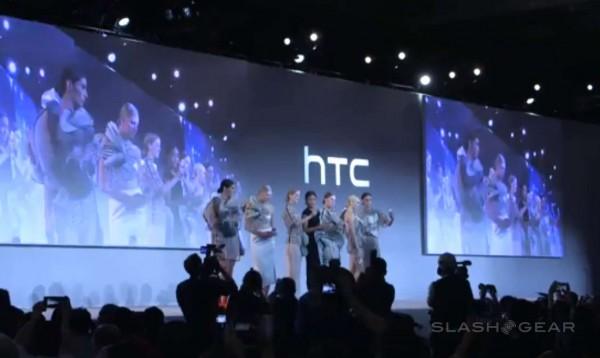 If HTC’s goal was to capture our attention with a show unlike anything they’ve ever done before, they’ve done it. Otherwise – we’re just not sure.

ADDENDUM: More models have hit the stage. They’ve brought the HTC RE – the tube-like action camera shown by HTC just moments ago. Things have not gotten any less strange. The models are happy now. 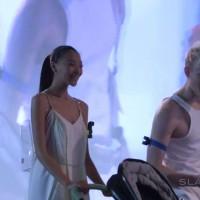 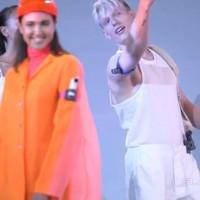 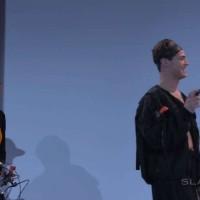 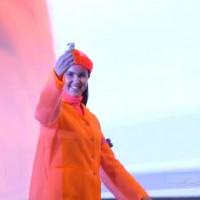 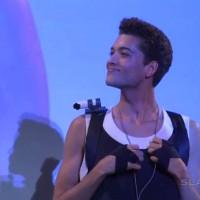 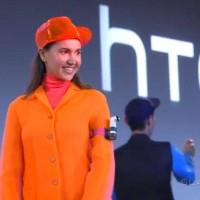 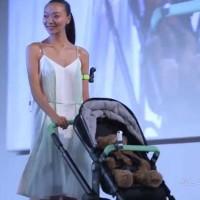 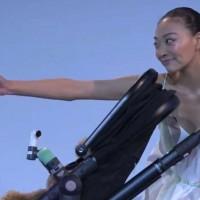 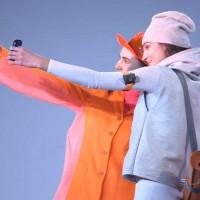