What does iPhone 6 need to restore Apple’s innovation crown?

Apple was once the king of innovation. Ask anyone. When Steve Jobs unveiled the iPhone in 2007, his company was on top of the world. He had just announced the most forward-thinking device ever, his iPod was easily the most innovative music player on the market, and his computers were top-notch. Then the iPad launched and proved again that Apple was an innovation leader after topping competitors in the form factor.

Over the last few years, however, Apple has arguably lost its innovation crown. Save for the Mac Pro, which is possibly the most innovative desktop on the market right now, I can’t think of a single product Apple has offered up in the last couple of years that is noticeably better than anything its competitors have offered. Meanwhile, those competitors have started to push the envelope with better display technology, 3D, and other features that, so far, Apple has been loath to bundle into its products.

That’s why the iPhone 6 will play such a crucial role for Apple and its ability to one day take back the crown as the world leader in innovation.

We knew last year that Apple wasn’t going to do anything groundbreaking in the smartphone market. As its history has shown, every other year, the company releases a major upgrade to its devices, and in the interim periods, offers iterative updates. Last year happened to fall into the latter category. This time around, Apple is expected to unveil something much bigger and better.

The trouble for Apple is that it’s built itself up as a leader in innovation. And although the company is not nearly as innovative as it once was and is more prone to chasing profits than it had been previously, it can’t quite shake the “innovation” messaging from its lexicon. Apple continues to believe – publicly, at least – that it’s producing more innovative mobile devices than Amazon, Samsung, and LG. Looking at the specs on products from those firms, however, tells a much different story.

But the iPhone 6 has the ability to be something different for Apple; it can be the device that brings back the company’s focus on innovation at all cost and eschews the idea that it’s simply trying to make products with components that, while nice, will maximize its profits. 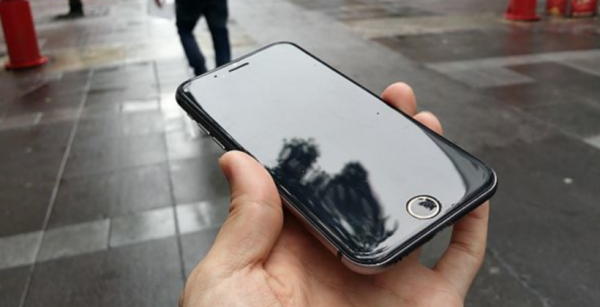 So, what does the iPhone need? It goes beyond a bigger display and a hard-to-scratch screen. Apple needs to offer something in the iPhone that cannot be so easily copied by a competing firm or so easily bested by another. Apple needs to find a way to deliver to the market something it hasn’t seen and prove to us all that it really wants to deliver a Mac Pro of the mobile space.

The good thing for Apple is that becoming the “Mac Pro of the mobile space” is fully within its grasp. The company has more cash than just about anybody, which would allow it to invest heavily in the higher-end components and features we haven’t seen yet.

Apple has become a somewhat odd company. Since Tim Cook took over, profitability and margins have become commonplace in executive discussions, and yet, consumers are starting to get bored, which will only hurt those metrics. Apple needs to rethink who it is and what it wants to be in mobile.

If it doesn’t, it won’t be long before some of its formerly loyal customers look outside the Apple sphere of influence and see that there are some truly compelling devices from Samsung, LG, and Amazon, that might deserve their cash.

The pressure is on, Apple. Can you make the iPhone 6 deliver?