Wendy’s restaurant has its own phone now, with Wendy inside

If you’re looking for a unique smartphone, the restaurant chain Wendy’s might have what you seek. They’ve suggested they’re releasing a total of 20 Wendy’s Phone devices that they’ll be sending to fans that take part in an event hosted by Wendy’s Canada – and it would appear that it’s all legit. Wendy’s really, truly has it’s own smartphone.

Per a short FAQ section on the Wendy’s website in Canada: Why did you make a phone? “We just felt like it.” Can it make calls? “Yeah it’s a phone.” What about texts? “It’s a phone.” It should be clear that the situation is largely about hype, and making Wendy’s Canada seem like a real with-it sort of brand.

Nonetheless, there does appear to be a Wendy’s phone. The device almost certainly uses Android and has its own 6.4-inch HD+ display. There’s a rear-facing fingerprint sensor, a set of three cameras at the back, and it comes in any color you like, so long as it’s red.

This phone also has a “new kind of voice assistant” that’ll respond to “Hey, Wendy.” Or at least it MIGHT respond to Hey, Wendy. The way the company has the details listed, it could go either way. “Just say ‘Hey, Wendy’ and you can set an alarm, get directions, even ask Wendy to tell you a joke. And if she feels like it, she might even do it!” 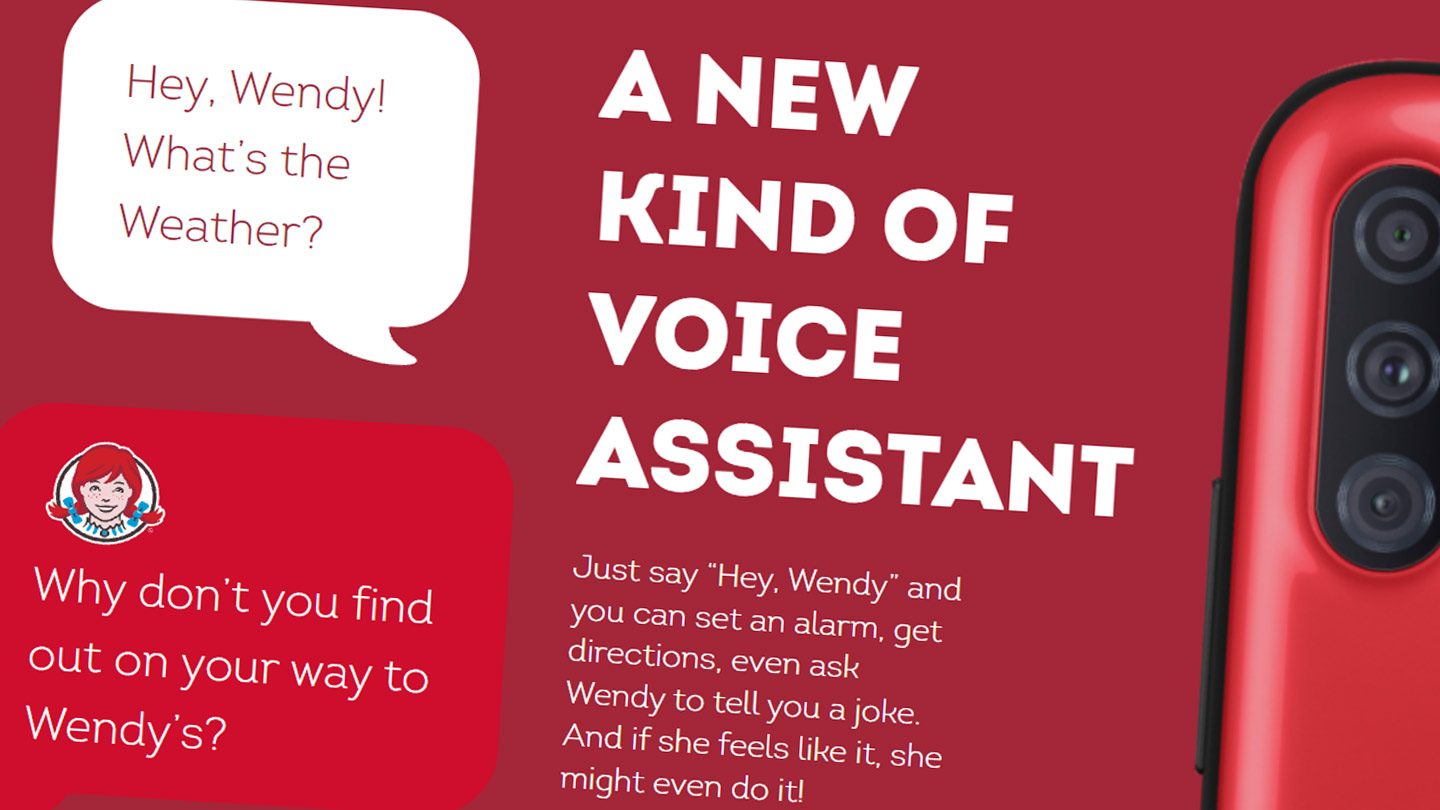 It’s entirely possible that the phone’s Wendy assistant could end up pressuring you into visiting the restaurant instead of answering your questions, too. One example of a question and answer between a user and the Wendy’s assistant goes as follows: “Hey, Wendy! What’s the Weather?” Wendy responds: “Why don’t you find out on your way to Wendy’s?”

It’ll be interesting to see whether this device actually finds its way to winners hands, or if the company will simply replace the prizes with coupons for free burgers (as is their right, so long as the amount of burgers exceeds $600 in value, per the rules and regulations!)