On Friday, January 15th, Grinding Gear Games released a new seasonal league for Path of Exile. This latest league, called Ritual League, is unlike most of the seasonal leagues we see Grinding Gear Games release for a couple of reasons. For starters, this league is arriving later than expected. Originally scheduled to launch on December 11th, Grinding Gear Games decided to delay the roll out of this league after Cyberpunk 2077 was delayed to December 10th, as it didn’t want to force players to choose between playing the new Path of Exile league and Cyberpunk – one of the most anticipated games in recent memory.

I’m guessing that most Path of Exile fans would have preferred to have Ritual League to dive into following the disastrous launch of Cyberpunk 2077, but in any case, Ritual League isn’t only special because its launch was delayed by a month. It’s also shipping alongside a new endgame expansion called Echoes of the Atlas, which adds further depth to an endgame progression that’s already shockingly extensive.

It has lapsed Path of Exile players returning in droves, too. While Echoes of the Atlas and Ritual League haven’t been filled with bugs like the previous league, Heist, was, Grinding Gear Games has noted that the new expansion has “seen 11% higher peak player numbers than any previous Path of Exile release,” resulting in server instability that is causing some players to experience multiple crashes.

I’m one of those players, but despite the crashes, I am once again all-in on Path of Exile after a weekend of playing. This is particularly surprising to me because I played Heist League extensively as well, so it was just a few months ago that I was also in the throes of Path of Exile addiction. Typically, I’ll take a few leagues (which last for around three months) off in between stints with the game, but it’s looking increasingly like I’m no longer just a casual Path of Exile player.

Don’t get it wrong, I’m still a hopeless noob when it comes to thoroughly understanding every aspect of this game, but that isn’t entirely my fault. Here at the beginning of 2021, Path of Exile is a game that’s packed to the brim with content. These seasonal leagues almost always introduce a new game mechanic that is added to the core gameplay rotation after the leagues end, and with roughly four new mechanics a year being added since 2013, there’s a lot to take in. 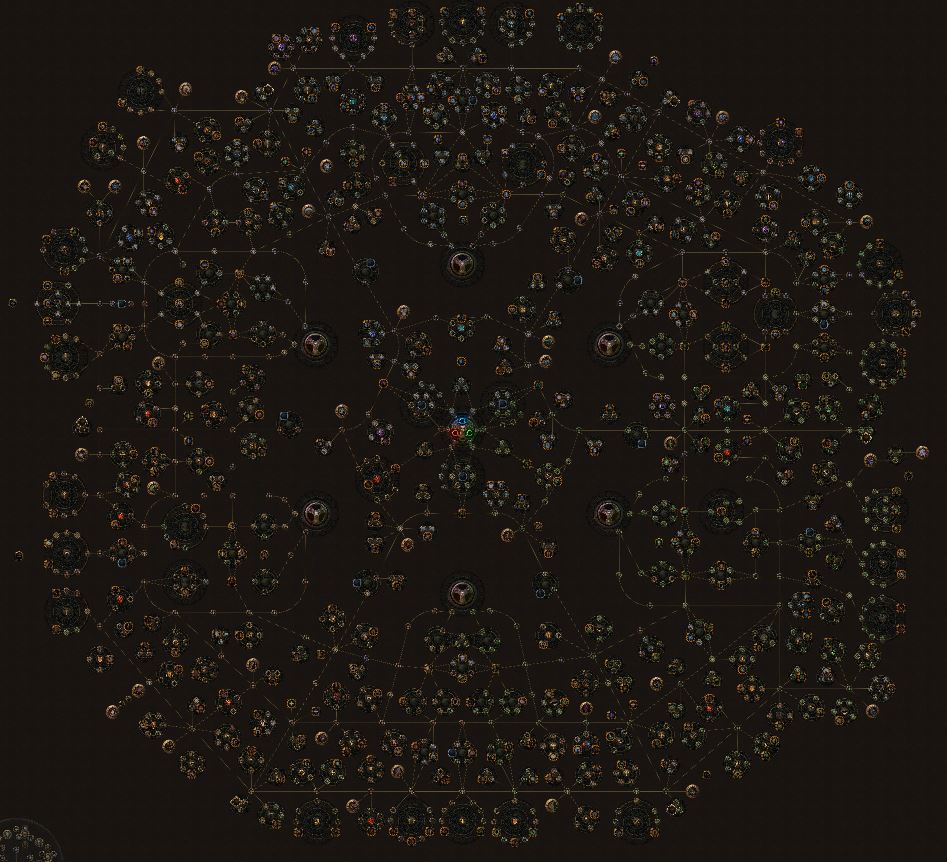 Path of Exile was not a simple, straightforward game to begin with, either. Even those who don’t play have probably encountered Path of Exile‘s passive skill tree in the past, and you can see it as it exists in Ritual League (otherwise known as Path of Exile 3.13) in the image above. Every time you level up, you get a passive skill point to assign to that tree, and there are undoubtedly a number of people who have looked at that tree and decided to give Path of Exile a pass.

I used to be one of those people. After cutting my teeth on games like Diablo 2, Titan Quest, and the original Torchlight, it took me years to dive into Path of Exile because of just how intimidating that passive tree looks. In reality, it isn’t quite so complex – each class starts at a different area on that tree, which is why it’s so big, and though you can assign your points in such a way that you travel around the entire tree, in reality you’re more likely to limit a build to just one or two sections near where you start because those will have the passives that are most relevant to your character. 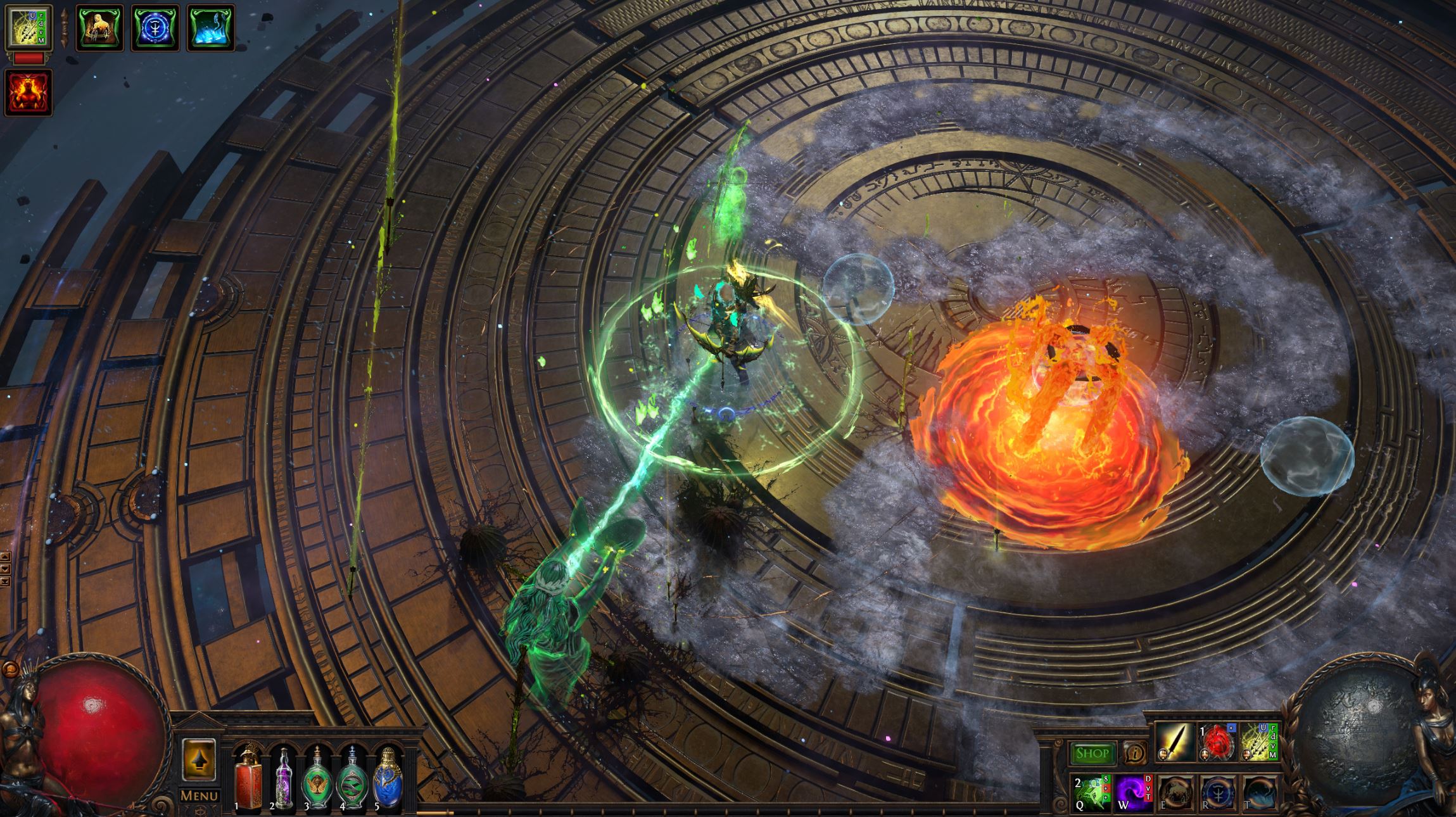 Still, there’s no denying that there’s a lot to familiarize yourself with when you dive into Path of Exile for the first time, and while the fact that the game is so packed might be a good thing for veterans, it can be downright scary for new players. If you take the effort to familiarize yourself with builds, the game mechanics, and that big ol’ passive tree, you’ll discover that Path of Exile is as popular as it is for very good reason.

I don’t know that I’ve ever played an action RPG as addicting (or as fun) as this one, and I say that as a Diablo 2 fan from way back in the day. ARPG fans like myself tend to give a certain reverence to Diablo 2, but these days, I think Path of Exile is the ARPG to beat. For so long now, Path of Exile has set the standard for ARPG games, and there have been plenty of other games that have tried and failed to do action RPG gaming better – some recent games that come to mind include Torchlight 3 and Wolcen, and it seems that neither of those can hold a candle to what Path of Exile has to offer.

Of course, it helps that Path of Exile is free-to-play, with Grinding Gear Games making its money mostly through cosmetic microtransactions. These days, they’ve expanded into the realm of quality-of-life microtransactions like dedicated stash tabs for certain types of items and premium stash tabs that can be used to list items for trade. The more I play, the more I consider those stash tabs necessary, so if you’re going to dive in, you might want to earmark a little money to pad out your stash a bit. 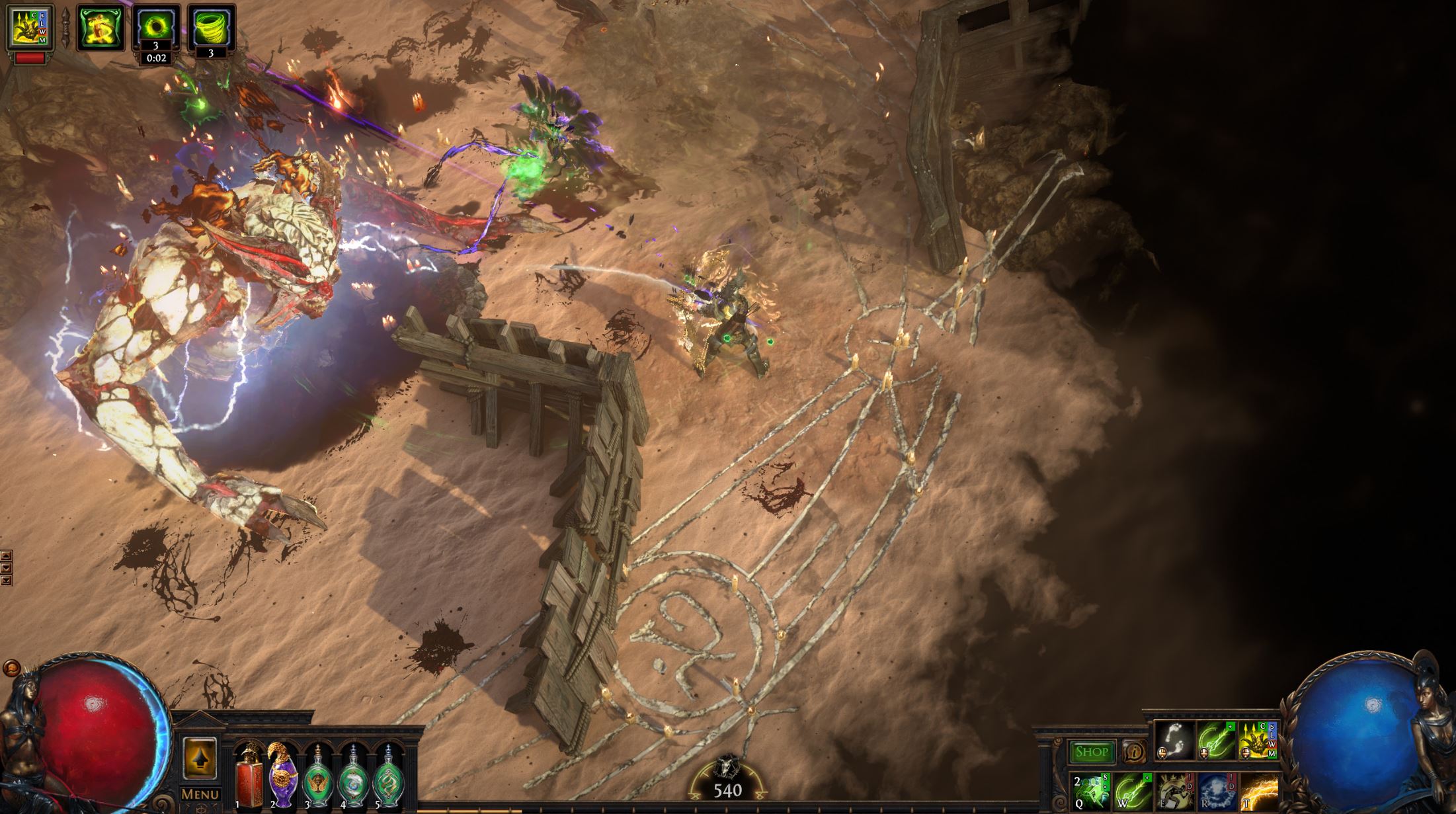 Really, the only major complaint I have about Path of Exile these days is that Grinding Gear Games now also uses loot boxes to sell new cosmetic sets, which ultimately means that those looking to complete a set will be compelled to buy more loot boxes. Those loot boxes aren’t cheap either, coming in at $3 per pop. The same can be said for all of Path of Exile‘s cosmetics, as they seem to be priced a little bit higher than the microtransactions found in other games.

My gripes with the microtransactions don’t detract from the fact that Path of Exile is still a game well worth playing, especially if you like other action RPGs. Echoes of the Atlas will likely be the last major expansion we see for Path of Exile before Path of Exile 2 launches at some point next year, so now is the perfect time to dive in before Grinding Gear Games kicks off a new era.