At the moment, the MMO scene feels very robust, especially for a genre that seemed like it was on the way out just a little while ago. There is, as always, World of Warcraft in both of its retail and Classic flavors. In addition, New World is (presumably) coming out at the end of September, and Lost Ark is finally heading west sometime this fall thanks – strangely – to Amazon, even though it has its own in-house MMO to focus on. However, perhaps the most noteworthy MMO right now is Final Fantasy XIV Online.

There’s a lot of baggage in that sentence I just typed. There seems to be a lot of distaste for World of Warcraft currently, not just because of the direction of the game in general but also because of the shocking sexual abuse allegations against Blizzard in recent months. But, regardless of the reason, there are a lot of people ready to put down World of Warcraft – at least temporarily – and see what else is out there.

I’m one of those people. Two years ago, I wrote an article with a very similar title to this all about my rekindled addiction to World of Warcraft. I wrote that article a short time after World of Warcraft Classic came out, and there’s no question that it quickly got its hooks in me. Thanks to the COVID-19 pandemic played WoW Classic for just about a year, eventually calling it quits a few weeks after AQ40 was added to the game. The grind of being in a semi-hardcore raiding guild got to me, and I quickly became burnt out. 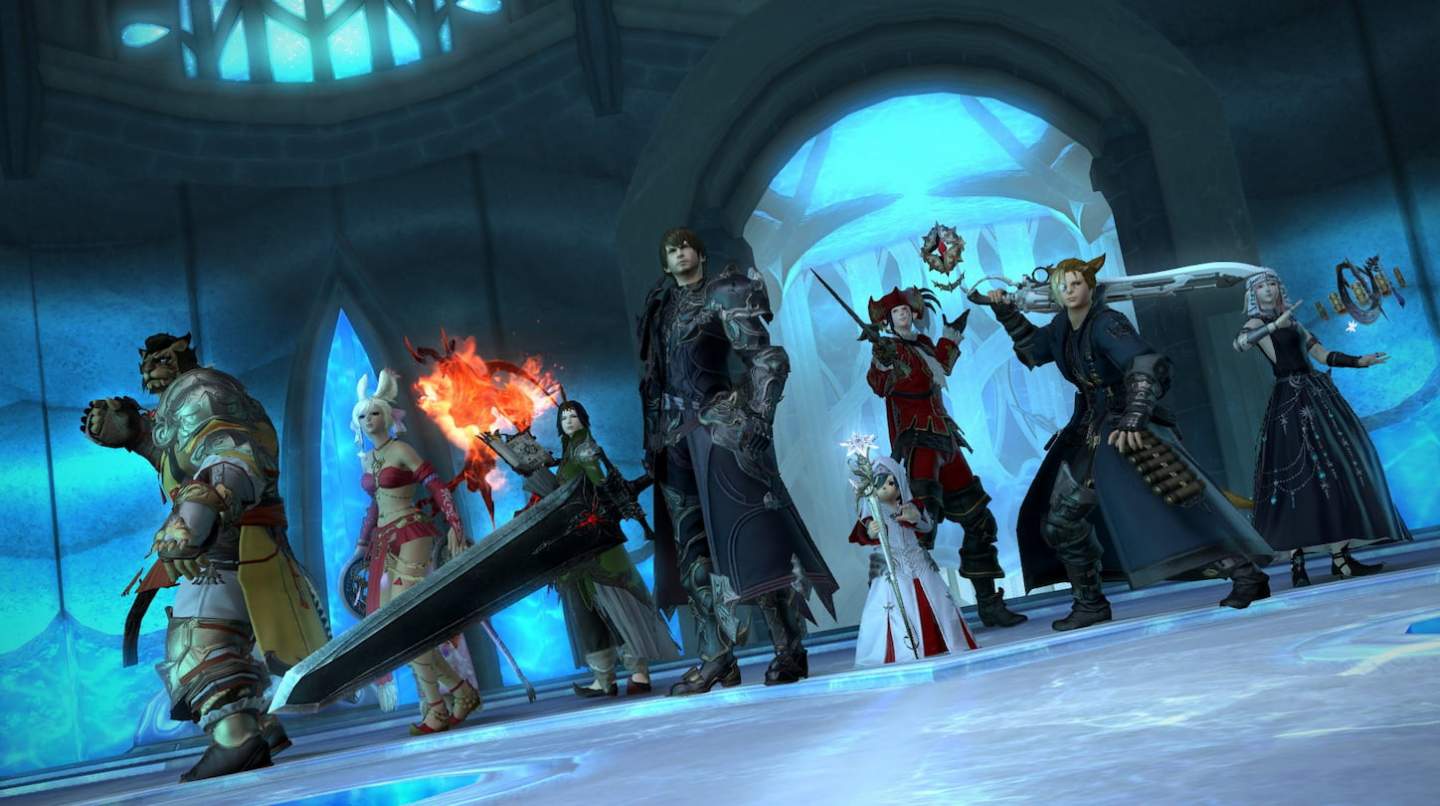 When I quit WoW Classic, I had every intention of returning for the launch of The Burning Crusade Classic (which hadn’t been confirmed at that point but was nevertheless a foregone conclusion). I even told my guild that I’d be back for TBC Classic, because to me, that was peak WoW. My determination to return to the game diminished a bit when I saw that Blizzard was launching a paid cloning service for The Burning Crusade because, to be honest, that’s one of the stupidest in-game purchases I’ve ever been confronted with.

It took another hit when I heard the rumors that Blizzard was planning to bring the WoW Token to TBC Classic, and what was left of my desire to return straight-up vanished when these sexual abuse allegations surfaced. I still wanted to play an MMO, and with WoW Classic off the table, no chance of returning to retail WoW, and New World‘s release date in a state of constant uncertainty, there was really only one place to turn: Final Fantasy XIV Online.

I am clearly not the only person who has picked up Final Fantasy XIV recently, as the game is enjoying a surge of interest and popularity. It’s easy to see why, too, because so far, Final Fantasy XIV has been fantastic. Certain parts of the game feel like World of Warcraft Classic, but the similarities don’t go super deep. For someone who has played WoW Classic, Final Fantasy XIV feels familiar enough to settle in but different enough to still be exciting. 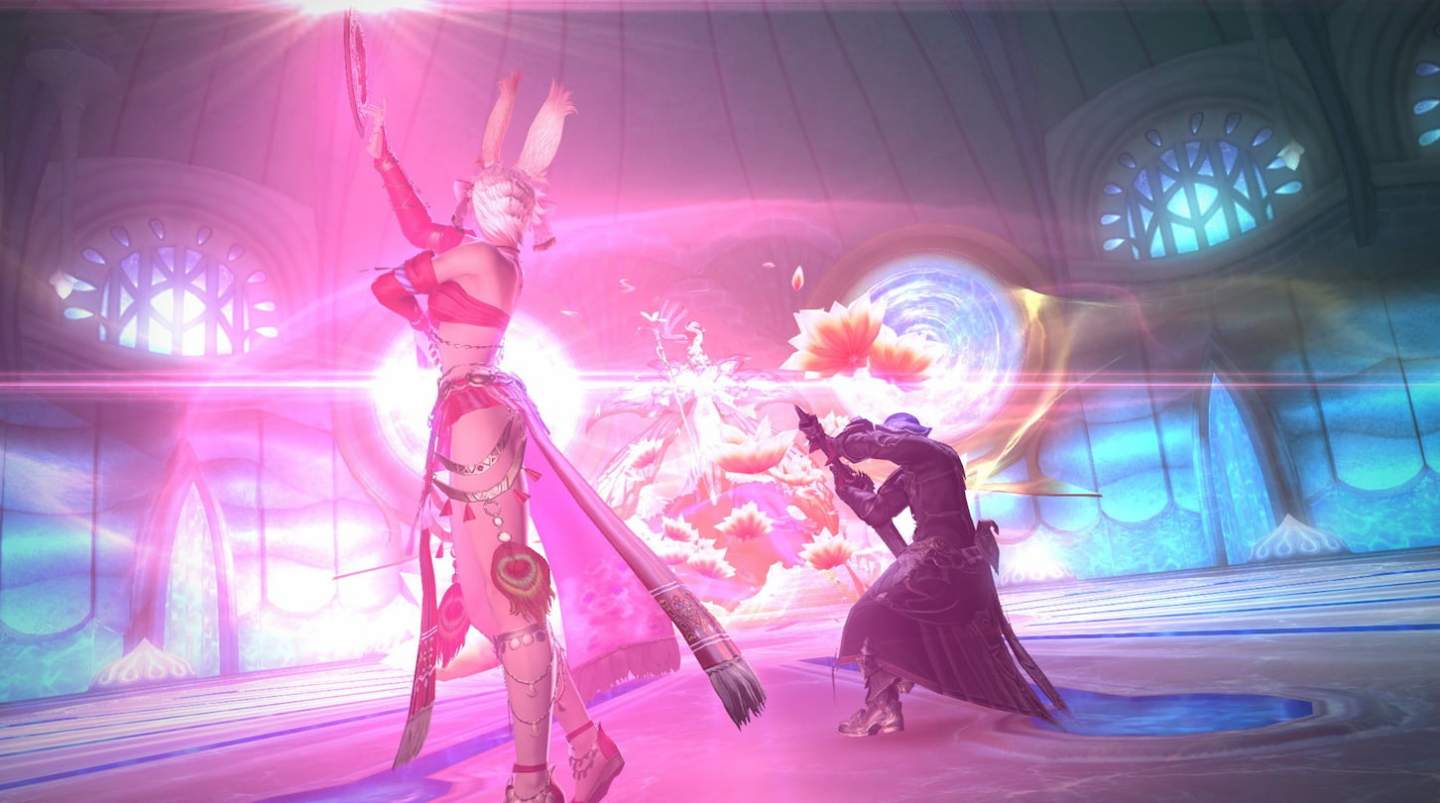 One of the things I like most about Final Fantasy XIV is the fact that it takes a lot of the anxiety out of creating a character. I’m the type of person who will spend a decent chunk of time watching videos about a game’s various classes before I pick one. For example, in the lead-up to WoW Classic, I spent a very long time thinking about what class I wanted to play as my main because that’s not something you can change after creating your character. If you want to play a different class, you have to make another character.

However, in Final Fantasy XIV, you’re not locked to one class. Instead, you can change your class whenever you want simply by changing the weapon you have equipped. Of course, you still have to level each class individually, but you’re never forced to stick with just one. Plus, if you’re like me and you enjoy the leveling process in MMOs, being able to switch to and level new classes on a whim is actually something of a dream.

For instance, knowing nothing at all about the classes, I picked Archer as my starting class in Final Fantasy XIV – you can see my character as a budding Archer in the image below, in fact. At level 30, the Archer becomes a Bard, a class that at times can have a very involved, reactionary skill rotation that you need to pay close attention to. I’m not sure if I’m going to stick with Bard in the long run, but for now, I’m rolling with it to see if it grows on me, and I know that if it doesn’t, I can try out other classes without having to start over from scratch. 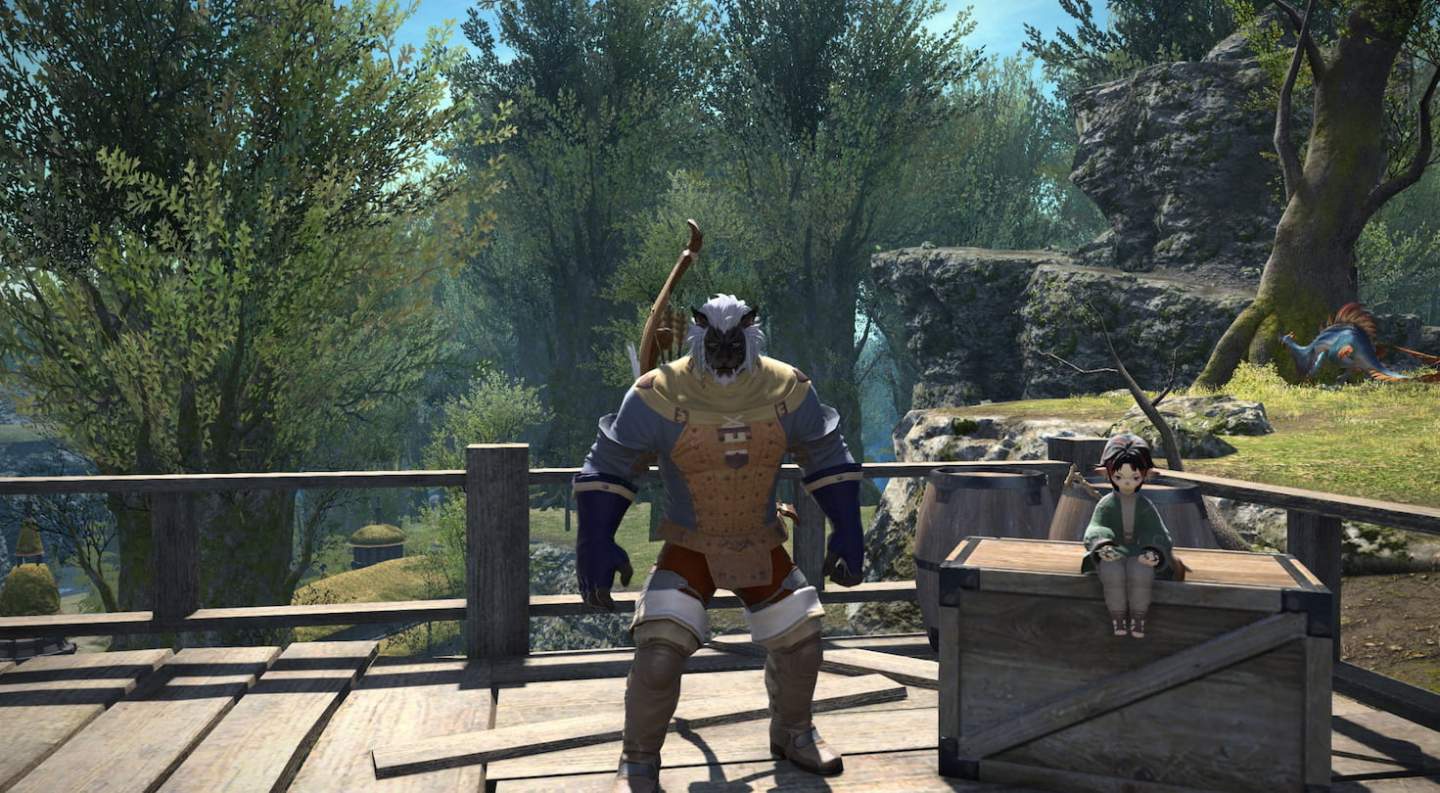 That’s a very freeing feeling for someone who is used to WoW Classic‘s rigid class structure where only certain races can play as certain classes, and when you pick one combo, that’s what you’re stuck with. Any race in Final Fantasy XIV can play any class in the game, and as a result, Final Fantasy XIV lets you create the character you want, rather than forcing you to create a character that can play the class you want.

Another thing I like about Final Fantasy XIV is the focus on story. I’ve only finished A Realm Reborn, and I’m getting ready to dive into the expansions, but so far, I like what I’ve seen of the story. Like any JRPG, there are some low points and some high points, but I’m happy that Final Fantasy XIV focuses on narrative to the point where you feel like you’re playing a regular RPG as you make your way through the main questline.

The deeper I get into this game, the more it opens up, and the more it becomes clear just how good it is. Now that I’m at the end of A Realm Reborn and facing down Final Fantasy XIV‘s three (soon to be four) expansions, I’m getting more and more excited to get my first class to the level cap, finish the main story line, and start leveling new classes. 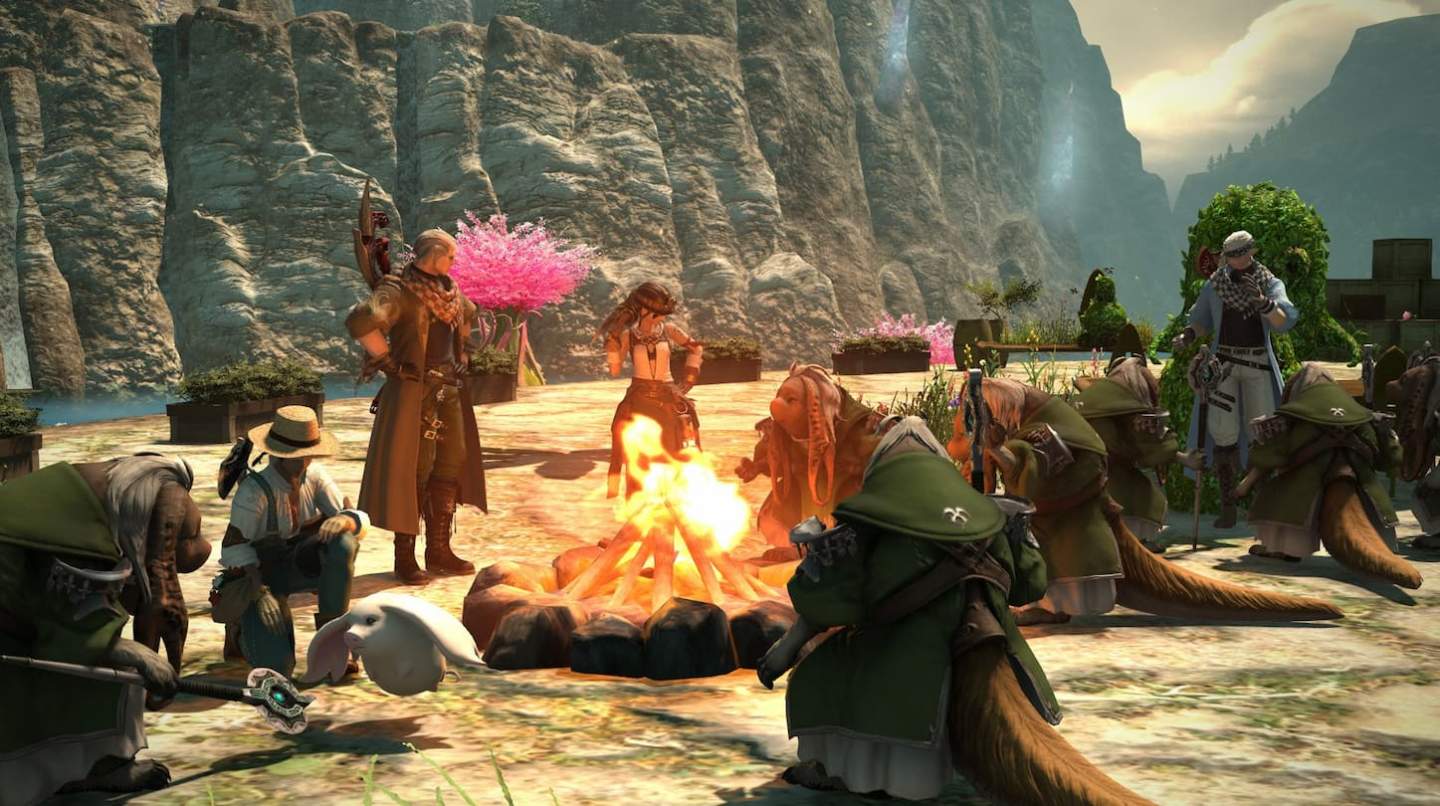 The community in Final Fantasy XIV also deserves a special shout-out. I don’t know if I’ve ever met an online community that’s as welcoming as the one in Final Fantasy XIV. When I’m diving into a new MMO (or just a new game in general) and learning my way around the mechanics, there can be some concern that I’m slowing down other people in my group, but every veteran player I’ve encountered has been very helpful, patient, and understanding. It feels like you don’t see that often in online communities these days.

Overall, I’m very impressed with Final Fantasy XIV so far. I’m shocked that I like the game as much as I do, because at the outset, I started playing Final Fantasy XIV as a way to kill time. While I’m definitely planning on spending some time in New World and Lost Ark when those games finally release, Final Fantasy XIV Online might just be my main game for a long time to come.