We need to talk about the BMW Concept 4

Nobody can say BMW’s latest cars have been forgettable in their styling. The German automaker brought along the gleaming BMW Concept 4 to the Frankfurt Motor Show 2019 this week, and instantly divided opinion about whether its oversized snout was a stroke of design genius or a nasal abomination.

The traditional BMW kidney grille is “distinctive,” to use BMW’s somewhat reserved language for the concept car. It’s something the company has been making larger and larger on its concept and production models alike, each generation seemingly readying to take a huge sniff at the road ahead. 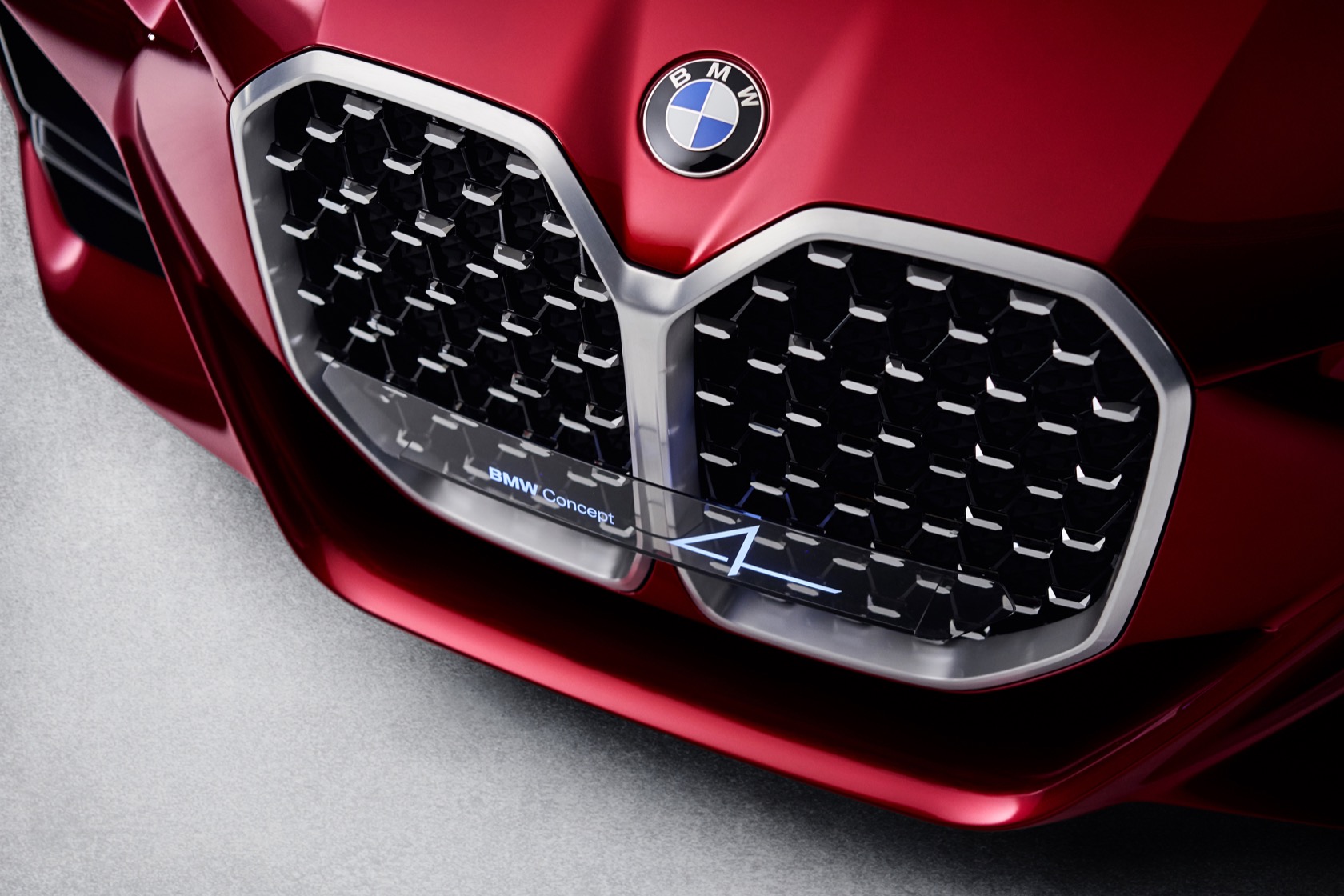 Look closer, if you dare, and you can see that there’s more detail than a glance might reveal. Each of the horizontal bars spanning the grille’s grating, for example, are facet-cut; the grating between each of the kidneys and the air intakes is actually made up of many tiny “4” numerals, all joined together.

Either side there’s a slim twin-headlamp design, with LED elements that go uncovered by the typical glass shell. Instead, BMW opted to integrate the clusters into the bodywork itself. 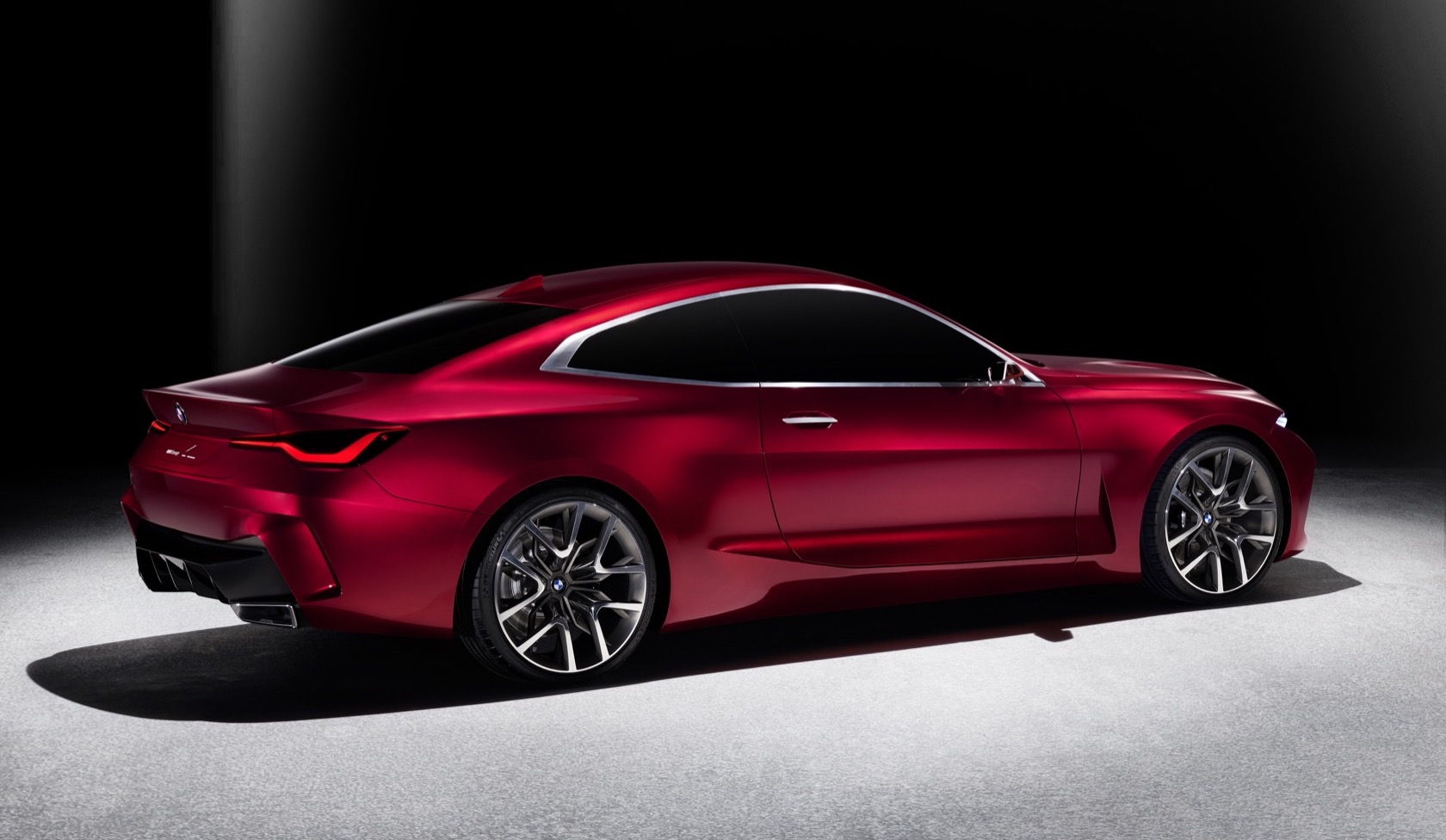 Things get easier to take around the sides, and end up positively charming at the Concept 4’s rear. The combination of the lengthy hood, low roofline, minimal overhangs, and ensuing extended wheelbase make for a great silhouette. BMW is calling the red paint “Forbidden Red” but we’re hoping it ends up “permitted red” and an official color. 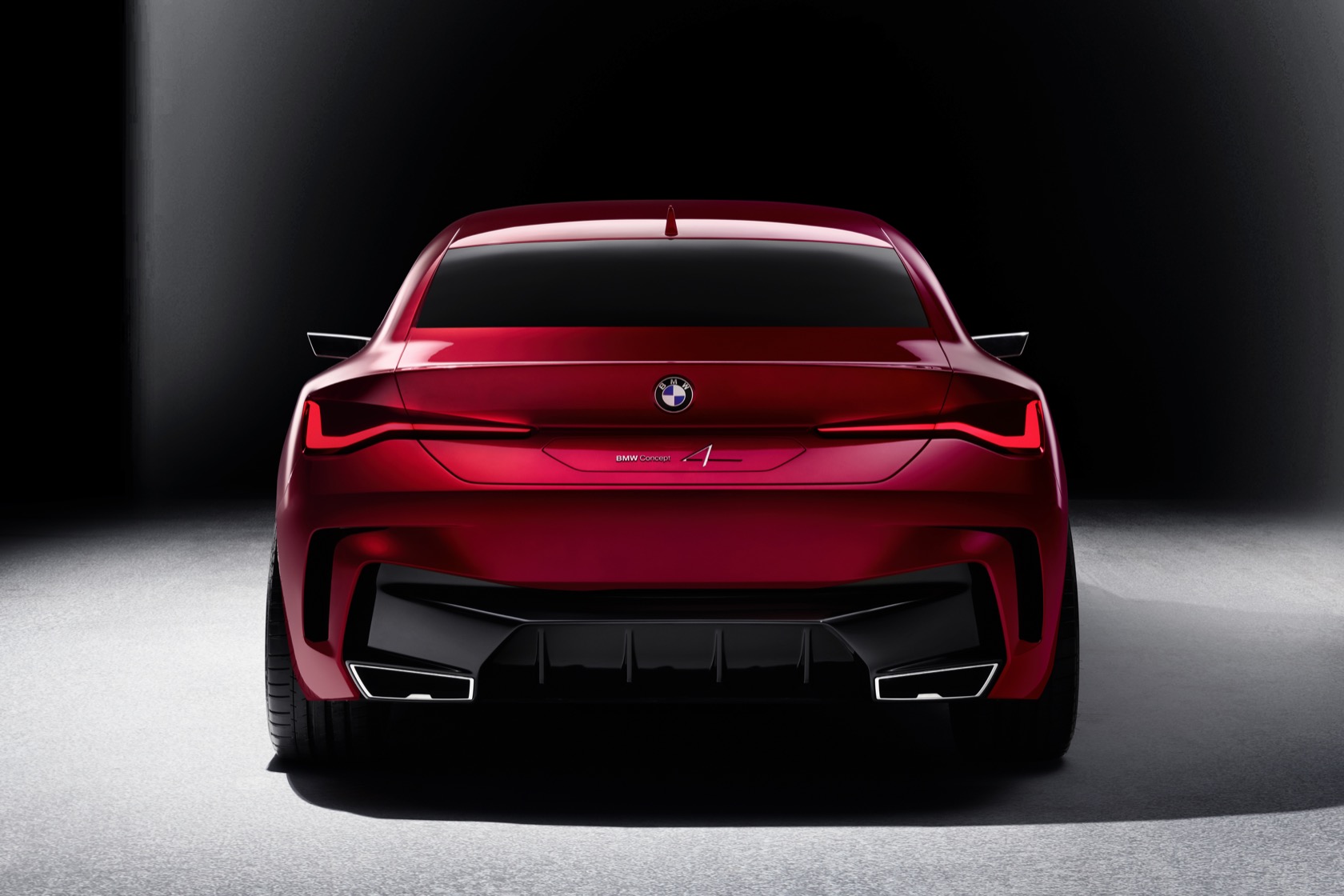 At the back, the interplay of the oversized arches and shoulders, balanced with the character line that runs to the trunk lid, makes for a generally shapely coupe. Factor in the two-section exterior mirrors and the 21-inch dished light-alloy wheels with their dual-finish design, and there’s a lot here we’re hoping makes it to production. That may not be too far-fetched. BMW says that the Concept 4 previews the future face of its 4 Series, and so our fingers are crossed that the rest of the concept will do the same. 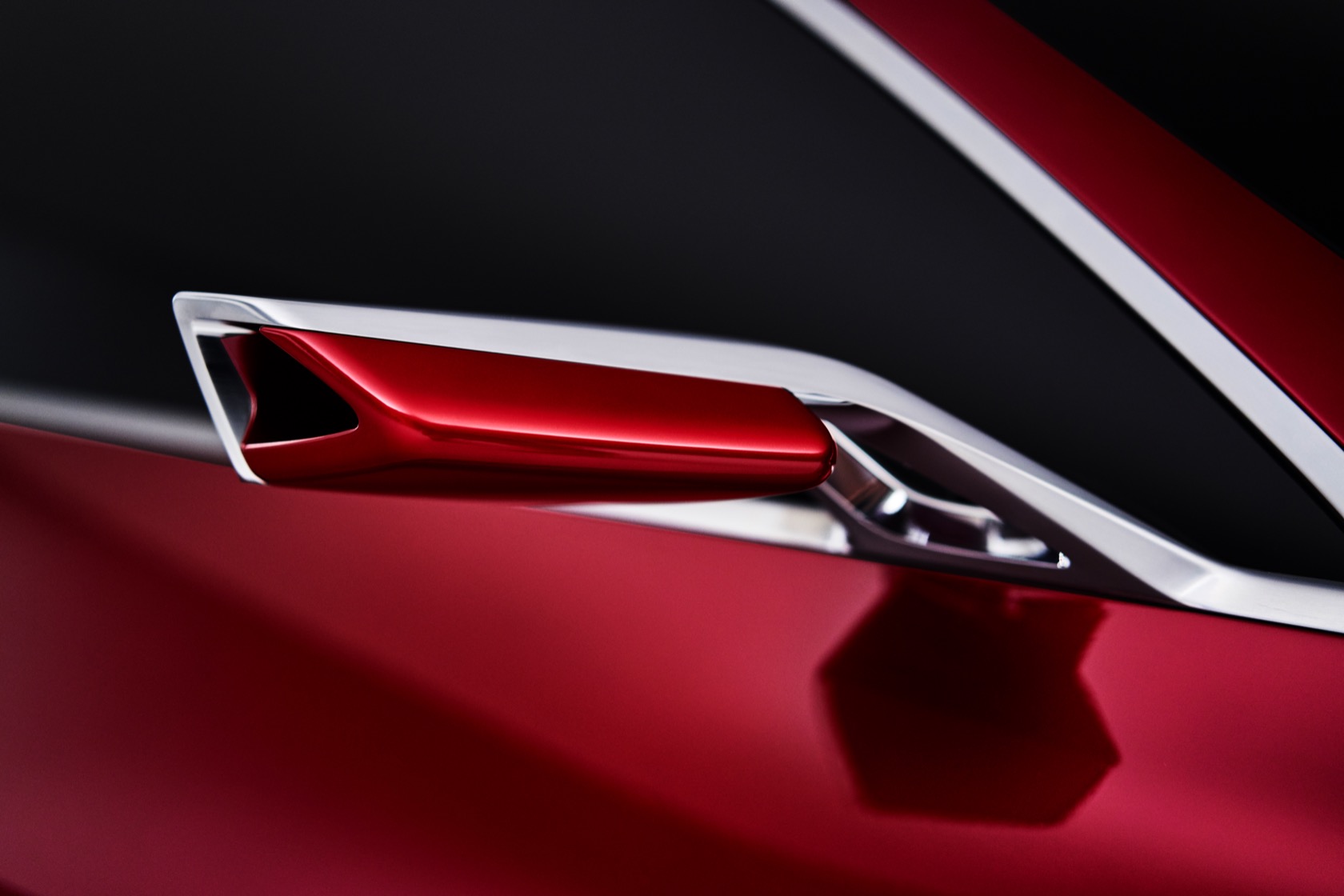 Certainly, BMW is no stranger to controversial design. The so-called Bangle Years – named after former Chief of Design Chris Bangle – were responsible for the divisive styling of the E65 7 Series, among other models. While widely derided at the time, many of the cars Bangle oversaw the design of have gone on to be recognized far more positively for their aesthetics with the benefit of hindsight. 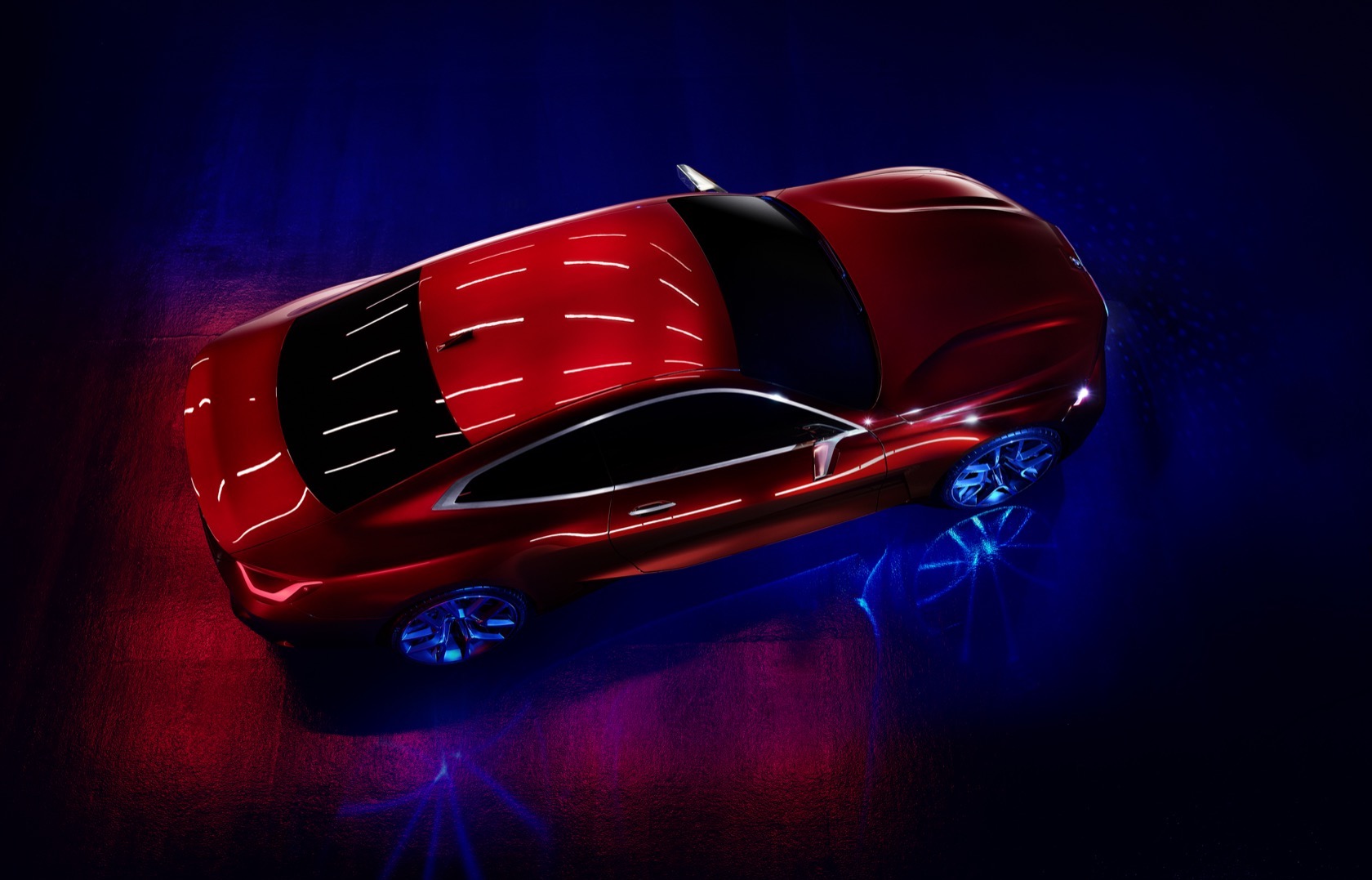 Whether BMW’s current trend of making its grilles larger and larger will be looked back on so fondly in the years to come, well, that remains to be seen. 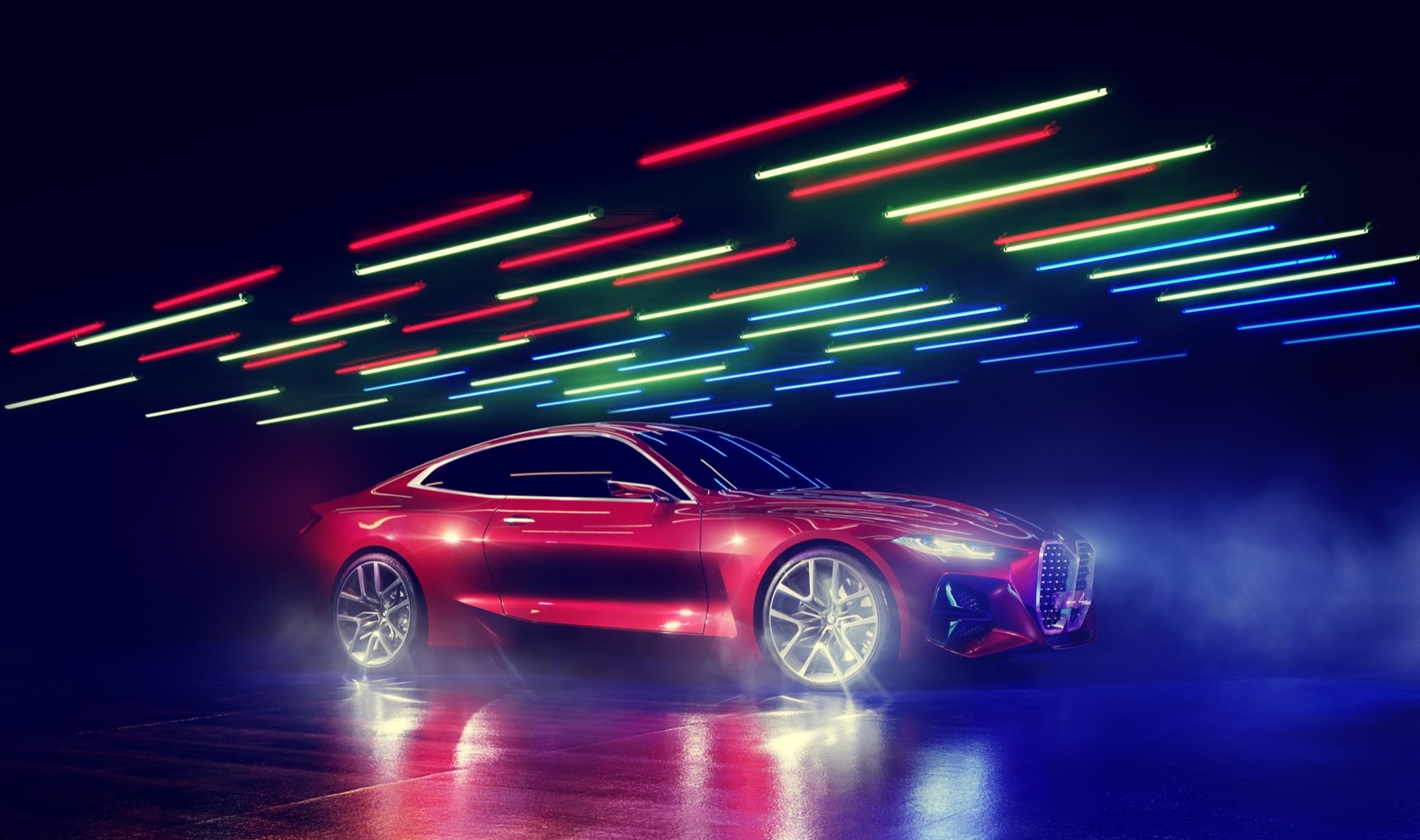 One thing you can’t say is that the automaker didn’t know exactly what it was doing. “The BMW Concept 4 embodies the aesthetic essence of the BMW brand,” Adrian van Hooydonk, Senior Vice President BMW Group Design, said of the car. “It combines perfect proportions with a clear and precise design.” Beauty is clearly in the eye of the beholder – let us know what you think in the comments.