Ask any Android Auto user what app they’ve been most eagerly awaiting, and the answer will probably be Waze. Sure, Google Maps is one of the best navigation apps around, but for the true road warrior there’s no replacing its speeding ticket-saving cousin. The good news is that Waze for Android Auto is here, and I’ve been testing it out to see if it was worth the wait.

Waze, if you’ve been living under a navigation rock, is a crowdsourced traffic, hazard, and general road condition platform. While the maps may be supplied by Waze-owner Google, the metadata – whether that be a slowdown further down your route, or a closed road – is provided by reports from other Waze users. Where that gets interesting is when they tag police cars or speed cameras: effectively, Waze becomes the 21st century version of a trucker’s CB network. 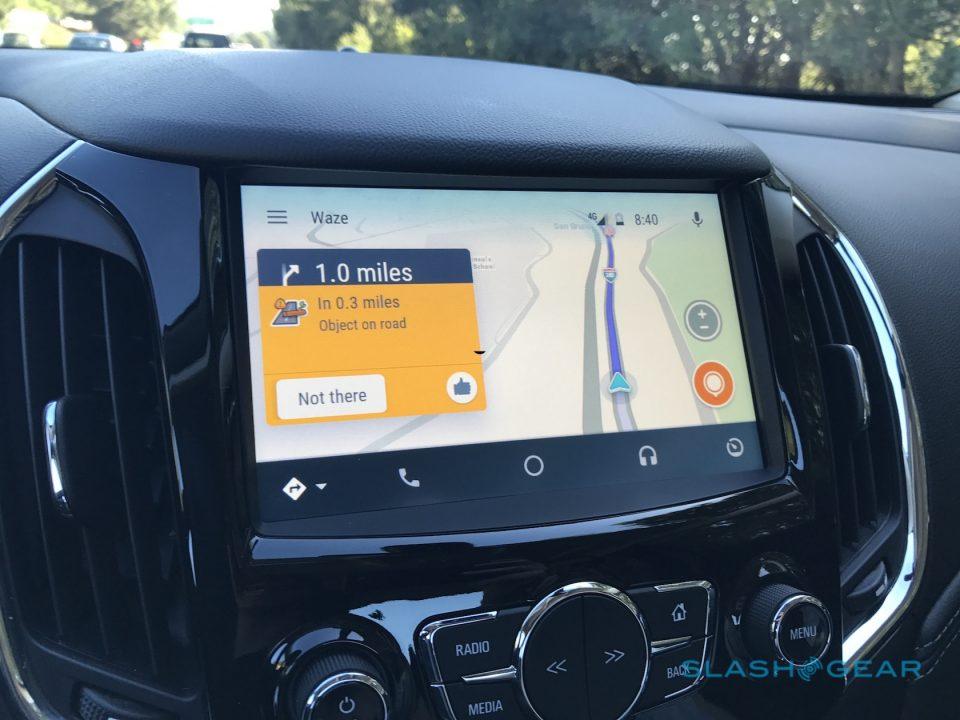 It’s become invaluable for anybody who spends any significant length of time on public highways. Yes, some other navigation systems have records of where fixed speed cameras can be found, but none has the same live data that Waze offers. Driving with Waze is a little like having an augmented reality layer dropped over the road network, a backchannel of anonymous friends all trying to help you get from A to B with the minimum of headaches.

Up until now, though, you’ll have needed to mount your smartphone on some sort of bracket to actually use it safely while on the move. That worked, but it was hardly preferable given most modern cars invariably have a larger display than the smartphone in your pocket does. 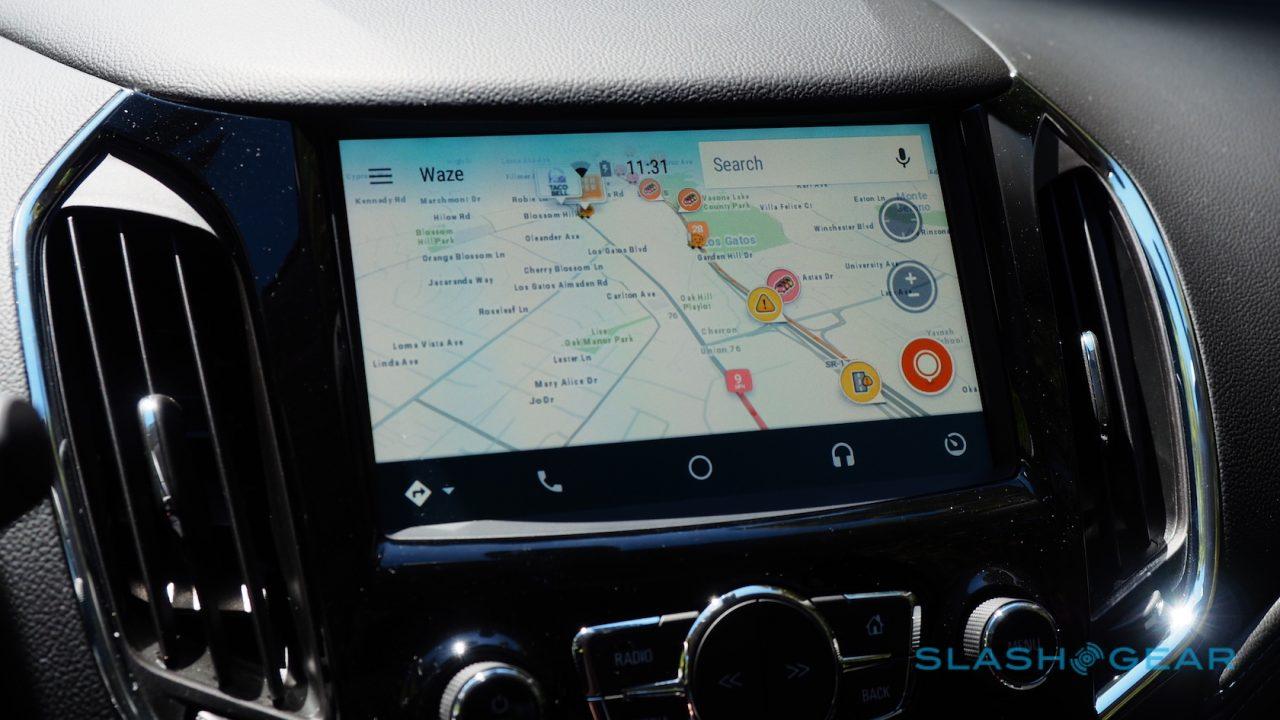 Meanwhile, I confess, I’m not a huge fan of the regular Waze UI. The cutesy graphics always looked busy to my eye, and I generally stuck with Google Maps – or, if Apple’s CarPlay is my only option, Apple Maps grudgingly – which has a little of the Waze data, but nowhere near all of it. You also can’t log your own reports through Google Maps.

Anticipation for Waze on Android Auto, therefore, has been high. It’s taken a long time, though, mind. A beta launched back in early June, and I’ve been trying out the most recent version in one of the cars that supports it, Chevrolet’s Cruze. 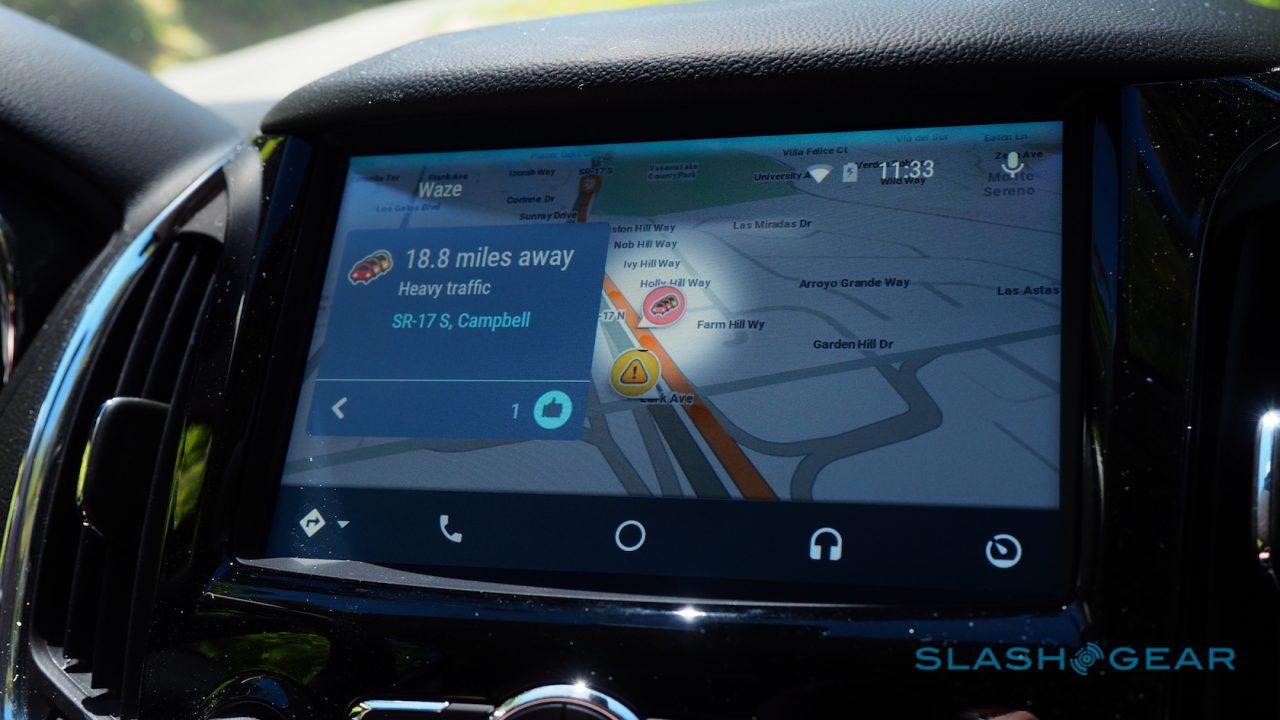 The good thing about Android Auto is that, unlike a regular smartphone app, it’s designed to be safe for use on the road. That means minimal distractions, big interface elements suitable for careless stabs and swipes while you’re concentrating on piloting several tons of metal down the highway, and best of all integration with the systems in your car. Rather than needing to mount your phone, you can leave it tucked safely in the center console, charging happily, and interact with driving-safe apps through the car’s own head unit. 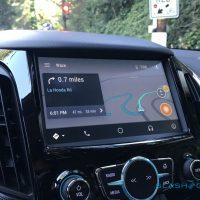 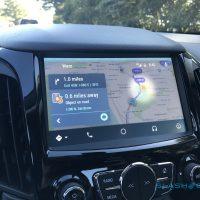 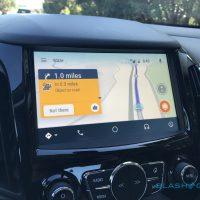 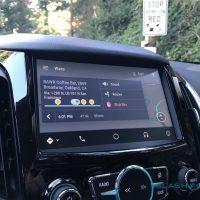 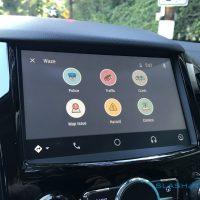 As you’d hope, given how long it takes, the Waze on Android Auto experience is generally a slick one. You can access it by tapping twice on the navigation icon in the Android Auto toolbar running across the bottom of the homescreen. Once you’ve selected Waze, every time you plug your phone in subsequently it’ll remember your preferred navigation app. Alternatively, you can switch between it, Google Maps, and any other Android Auto compatible mapping app you might have installed.

The interface is Waze-like, but a little cleaner. You can use it without setting a destination, and you’ll simply see upcoming hazards and warnings on the screen while alerts are read out. Tapping an icon on-screen opens up more information; there are also icons for nearby gas stations. 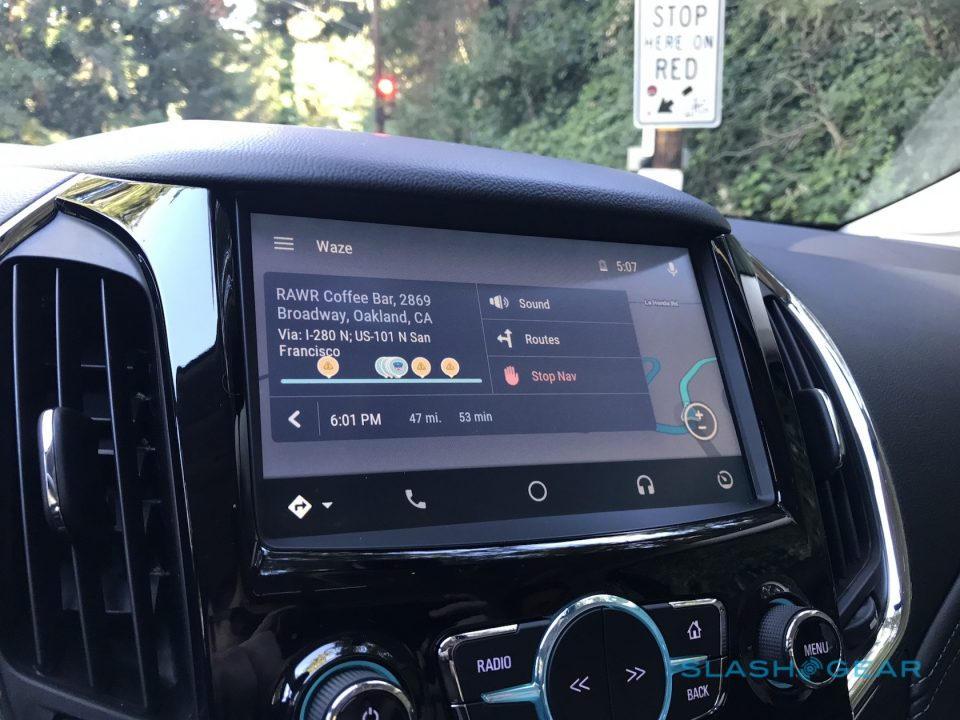 Alternatively, you can set a destination and have Waze direct you. The experience is much like you’d have from Google Maps, except periodically you’ll get warnings about a traffic slowdown ahead, a police car at the side of the road, or even an animal among the traffic. There’s a thumbs-up button to thank the poster and occasionally a button to confirm that the warning is still relevant; if you choose, this can be the extent of your interaction with the Waze network.

More fun, though, is getting involved with your own reports. Tap the button in the lower right corner and you can flag something to Waze yourself. As you’d hope, the UI is big and straightforward: you choose first an overall category – Police, Traffic, Crash, Map Issue, Hazard, or Camera – and then drill down into a subcategory accordingly. It’s the handiwork of a few seconds tapping, and at the end you get a gratifying “You’ve helped other Waze users” confirmation.

If there’s room for improvement, it’s in the interface as you drive. What I missed most from other navigation systems is the ability to see what the current speed limit is; while it’s certainly useful to know if there’s a speed camera or patrol car around the corner, making sure you’re actually driving at the right limit anyway is the more sensible route. The other frustration I found was in navigating the map. 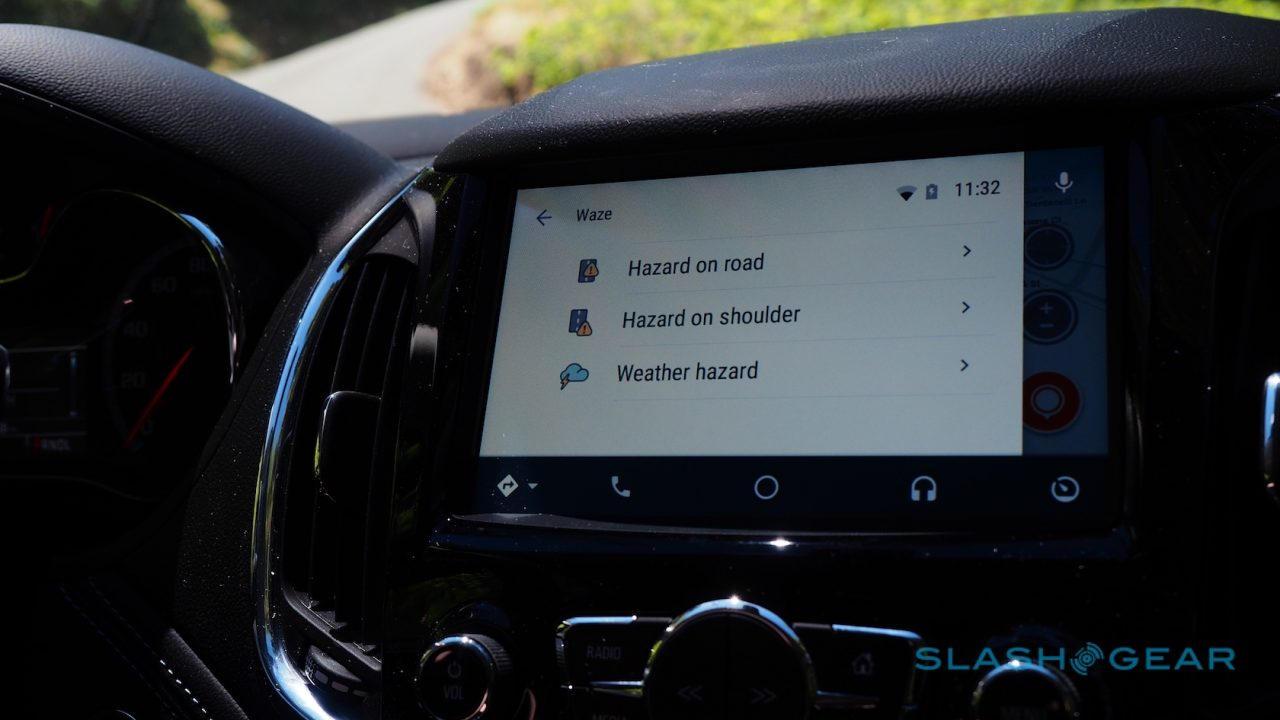 By now we’re used to pinch-zooming our way around maps, but Waze can’t take the required touchscreen technology for granted. Instead, you zoom by holding down on an icon and then dragging your finger up and down the screen to enlarge or shrink the map. Great in theory, but not so much in practice.

I suspect it might be the resistive touchscreen on the Cruze, but zooming always turned out to be a jerky affair. My fingertip would catch slightly and the zoom would lurch in or out. After a day, I was wishing Waze had just given up extra screen real-estate to a pair of separate buttons.

Still, they’re minor complaints and readily addressed should the Waze team feel so inclined. Driving with Waze’s layer of extra road data really is transformational: when I got into a car without Android Auto support, it was something I instantly missed. 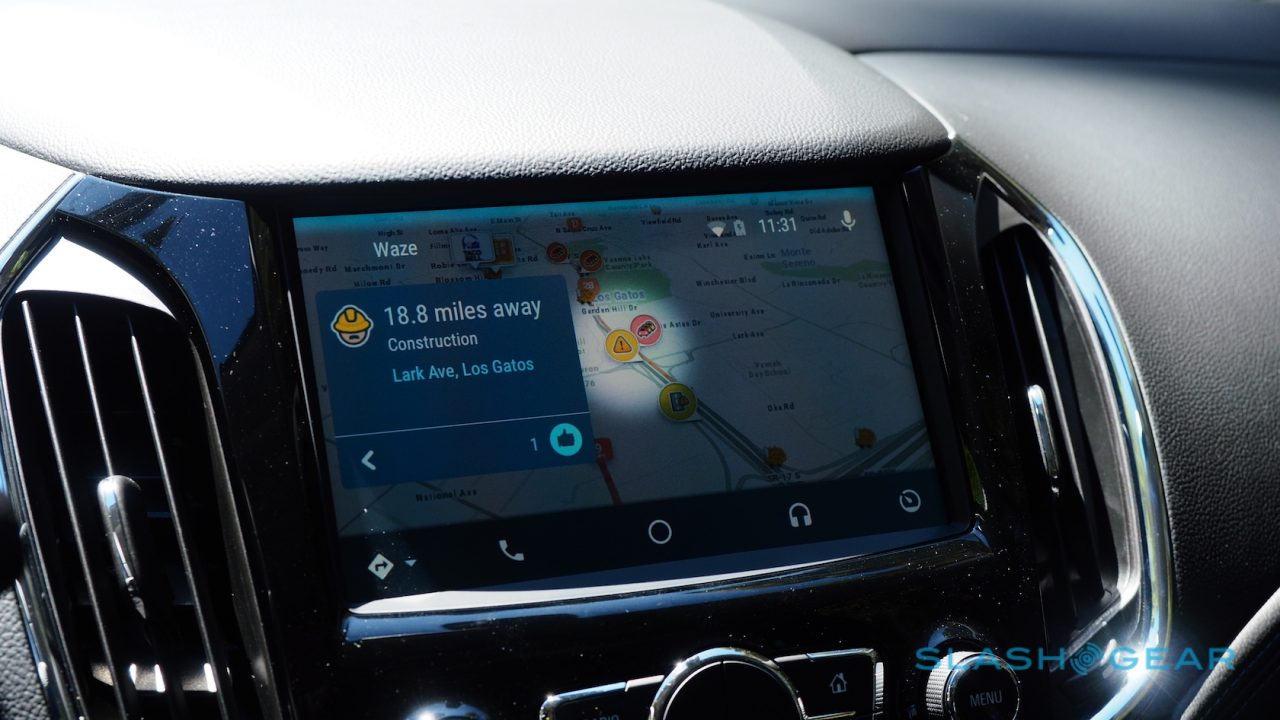 Would I say Waze alone is worth picking a car with Android Auto available? If you’re a regular driver, and if you have – how to put this delicately – a tendency toward a slightly leaden right foot, it can certainly mean the difference between a clean license and a ticket. “Is this legal?” a passenger asked me while I was testing it, “And are the police okay with it?”

It also puts the spotlight directly on Apple and CarPlay. According to the rumors, the Waze team has been trying for some time to get a version of the app through the fortified walls into Apple’s garden, but with no luck. If ever there was an app to provide Android envy among iPhone users, though, it’s this. The ball is in your court, Apple; don’t wait too long. 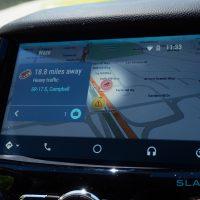 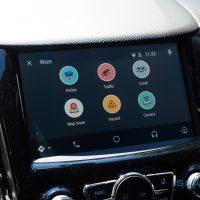 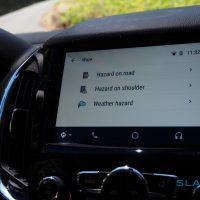 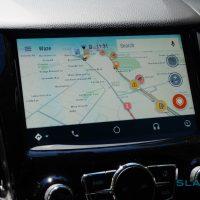 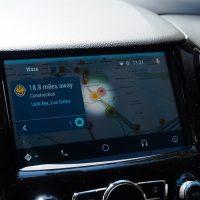