Ways for Samsung to bounce back from the Galaxy Fold issues

Samsung is no stranger to crisis. When complaints about faulty Galaxy Fold screens started popping up on the internet, it’s hard not to make comparisons to the Note 7 disaster in 2016. Second to the safety hazard posed by exploding phones was the PR crisis Samsung experienced that certainly didn’t help turn things around.

While nothing as severe, Samsung could risk falling into a similar situation. Phone users aren’t at risk of any third-degree burns, but faith in Samsung’s products could falter just as it did back then. It’s crucial the South Korean manufacturers take careful steps to ensure a quality product and restore faith among its millions of customers.

Samsung has been wise with its first steps. Review units were pulled from shelves within a week of the complaints. It shows urgency, which was something experience with the Note 7 would have taught Samsung.

They would also be massively relieved that the faulty screens occurred only with reviewers and not consumers this time. In retrospect, the flak Samsung is getting now will be seen as a knee-jerk reaction to Samsung’s manufacturing processes, but nothing that caused any trouble to the public.

Come clean and be candid about it

More can be done to adequately respond to reviewers’ comments about the broken screens. Samsung has promised to “thoroughly inspect these units” and also clarified that the protective film was “part of the display structure designed to protect the screen from unintended scratches.” But you must question a design that was so susceptible to damage in the first place, given that it looks so much like a pre-installed protector.

The foldable phone did come with a warning about removing the layer in page six of its instruction manual, but frankly no one reads manuals.

Instead, acknowledging the impracticality of the design would perhaps be a better solution to the feedback. It is highly unlikely – and unwise – to relaunch the Fold with the same awkward film, therefore Samsung has little to lose by admitting it was an inelegant design choice.

Samsung needs to take their time with fixing these issues. Not to sound dramatic, but the future of the foldable phone industry could rest on their shoulders.

The Galaxy Fold wasn’t the only one released year, but it was the most publicized and compelling foldable phone put out this year – till it got pulled back. News of a foldable phone becoming a reality caused big excitement, but it could all go to waste if Samsung re-releases a faulty product again, tarnishing hopes in the technology even before it starts.

Case in point: The Note 7 once again. Samsung took its phones back from consumers and re-released them through an exchange program. Turns out, the replaced phones weren’t fixed – a disaster that completely destroyed faith in the phone.

Time is on their hands

One good thing for Samsung is consumers aren’t in a rush for foldable phones right now. We’ve seen enough from the efforts of Huawei and Samsung to know that while the technology is possible now, it’s still in its infancy. There’s a consistent lack of polish, from the peel-able film to screen creases, which suggest they aren’t ready for the masses just yet.

So, Samsung has time on its hands to perfect the formula. And this is time they should use to their advantage and come back with a kick-ass reworking of the exciting phone. 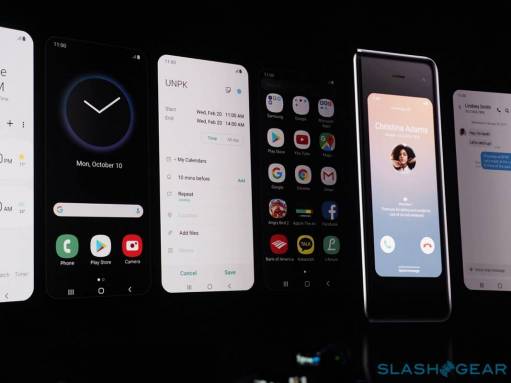 Being late to the party means you can see how everyone else is dressed. In Samsung’s case, they get a good sense of what Huawei and its competitors have to offer. And now, they can play up everything that makes the Galaxy Fold unique.

The Galaxy Fold’s main draw is the inward-folding screen, which looks a lot more practical than its competitors. Enclosing the screen may have caused an unsightly crease, but it makes the screen less susceptible to damage. If Samsung can capitalise on this comparison, it could get foldable phone buyers to wait a little longer for its relaunch.

This is the ultimate move that would restore faith in the brand and product. Removing the film not only removes an inelegant and impractical design choice but shows its audience that it’s willing to make bold moves to deliver the best product they can. It’s all on you now, Samsung.