Waymo’s head of self-driving technology Dmitri Dolgov recently took to the Internet to reveal that the company saw a big improvement in its autonomous tech last year. According to a disengagement report from the California DMV, the number of times Waymo had to disengage its self-driving technology for safety-related reasons dropped from 0.80 times per thousand miles in 2015 to 0.2 times in 2016. This was despite a 50-percent increase in the number of miles driven last year.

In 2016, Waymo drove a total of 635,868 miles in the state of California, an increase of 50-percent compared to 2015’s total. Despite that increase, the company’s ‘reportable disengages’ decreased from 341 in 2015 down to 124 for last year. Most of the driving time was performed on ‘complex urban and suburban streets.’ 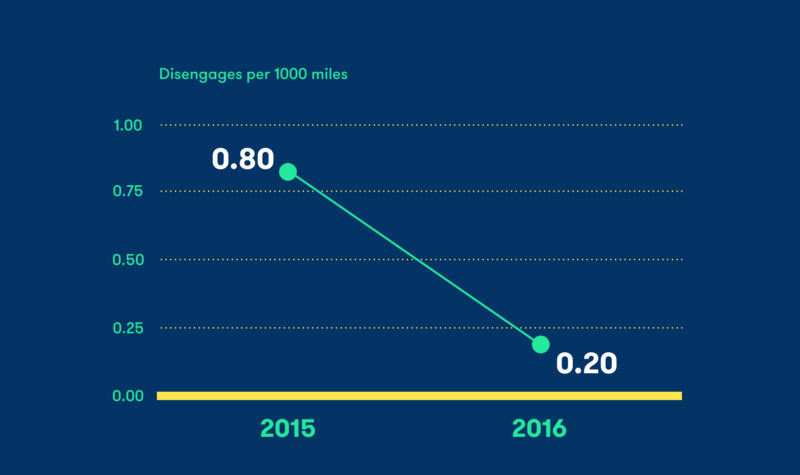 A disengagement, in this case, is an instance in which a self-driving car’s autonomous system has been disengaged so that a human has to take over operation. The reasons for a disengagement can include a safety situation on the road, but may also be for non-safety related things, including updating software and more.

Overall, Waymo has driven its self-driving cars in autonomous mode for a total of 2.3 million miles since its start. Testing includes things like merging into (human-driven) traffic, navigating through construction zones, changing lanes, dealing with unexpected objects in the road, and more. Check out the SlashGear Cars Hub for more automotive and self-driving news!