Today the NVIDIA GeForce RTX 3070, RTX 3080, and RTX 3090 graphics cards. This collection is otherwise known as the GeForce RTX 30 Series, and it’ll be released as both Founders Edition graphics cards and in partner-made editions from brands like ASUS, EVGA, Colorful, Gigabyte, MSI, PYN, and Zotac.

The NVIDIA GeForce RTX 3070, GeForce RTX 3080, and GeForce RTX 3090 were revealed with three very different setups – major differences in VRAM, Cuda Cores, and pricing. The NVIDIA GeForce 3080 is the flagship, while the 3070 is the least expensive “balanced” card, and the RTX 3090 is the big monster the likes of which the average person won’t likely see in person – unless of course they’re in need of the most powerful GPU NVIDIA’s ever made.

All that and a WHOLE lot more was revealed in the NVIDIA event the likes of which you’ll be able to see in the video below. Be prepared to learn more than you could EVER want to know about these next-generation graphics cards, for reals. 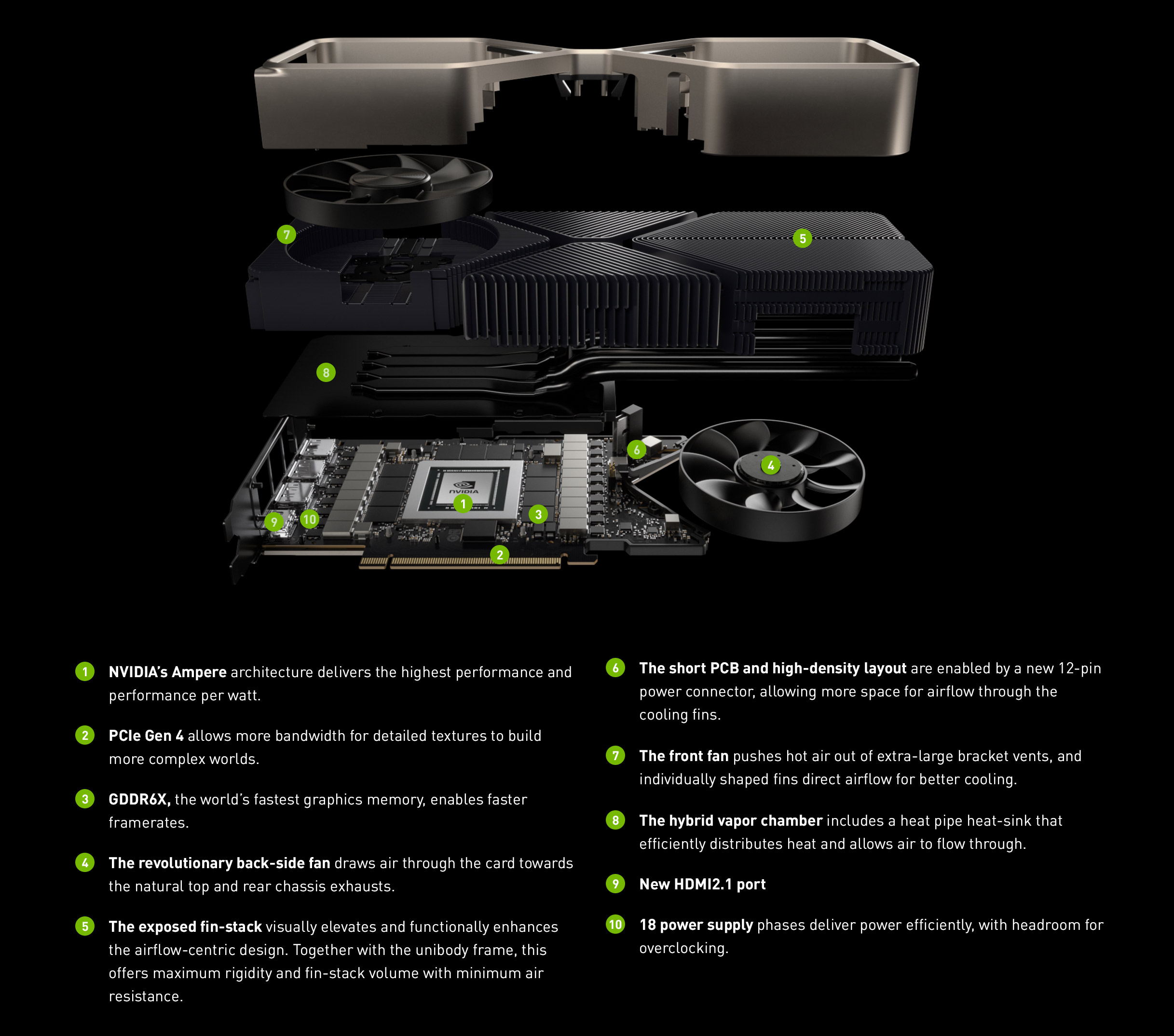 Earlier this week, AMD launched the Radeon RX 5300 graphics card without fanfare. This card was launched as direct competitor to NVIDIA’s GTX 1650. At the moment, AMD isn’t in a great position to battle RTX 30 on all fronts.

We’ll have to wait and see if AMD’s Big Navi card will be launched (later this year) with a price/power combo that’s ready to roll up on RTX 3070, 3080, and 3090. Leaks earlier this year suggested that AMD’s Big Navi will have anywhere between 15% and 50% speed improvement over GeForce RTX 2080 Ti.