Watch Nintendo’s Wii U 2013 game preview all over again

Nintendo came out strong this morning with its 2013 gaming preview for the Wii U, opening with an apology from president Satoru Iwata for the delay in new titles, and now you can watch the whole event over again. The Japanese company certainly packed in the news, even if specific details on each individual title were often in short supply. Among the meat: a new Zelda, specially written for the Wii U, as well as a Mario Kart game, and gameplay previewed from The Wonderful 101. Read on for all the details!

In addition to the new Zelda title, there’s the promise of The Legend of Zelda: The Wind Waker HD, expected in the fall. On the topic of classic Nintendo characters, Yoshi will make an appearance – his first central role since 1998 on the N64, in fact – in a new game by the same team that created Kirby’s Epic Yarn.

Elsewhere, the Nintendo EAD Tokyo Software Development team responsible for the Super Mario Galaxy series are putting together a 3D Mario action game. That, as well as a new Mario Kart title, will be playable at E3 2013, Nintendo promises. 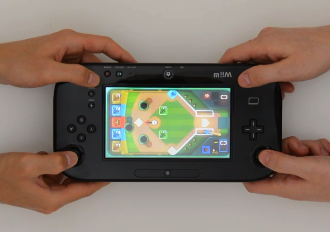 Some titles will use more the GamePad in more unusual ways, such as Pikmin 3. That will turn the GamePad into a camera, sharing the same perspective as Pikmin, and letting players take close-up shots of landscapes and creatures within the game, and then share them in Miiverse. A new Wii Party game, due this summer, will offer head-to-head play on a single GamePad, while Wii Fit U will support Miiverse communities in an update to the console’s social features.

As for third-party titles, Nintendo and Atlus are collaborating on a game including the Fire Emblem and Shin Megami Tensei franchises, while the team at Monolith Soft – responsible for Xenoblade for Wii – also has a new title in the pipeline.

Bayonetta 2 was also previewed, as was gameplay from The Wonderful 101, which will launch in the first half of this year alongside GAME & WARIO. Bayonetta 2 fans, as well as those keen to get the new Super Smash Bros. title, will have to wait for more details later on as to release dates.

There’s all that, plus news on the Wii U Virtual Console, the two updates expected to speed up the Wii U itself, and the incoming Miiverse smartphone app, in the video below.