Blue Origin’s first crewed flight was a success today, with Jeff Bezos getting his long-awaited taste of space, and a new video shows just what it’s like at the apogee of your multi-million rocket trip. New Shepard only spent a few minutes in zero-gravity, as the crew capsule passed the Kármán Line boundary that’s one of the accepted definitions of where space actually begins.

That’s proved to be a contentious topic over the past few weeks, what with Richard Branson and Virgin Galactic trying to beat Bezos to a big rocket launch. While Branson’s VSS Unity may have taken off first, a little over a week ago, it didn’t go so far as New Shepard did today, however. 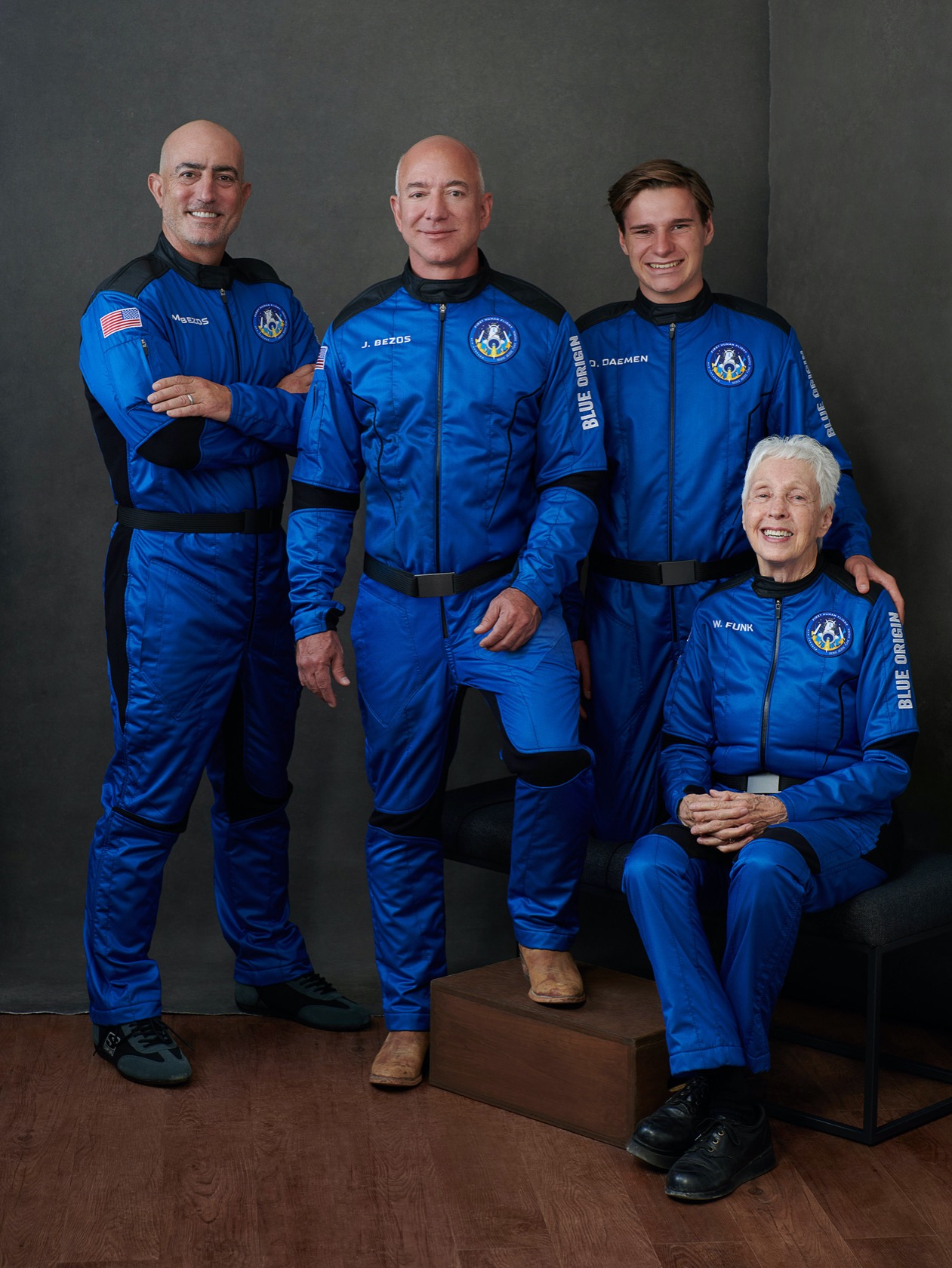 In fact, given only Blue Origin’s spacecraft passed that 62 mile (330,000 feet) boundary above the planet’s mean sea level, there are arguments that Branson didn’t even make it to space at all. Of course, the reality is that in rocket terms neither of the space tourism companies did more than graze what’s possible. Later this year, for example, SpaceX plans to send a crew orbiting Earth in a Crew Dragon spacecraft, a mission which will last for days rather than just minutes.

While it was a huge milestone for Blue Origin and its human participants, today’s launch was also a further demonstration of the company’s reusable space tech. The booster rocket that launched New Shepard, for example, safely landed after detaching from the crew capsule. It’s the third consecutive landing for that particular booster.

As with SpaceX, proving the reusability of what would once have been one-time-only components is a key part of Blue Origin’s mission. The booster is designed to autonomously travel back down to Earth, landing on a pad positioned roughly two miles from the launch pad in Van Horn, TX. Blue Origin currently has two boosters in service.

If you want to watch the whole launch, from the astronauts boarding, through takeoff, and all the way to landing, you can see that below.

Now that Bezos’ flight is out of the way, the big question is how soon Blue Origin can begin its regular space tourism flights. The company has a waiting list of would-be astronauts, it says, each staking a place in line to take the 11 minute flight and spend a few minutes in weightlessness. The company has not confirmed just how much tickets actually cost, though unofficial estimates have pegged them at around $500,000 apiece.