The newest Marine National Monument was announced by the president at the 3rd annual Our Ocean Conference in Washington D.C. this morning.

ABOVE: “This dumbo octopus was sighted by the NOAA Okeanos Explorer ship during a dive to map the Atlantic Canyons and Seamounts in September 2014.” Image from the NOAA Office of Ocean Exploration and Research.

Obama spoke of the threat of climate change to our fragile global ecosystem, saying, “the more of those threats we eliminate through conservation, the more resilient those ecosystems will be to the consequences of climate change.”

“Today we’re building on this approach by establishing the first Marine National Monument in the Atlantic. We’re protecting fragile ecosystems off the coast of New England, including pristine undersea canyons and sea mounts. We’re helping make the oceans more resilient to climate change, and this will help fishermen better understand the changes that are taking place that will affect their livelihood.”

“We’re doing it in a way that respects the fishing industry’s unique role in New England’s economy and history.” 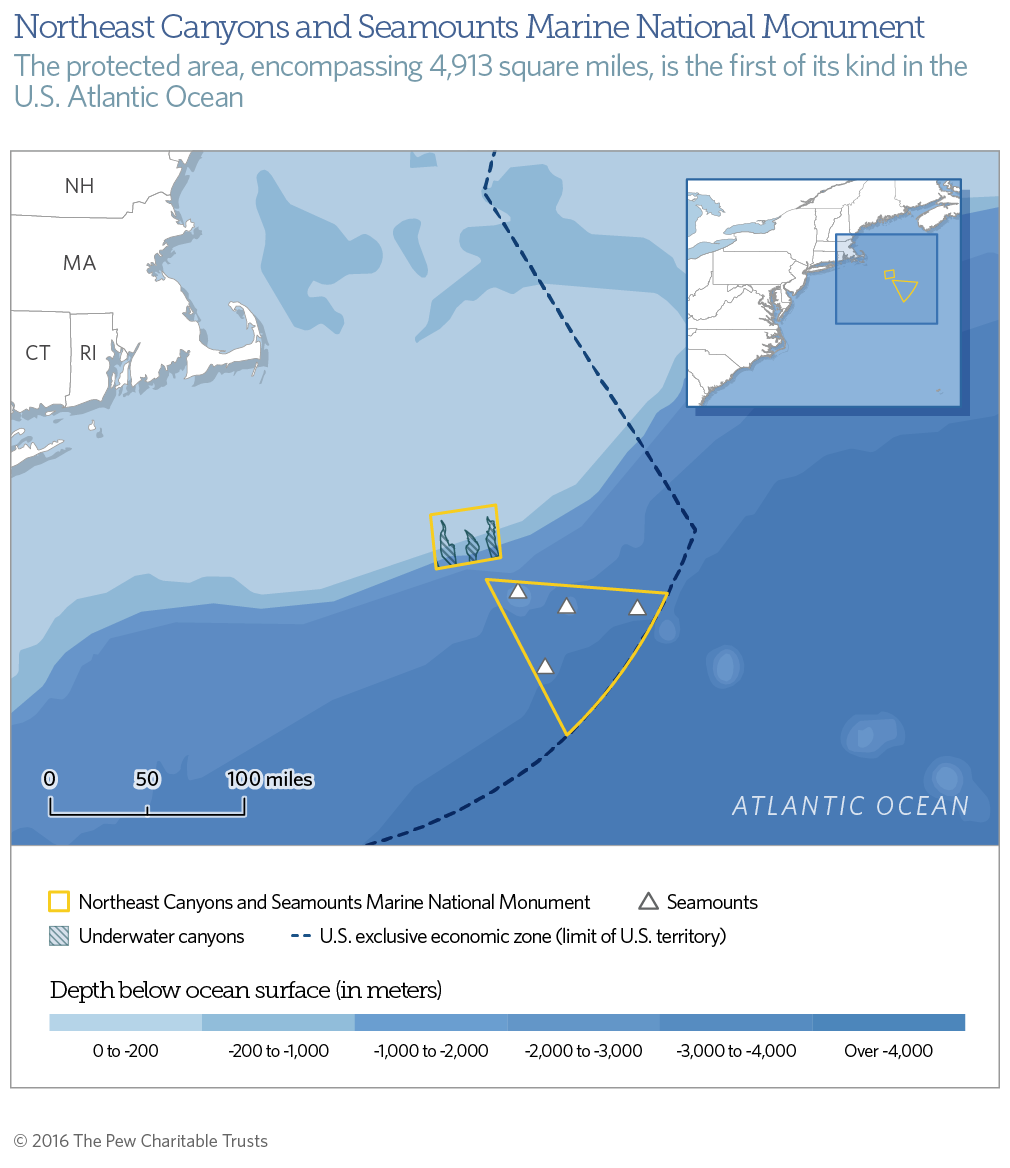 This area is 4,900 square miles large, and naming this area a Marine National Monument effectively protects it from all fishing and mining from this point forward.

“President Obama’s designation is historic for the Atlantic Ocean and contributes to global commitments to protect special ocean places,” said Lee Crockett of the The Pew Charitable Trusts, overseeing the U.S. ocean conservation project. “Science is clear that setting aside biologically important areas can increase resilience as ocean conditions change.”

“For everyone who recognizes the value of this unique ecosystem and cherishes a healthy, productive ocean, this monument designation is a huge win.”

Have a peek at Obama’s full remarks in the video below, courtesy of the official U.S. Department of State YouTube account.