In its efforts to compete with Amazon, Walmart has started investing in its own mobile and entertainment hardware. Unlike Amazon’s Fire devices, however, Walmart’s Onn brand has stayed directly under Google’s blessed Android ecosystems, which means access to Google Play Store and services. That was true for tablets and now it seems it will be true for Walmart’s first streaming device. That might not be the HDMI stick we’ve seen before but will instead be an Onn Android TV box.

Although we were expecting Walmart to jump on the streaming bandwagon, the first device we saw in that direction was an Android TV stick that passed by the FCC last March. That, however, was not the device that suddenly popped up on Walmart’s own website a few days ago. Instead of a stick, the first Onn streaming device might be a branded Google ADT-3 instead.

Google’s ADT-3 Android TV developer kit is more than a year old, nondescript, and pretty boring visually. That’s exactly what the Walmart Onn Android TV device looks like, save for the Onn name engraved on top. It even has the same positions for the HDMI port and the micro USB power port on the opposite side, the same as the Google ADT-3.

The most interesting part of the package is, in fact, the remote control that is completely different and new. Unlike the ADT-3, it has a lot more buttons to offer, including dedicated ones for Netflix, YouTube, Disney+, and HBO MAX. There is also a button for Google Assistant, of course, but it has been enlarged and relocated to the top. 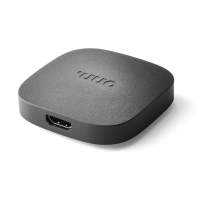 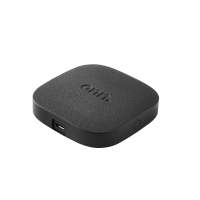 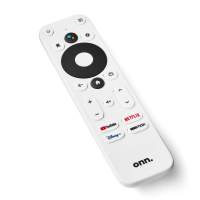 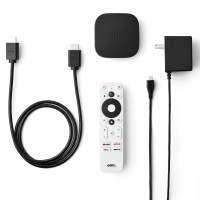 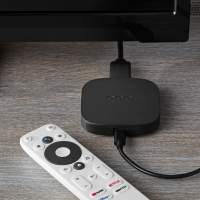 The listing has been up for days, suggesting that it wasn’t just an error. The page also puts a $30 price tag on the Walmart Onn Android TV UHD Streaming Device and all that’s left is for the retailer to officially launch the product.