WakeMate Bursts Into Flames Due to Issues with USB Charger

After reaching an important milestone, perhaps the most important one of them all for a new company, of sending out the first WakeMate units, it looks like Perfect Third Inc. is facing a serious issue with their USB chargers. A big enough issue that the device is reportedly catching on fire. The CEO of the company has issued an official notice regarding the situation, and advises that you do not use the USB charger, under any circumstances.

While the issue is not clearly detailed in the official comment from Perfect Third’s CEO, he does say that the black USB charger bricks are defective, and that customers who purchased a WakeMate should not use them. He points out that the bricks were sourced through a Chinese vendor, and that his company paid to make sure that the correct safety tests were implemented on their device, and accessories, but that an issue has become apparent. Due to the issue, the company is officially recalling all black USB chargers. The problem’s issue had some light shed upon it through a Googler named Jason Toff, who tweeted:

WARNING: my @WakeMate just burnt into flames, nearly catching my bed on fire. Do NOT use. Video of it afterward: http://twitvid.com/UBBWC 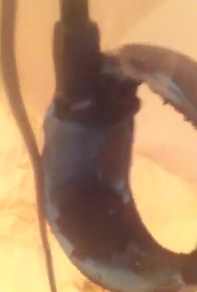 The corresponding video goes to show that the event was more than likely pretty frightening, and it looks bad. However, Toff is all right. He does say that it was luck he was home, as he imagines that his entire home would have burned down had he not been. The company is trying to get across that the WakeMate device itself is safe, but that the black USB charger bricks are not.

Thanks to the Hacker News Thread, it looks like Perfect Third is answering questions. They say that the batteries themselves are safe, but that the black USB chargers are “spitting out a noisy electrical signal.” The result is the battery charger on the WakeMate to overheat. Here’s their comment in full:

“yes the batteries are safe. we believe that the chargers are spitting out a noisy electrical signal, which is causing the battery charger IC on the WakeMate to overheat, thus causing the problem. We have only seen any incidence when the unit is plugged into the black USB charger bricks we shipped with. To date we have logged over 20000 hours of sleep on our system, so we’re certain that sleeping with the Wakemate is safe, and that the batteries on the WakeMates are safe as well. This is in addition to the testing and certification we had done on the unit as well before we began shipping units.”

The company is still focused on bettering people’s lives, and hope that they can get this fixed in the shortest amount of time possible. You can read the official statement from Perfect Third’s CEO below. 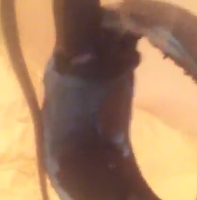 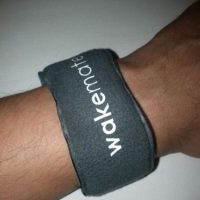 We have just been alerted to a safety issue with our product. The black USB charger bricks that have been included with the product are defective. Do not use them.

The USB chargers were sourced through a Chinese vendor. We paid to have the proper certification and safety tests performed here in the U.S. for the chargers. However, tonight we were informed by a customer of a safety incident with the black USB chargers. Therefore, effective immediately we are recalling ALL USB charger bricks and informing our customers that it is not safe to use these USB chargers to charge your WakeMate.

We will continue to look into the situation but needed to email you immediately to ensure that you stop using and unplug the included Black USB Power Bricks.

We are extremely sorry that we sent a product containing defective components. However, we also want to stress that this issue is with the chargers only, and not with the WakeMate itself. It is still safe to use the included USB cable to charge the WakeMate, and it is safe to wear the WakeMate while sleeping.

I sincerely apologize for this mishap on our part. We are doing everything we can to prevent any further incidents with the USB charger bricks.

If you have any questions do not hesitate to contact me.