This week the folks at Wacom announced a new set of Intuos pen pen tablet devices. These devices are made to allow the user to write and draw with a stylus with almost any computer, Mac or Windows PC. The newest Intuos pen tablets include the same active tablet area as previous versions, but with improvements elsewhere, all around.

Each of these tablets is the same size as their predecessor, only here they’re rolling with a smaller footprint. They’re also lighter weight, which means you’ll be able to transport or hold each unit with greater ease. These new versions of the Intuos pen tablet collection include their own built-in pen trays to hold their stylus.

Each new version of the Intuos pen tablet includes four express keys, an LED indicator, and a “60 percent improvement” on battery life – so says Wacom. Two of the three tablets work with Bluetooth and/or USB (your choice), and the third works with USB only. Each of these units has a “Pen 4K” stylus that requires no battery.

The pen is actually heavier than it was in previous editions, rolling with a soft touch grip area and an “improved ergonomic design” to boot. Like some previous Wacom pens, this one includes an in-pen nib compartment and nib extractor. 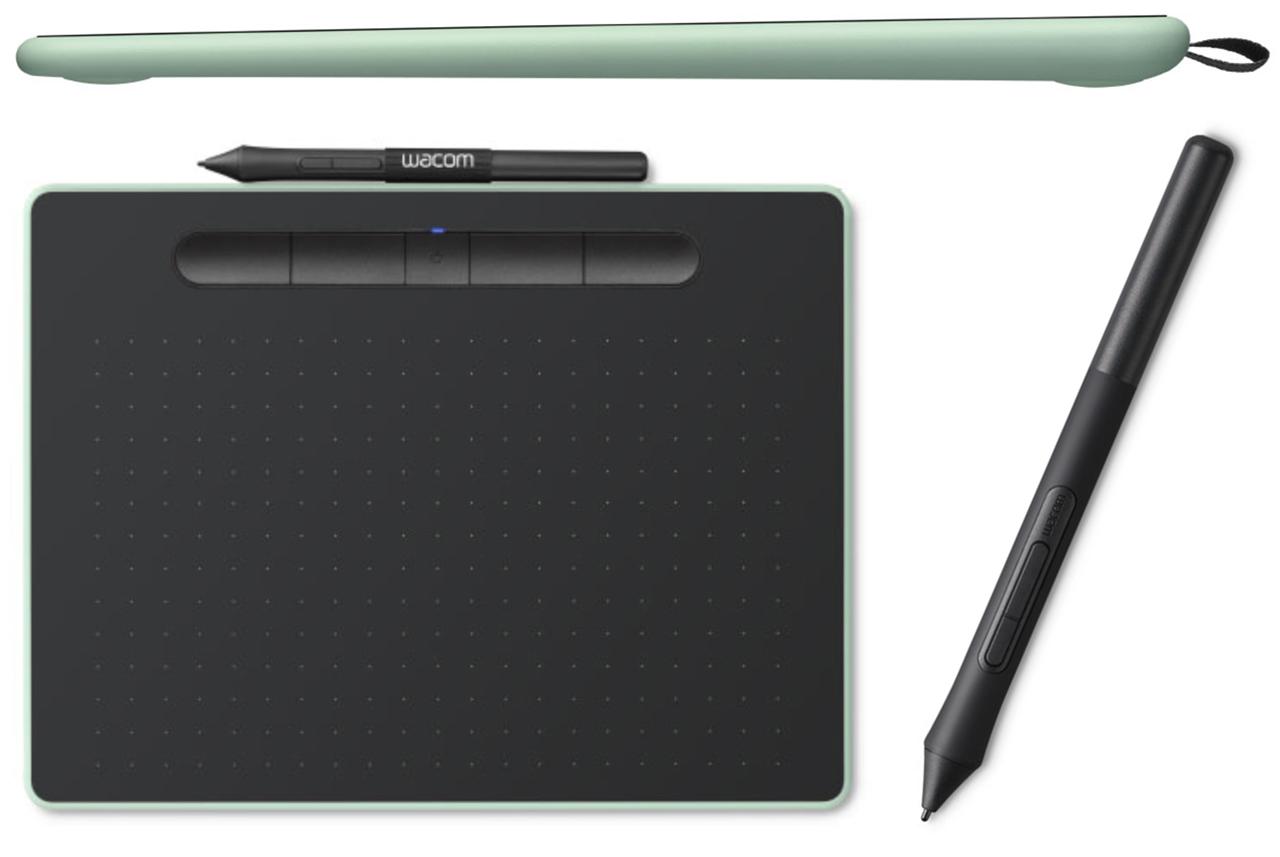 The new Wacom Intuos Small comes in two editions, one with Bluetooth, the other without. The “Small” with Bluetooth includes a choice of two out of three software downloads: Corel Painter Essentials 6, Corel AfterShot 3, or CELSYS CLIP STUDIO PAINT PRO (in China: UDM PAINT PRO.) This smallest Bluetooth edition comes in charcoal black, pistachio green, or berry pink, and costs a cool $99 USD.

The Small version without Bluetooth comes with a choice of one out of two software downloads: Corel Painter Essentials 6, or Corel AfterShot 3. This Small without Bluetooth edition of the Intuos pen tablet comes in any color you like, so long as it’s charcoal black, and it’ll cost $79 USD. 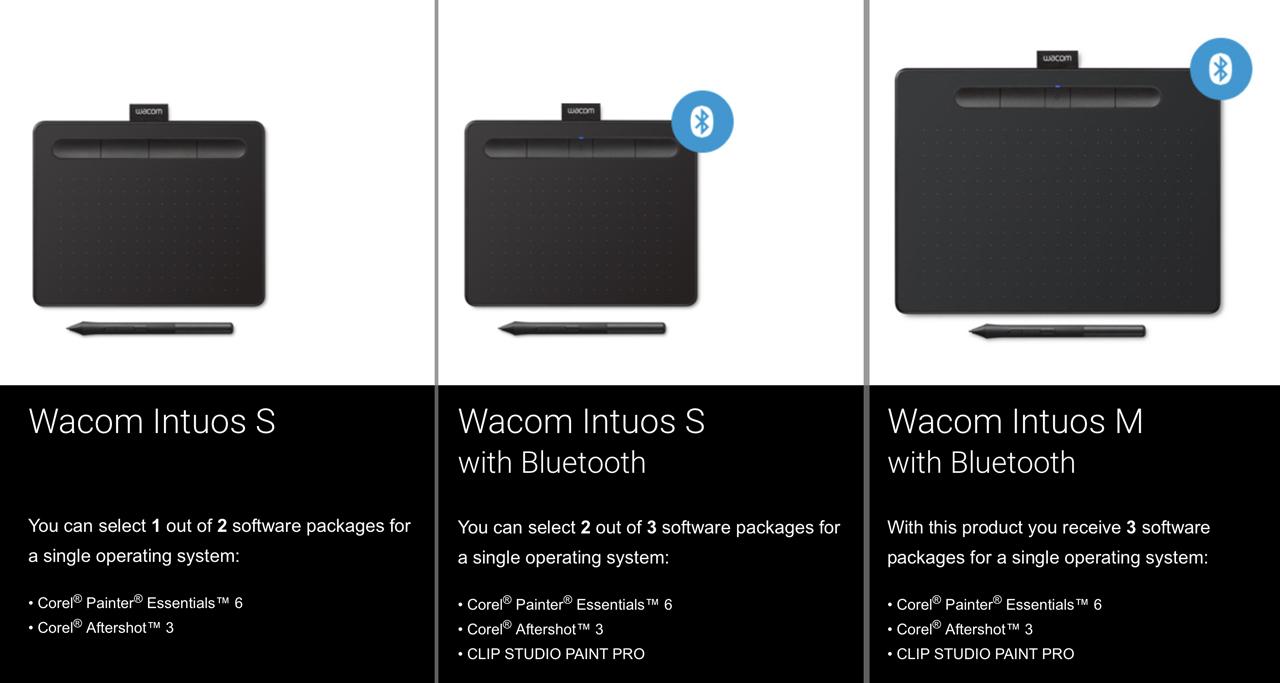 A third option is the new Wacom Intuos Medium with Bluetooth. This version includes all three of the following bits of software download action: Corel Painter Essentials 6, Corel AfterShot 3, or CELSYS CLIP STUDIO PAINT PRO (in China: UDM PAINT PRO.) This Medium edition comes in charcoal black, pistachio green, or berry pink, and will cost you right around $199 USD.