Volkswagen’s chunky little T-Roc crossover is getting a beefier sports model, with the VW T-Roc R set to boost both the performance and the style. Making its official debut at the Geneva Motor Show 2019 next week, the new T-Roc R is the latest in VW’s R range of more sporting trims, packing a 2.0-liter TSI engine under the hood.

The four-cylinder engine has been tuned for 296 horsepower, VW says, along with 295 lb-ft of torque, and combined with 4Motion all-wheel drive as standard. There’s also a 7-speed dual-clutch transmission. 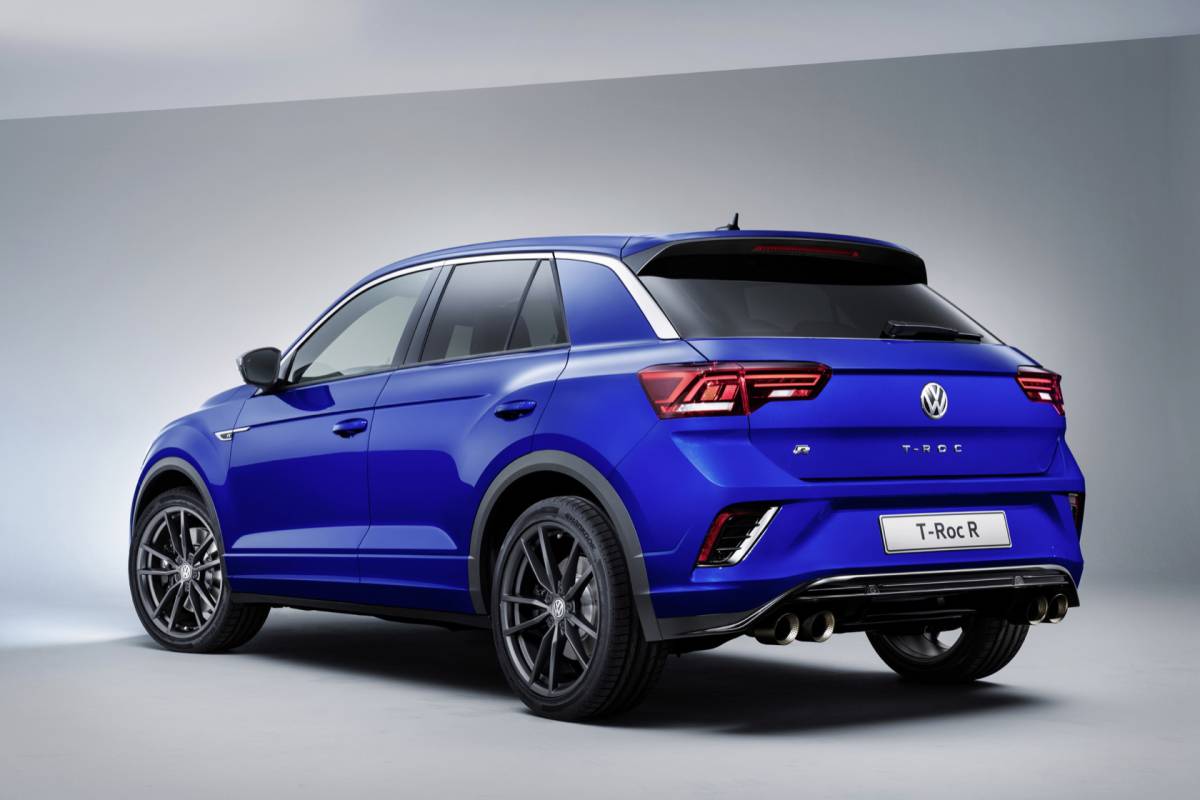 The result is 0-62 mph in 4.9 seconds, impressive for a compact crossover. Top speed has been electronically limited to 155 mph. In short, this isn’t just a cynical styling exercise.

That’s not to say the T-Roc R’s style doesn’t live up to the performance too. The R-specific design gets a new radiator grille, with a polished anodized aluminum band that spans the width of the crossover. A new bumper is finished in the same body color as the T-Roc R, and there’s now integrated daytime running lights with a vertically stacked orientation. 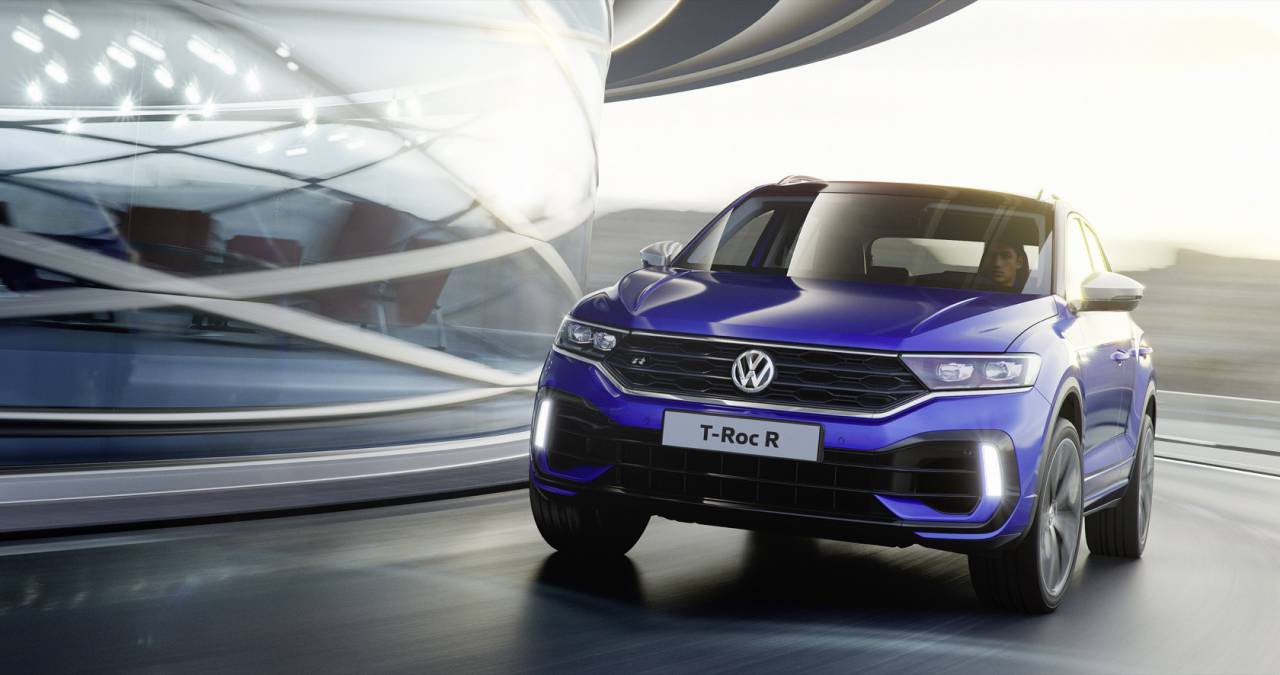 At the back, there’s another new bumper design, with air outlets integrated in the upper section. An R-diffuser in a contrasting color has been added, too, and there’s a double-ended exhaust system with tailpipes on the left and right.

Sports suspension and tweaks to the steering system have also been made. 18-inch Spielberg alloy wheels will be standard on the car, though VW will also offer 19-inch Pretoria Dark Graphite wheels with a distinctive matte finish. 235/40 R19 tires will also be available. 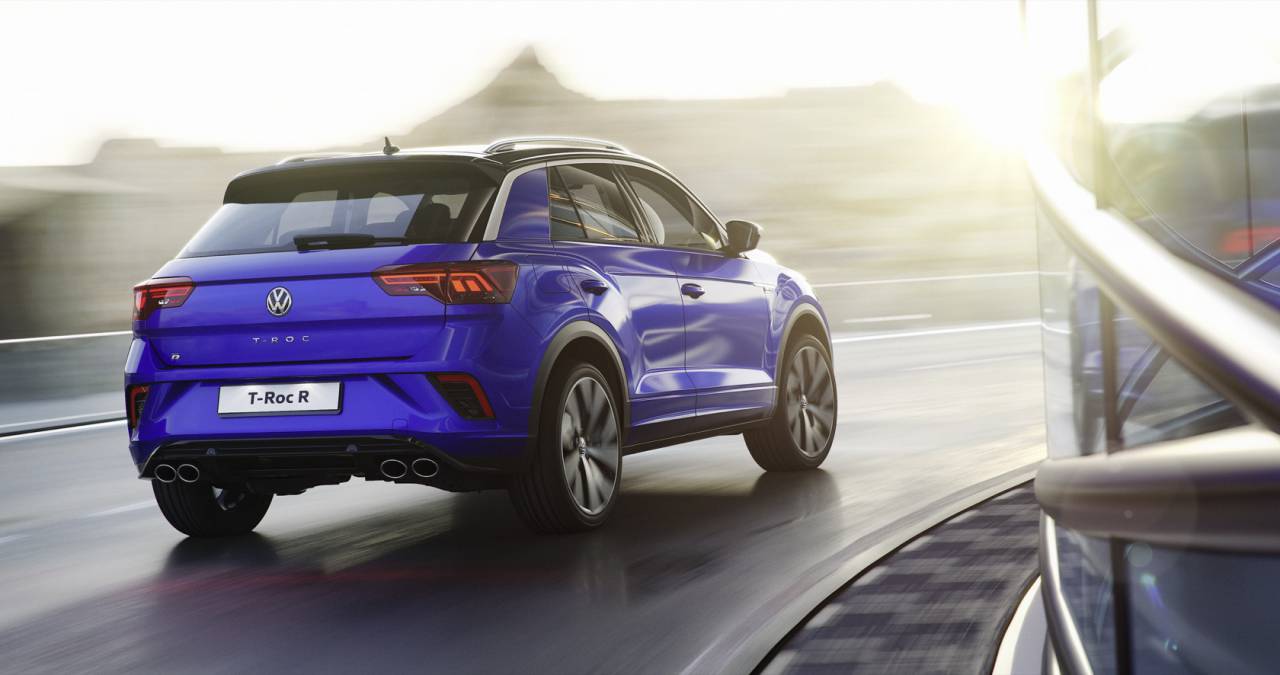 Either way, there’s a 17-inch braking system. VW says the electronic stability control (ESC) can be fully turned off, if you so wish, and there’s launch control for nailing the 0-62 mph time. A new race mode has been added to the drive modes. 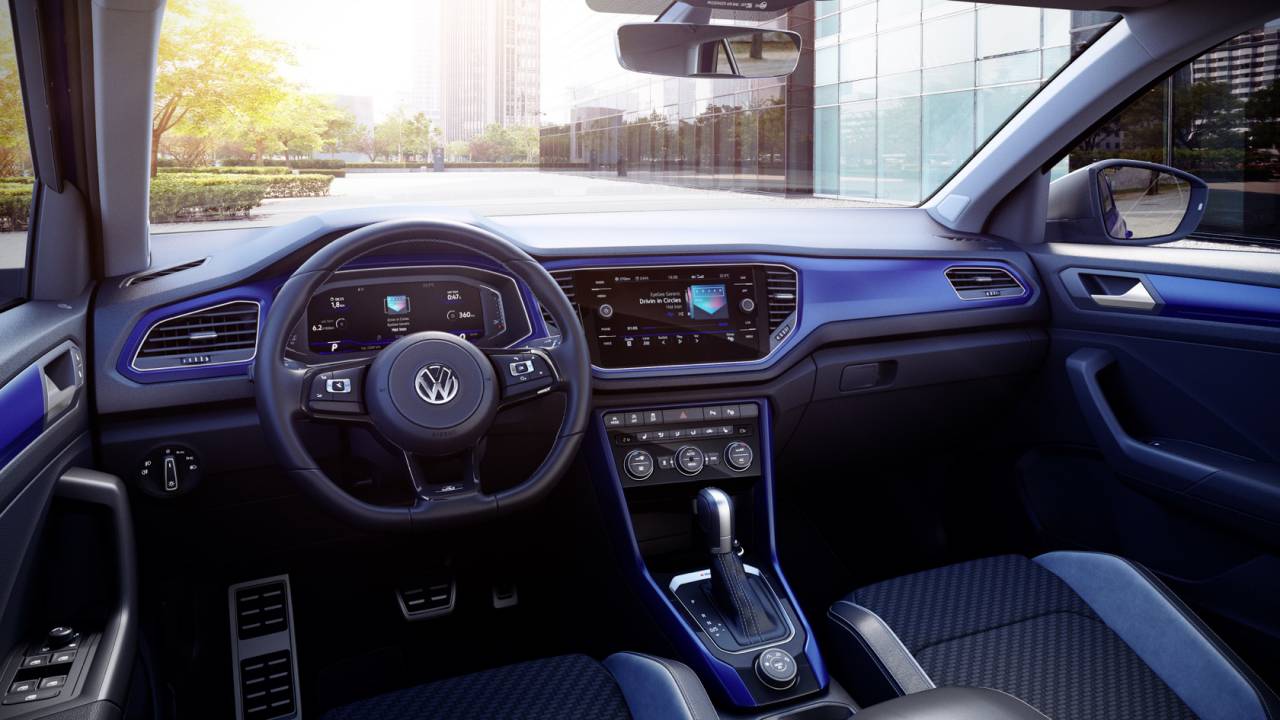 Inside, meanwhile, there are R-logo sill panel trims, made of stainless steel. The same logo has been added to the seat backs, while there’s a leather-wrapped multifunction sports steering wheel with Crystal Grey stitching. That has the R-logo too, along with paddle shifters. Stainless steel pedals and a special black headliner are included as standard. 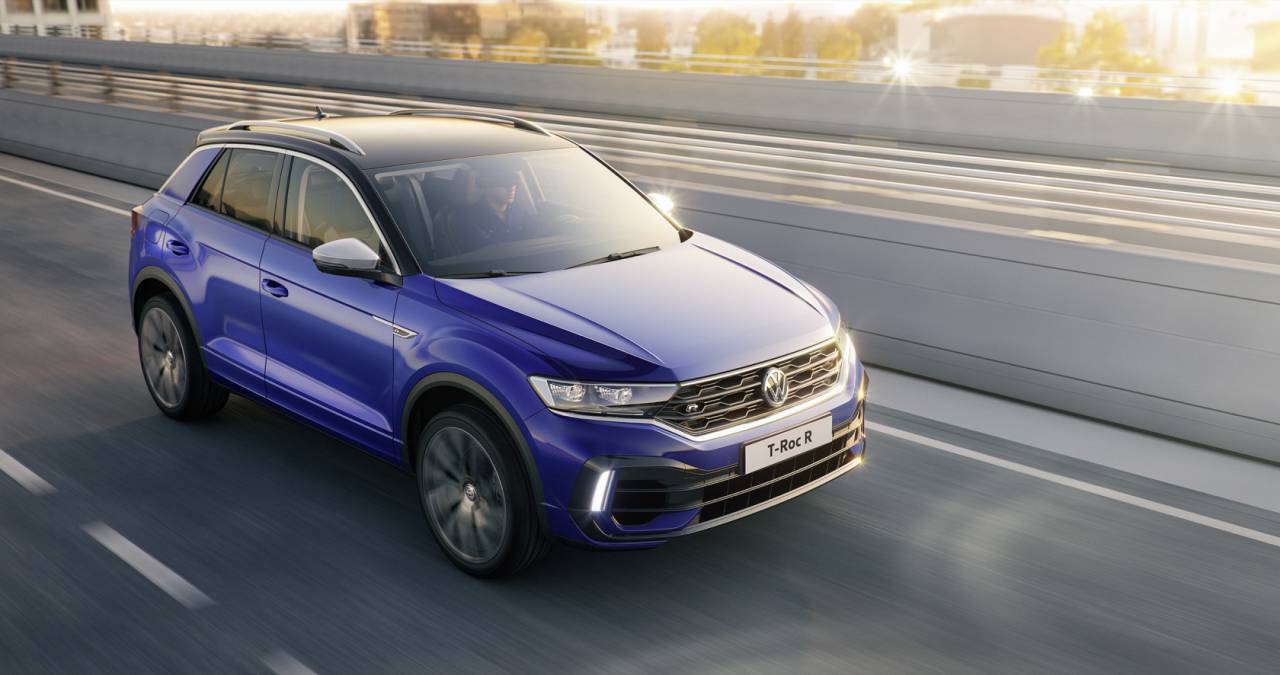 All in all, it’s a chunky little crossover that promises to drive as well as it looks. No word on pricing or availability at this stage, though we’ll likely find out more on both those fronts when the VW T-Roc R makes its official debut in Geneva.