Volkswagen and autonomous vehicle company Argo AI have completed their $2.6 billion investment deal, paving the way for future VW Group models to gain new driverless tech. Argo AI broke cover in 2017 with a billion dollars of Ford’s money to play with; now, it’s expanding to a new facility in Europe.

Argo Munich will be Argo AI’s European headquarters, and will be merged with VW Group’s own Autonomous Intelligent Driving (AID) team which is already based in the German city. It’ll be an engineering center; Argo AI’s actual fleet operations currently take place in Miami, Washington D.C., and Austin.

The company’s technology relies on both an array of sensors integrated into individual vehicles, and high-definition mapping of the areas in which those vehicles will operate. Dubbed a “street-by-street, block-by-block” mindset, it paves the way to a Level 4 self-driving system. That is, one which can be self-operated under specific conditions, within its operating design domain.

That means no Argo AI cars autonomously roving everywhere: instead, the technology is designed to work safely and successfully in certain pre-mapped locations, such as cities. Nor is the technology intended, at least initially, for individually owned vehicles. Instead, Argo and Ford have said they plan driverless shared services, with limited top speeds. 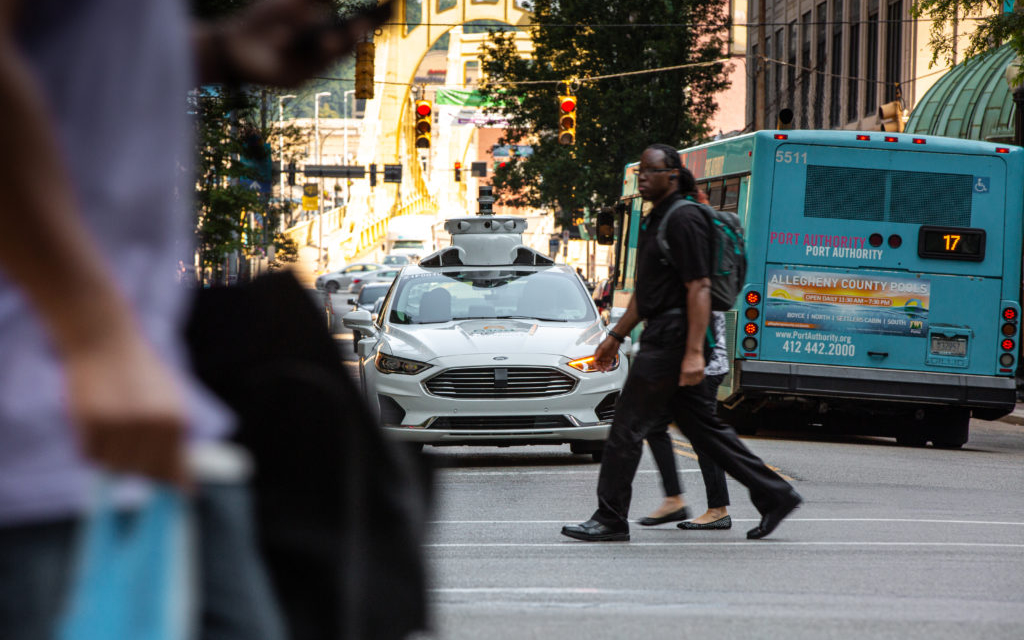 The VW deal – first announced late last year – will expand that potential considerably. For a start, it gives Argo AI two heavyweight customers to develop for, and two footing the development costs of real-world autonomous technology. That won’t mean a step back by Ford, though, nor complete collaboration between the two automakers.

Ford will be spending more than $4 billion through 2023 on self-driving technologies, John Lawler, CEO of Ford Autonomous Vehicles LLC, says. While it will be sharing the cost of developing Argo AI’s tech, that “doesn’t mean Ford is reducing its overall spend in the autonomous vehicle space” he insists. Indeed, “Ford will remain independent and fiercely competitive in building its own self-driving service.”

Instead it will mean Ford can divert some of that earmarked investment to the customer experience around driverless vehicles. That’ll include “transportation as a service software development and fleet operations” it says, as it aims to differentiate itself from VW and others, even though some of the underlying technologies may be shared.

“Our self-driving system has the largest geographic deployment potential of any autonomous driving technology to date,” Bryan Salesky, CEO, Argo AI and Reinhard Stolle, Vice President, Argo Munich add. “It also has the potential to be integrated into many vehicle types across multiple brands. With Volkswagen and Ford integrating Argo AI’s self-driving system into their vehicles to support distinct initiatives for moving people and goods, we have a clear pathway to making a positive impact on the world.”

[Updated to reflect AID and Argo Munich will be merging operations]