Wearable technology is big at CES this year, and head-mounted display specialist Vuzix isn’t about to be left behind. According to some preview images found by Bacon After Dark, the company will partner with UbiSoft and Nokia to bring some of the fancy headgear that the soldiers in the latest Ghost Recon game to life. They’re developing a real-world heads-up display for the upcoming game Ghost Recon: Future Soldier that will bring elements of a traditional shooter HUD off the screen, and onto a scifi-style headset of your very own.

Vuzix’s SMART glasses will transmit in-game information directly to the transflexive lenses in the Oakley-style glasses, eliminating the need for much of the “video game” style information on screen and giving the player a more real experience. Well, as real as a “futuristic” shooter can be. The technology allows the wearer to see through the lenses while displaying relevant information, and it’s on loan from Nokia.

Vuzix will unveil the new shades at CES in Las Vegas this week, so we’ll be sure to give them a try in conjunction with Future Soldier. There’s no word on when you can pick up a pair of SMART glasses or for how much, but there is some good news for the fashion-conscious: the glasses will work as regular sunglasses when worn away from gameplay. 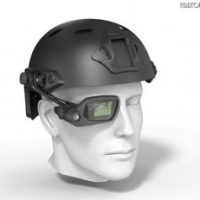 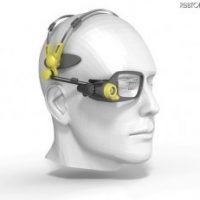 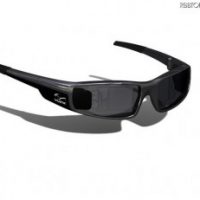