Our cars are becoming more and more like our smartphones: smart, connected, and electric. But with the rise of electric vehicles comes the question of charging, especially with EV charging stations being far and few in between. Volkswagen’s new solution also takes a page from smartphones with what it bills to be the first power bank for e-cars. Of course, it’s not something you can put in your trunk but it could at least reduce the hassle of setting up charging stations as needed.

Rated at 360 kWh, these mobile quick charging stations offer DC charging of up to 100 kW. At full capacity, it can, in theory, charge up to 15 electric vehicles before needing to charge itself. Not just e-cars, mind, but some e-bikes as well. With two DC and two AC connections, it’s even possible to charge four EVs at the same time, though parking space might be a bit limited.

So what’s the use of an e-car power bank you can’t carry around anyway? Volkswagen’s mobile charging stations are really less about portability and more about convenient placement. They could be quickly set up for large-scale events and can easily be exchanged with a new bank when drained. And because they don’t have to be connected to a power supply, they can also be used as semi-permanent charging stations in lieu of bigger ones. 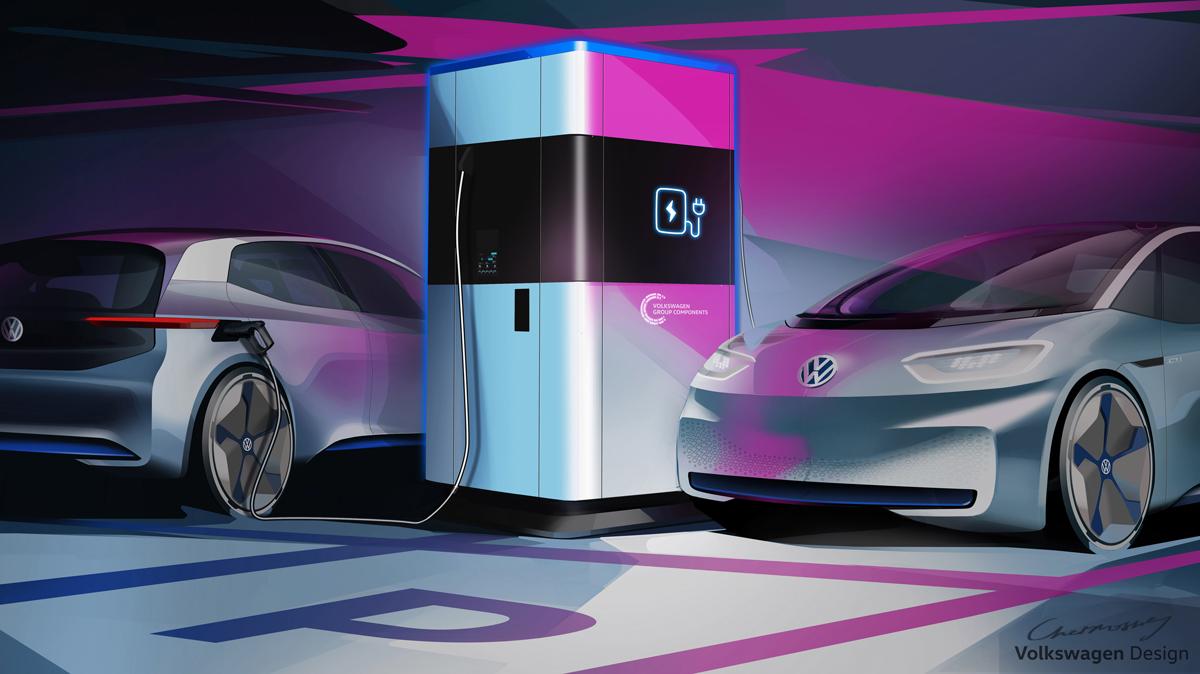 They can also be plugged to permanent power supplies, though, which also makes it easier to set up such permanent charging stations. With 30 kW AC input, these power banks can perpetually recharge themselves. Even better, they can also be hooked up to renewable power sources like solar or wind energy and they will store those up as well.

Volkswagen plans to start rolling out these mobile quick charging stations in the first half of 2019 in the company’s hometown. The chargers are an integral part of Volkswagen’s grand plan to push electric vehicles to its customers. In fact, the power banks use the same battery packs that will power its future ID family for EVs.