The New York International Auto Show 2015 kicks into high gear this week, and Volkswagen is ready not with one nor two but five models to show off. Granted, four of them are concepts, but considering they’re legacy, they are more than noteworthy. In time for the 60th anniversary of the Beetle line, the car maker is announcing four Beetle concepts, two of which are convertibles: the Beetle Convertible Denim, the Bettle Convertible Wave, the Beetle R-Line, and the pink, yes pink, Beetle Pink Color Edition. Plus, the Golf SportsWagen gets an all-terrain brother.

According to Volkswagen, those who already fell in love the Golf SportWagen also wanted to fall in love with one that they could take on any road, even off-road. That’s why it is introducing the new SportWagen Alltrack, one that boasts that all terrain power that only an all-wheel-drive system could bring. Normally, the compact wagon slash compact SUV behaves like a front-wheel-drive to save up on fuel. But once the 4MOTION system detects wheel slip, it transfers up to 50 percent of the torque to the real wheels, thanks to the Alltrack’s Haldex-5 coupling. Aside from the internal changes, the new SportWagen Alltrack also gets a slight facelift, with a higher ground clearance, almost an inch, wheelarch moldings, flared side sills, and a new bumper. Even the cabin has been changed with a new “upscale” design. The Golf SportWagen Alltrack will be available in the US in 2016 as a 2017 model. 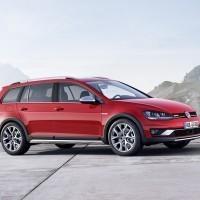 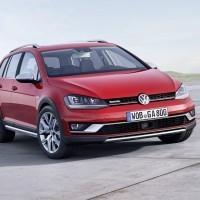 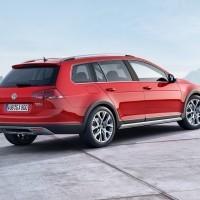 The Beetle has been intimately tied with Volkswagen history in the US and New York in particular. The first two Beetles were shipped to the US via New York and the latest model was unveiled at the New York Auto Show in 2011. It is almost fitting then, that the car maker makes the car even the venue for unveiling four new Beetle concepts, two coupes and two convertibles, that could make their way into real products in the future.

Tow of these are fashion statements just as they are cars. That is very evident in the Beetle Pink Color Edition, answering the growing demand, so says Volkswagen, for a pink option not only among its US base but also in China. Although the coupe is predominantly pink on the outside, it is complemented by a contrasting gray on the door mirror housings and side body moldings, what Volkswagen is calling “Pink Metallic”. That motif extends inside, where the color itself contrasts with the black chrome and aluminum of the cabin. Volkswagen will still be observing the reaction to this pink edition and, if positive, it might come out with a limited edition model. Although the current concept is a coupe, a convertible may also be possible. 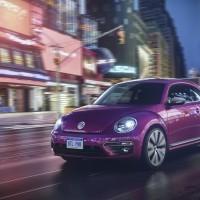 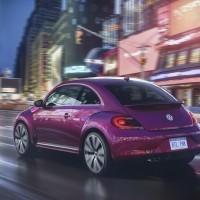 And speaking of convertibles and fashion statements, the Beetle Convertible Denim is such a car. As the name implies, this convertible is themed after your jeans, following the tradition of other “Jeans Bugs” that debuted in the 1970s. As you would expect, the car sports a predominantly blue color scheme, using Volkswagen’s specially developed Stonewashed Blue Metallic paint, though nine other colors will be available when and if the car goes into production. The soft top also features a dark blue featured fabric that will remind you of denims and the interior is upholstered in light blue fabric. The Beetle Convertible Denim concept is powered by a .1.8-liter TSI engine delivering 170 horsepower. 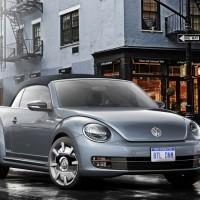 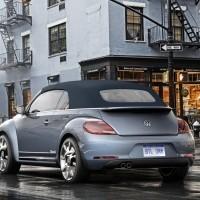 Although not as fashionable, the Beetle Convertible Wave is just as trendy. Designed to match the summer atmosphere in the US, this open-top four seater blasts your eyes with a “spicy” Habanero Orange Metallic color that will surely remind you of the season. This is made to contrast with the the 19-inch aluminum-alloy Tornado wheels and the chromed door mirrors. The Wave’s summer theme continues inside with a genuine wood dashpad that calls to mind a surfboard. 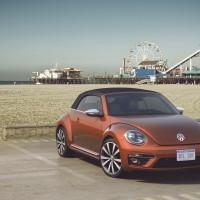 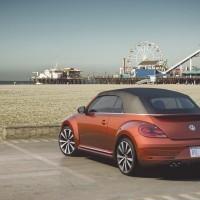 Compared to the other three concepts, the Beetle R-Line is more traditional, but even then it differs from the New Beetle in a few design areas. The current Beetle already sports a lower hood to give it a sportier look and the R-Line goes even further by adding a sporty 217 horsepower 2.0 liter TSI engine. The car gets an Onyx White Pearl coat, aggressive bumpers with huge air vents, and a slightly wider, at 0.6 inches, frame than a regular production vehicle. Volkswagen has not revealed any plans yet for both the Beetle R-Line and the Beetle Convertible Wave concepts. 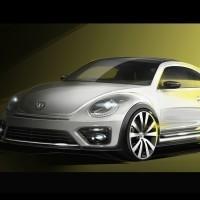 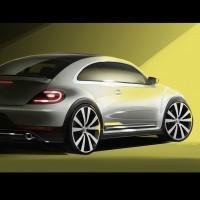 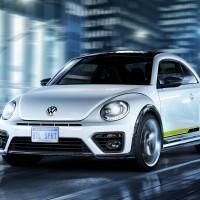 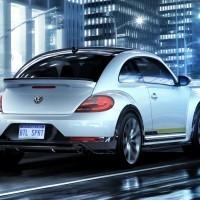