Even as 5G looms, losing the signal on your phone seems like a headache that will never quite go away. Now, though, a new antenna design could take wireless communications to previously radio dead spots, like underground or underwater, in tunnels, or simply spanning huge distances like national parks or deserts.

The pocket-sized antenna is the handiwork of the Department of Energy’s SLAC National Accelerator Laboratory, based in the Bay Area, California. It relies on VLF – or very low frequency – radiation, to deliver range that can be measured in thousands of miles, depending on the environment it’s being used in.

VLF radio isn’t new, and its range and material-spanning advantages aren’t unknown. The problem has always been primarily one of scale. Efficient antennas have a size close to the wavelength of the frequency they’re trying to use. Problem is, VLF wavelengths are tens to hundreds of miles.

It means that existing VLF antennas – at least those designed for maximizing range – are usually arrays that themselves extend for hundreds of miles. The US Navy relies on VLF to communicate with submarines, for example, with the underwater craft trailing huge antenna wires behind them. Although there are smaller versions, they still tip the scales at hundreds of pounds. Even then, they’re “much less efficient,” SLAC points out.

This new antenna tears up the VLF expectations. Instead of being a vast array, it’s a mere four inches tall. “Our device is also hundreds of times more efficient and can transmit data faster than previous devices of comparable size,” Mark Kemp, principle investigator on the project at SLAC, explains.

It looks more like a prop from a movie than what you’d expect from an antenna. The core is a 4-inch piezoelectric crystal, which generates VLF radiation. Made of lithium niobate, it vibrates – shrinking and expanding – when an oscillating voltage is applied. The mechanical stresses then trigger an oscillating electric current, and it’s the electromagnetic energy of which that is emitted as VLF radiation. 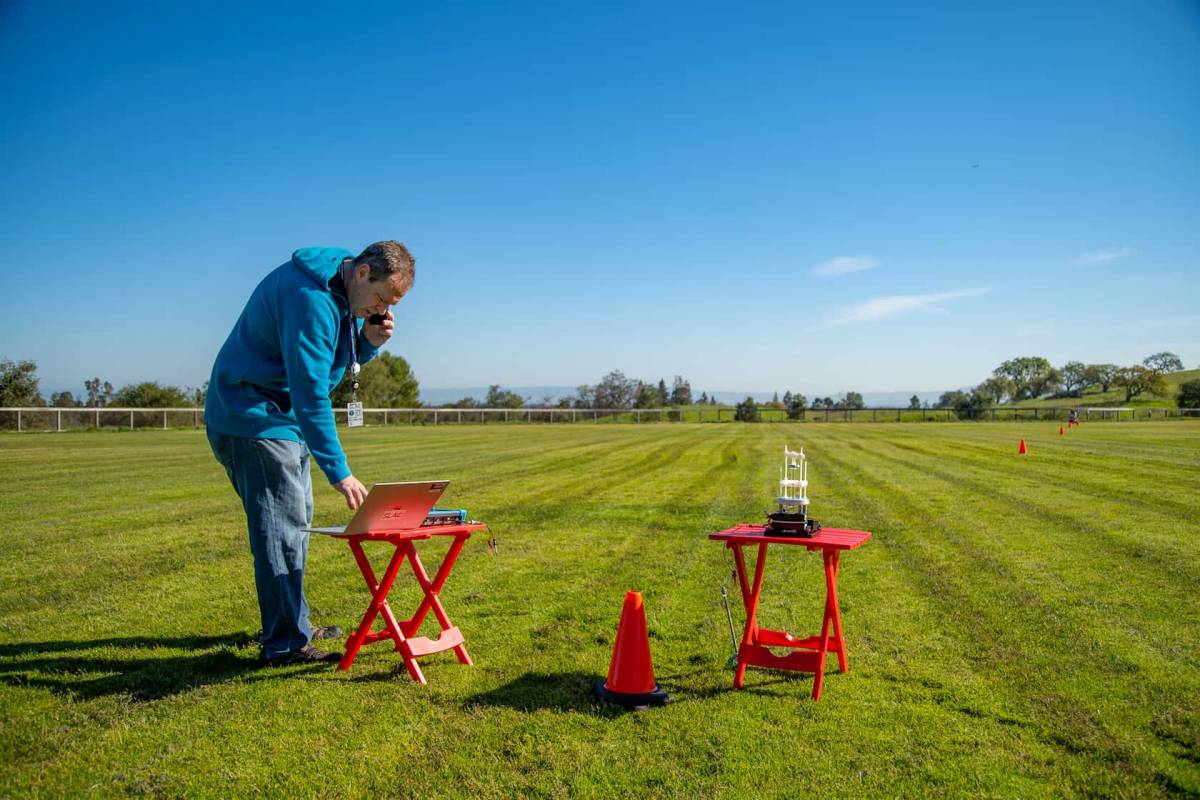 Because of how the radiation is created, the antenna can be significantly smaller than traditional VLF antennas without unduly impairing performance. Meanwhile, as it can be switched during operations, the wavelength can be adjusted too. That allows for greater bandwidth.

“We repeatedly switch the wavelength during operation, which allows us to transmit with a large bandwidth,” Kemp explains. “This is key to achieving data transfer rates of more than 100 bits per second – enough to send a simple text.”

As you may have guessed, then, this isn’t going to rival 5G for throughput, and you’re not going to be watching YouTube videos over a VLF connection any time soon. Where the technology could come in useful, though, is in emergency situations where traditional networks fall short. The test antenna produced VLF radiation 300 times more efficient than earlier compact antennas.

That could pave the way to impromptu emergency networks in under the water or in underground situations. Groups of rescue workers could rely on a VLF network to communicate at the scene of a crash or other event. Not as exciting as a 5G installation, no, but potentially contributing to saving lives.

Next up, the SLAC team aims to explore how the antenna could be optimized. Right now, it’s designed to perform best in open air, but VLF has advantages for how far it can penetrate through rock and water.