VLC Media Player Available in App Store, Supports Nearly All Codecs There Are

Everyone knows about Apple’s torrid history about apps in their App Store. From rejections, to removals, they’ve covered the gamut of making sure the App Store held nothing in it that Apple would find questionable, for any reason. But, the Cupertino-based company has turned over a new leaf recently, first with getting a bit more transparent in their application submission rules and regulations, and then letting in Google Voice clients. And now, VLC Media Player is officially available in the Apple App Store as an iPad application.

Supported media formats on the iPad, the tablet device from Apple, aren’t as full as some would like them to be. But, thanks to the VLC media player, owners basically don’t have to worry about that. As the company proudly states, the player supports “nearly all codec there is.” That means, if you have an iPad, you should be able to throw any kind of movie file you have onto it, and utilizing the application, it should play just fine. While there were other applications in the past, like YXPlayer and OPlayer (and CineXPlayer), both the refinement and overall ease-of-use with VLC Media Player makes it stand out as the premiere choice for video playback.

As far as pricing and releases go, the official release date isn’t until tomorrow, but if you head into the App Store right now, you shouldn’t have any trouble finding it. Pricing is free, thankfully, so there shouldn’t be anyone out there who does’t take advantage of this app. 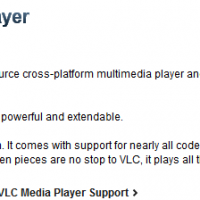 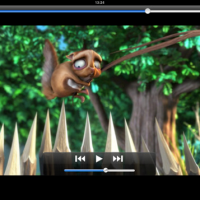