Vivo has been aggressively pushing its smartphones in global markets in the past few years, and its strategy may have paid off with its rise among the world’s top five brands. Of course, it has also littered the market with innumerable models, though a few manage to stand out because of some novel feature or design. The Vivo X50 Pro+ and X60 Pro+ may be remembered for their unique mini-gimbal systems, and the Vivo X70 Pro+ might stand out from the crowd with a small screen on its back.

Second screens on smartphones aren’t exactly a new concept by now, but it’s still a rare feature. The Meizu Pro 7 from 2017 could be credited for this niche trend, though there have been dual-screen phones like the YotaPhone for far longer. More recently, Xiaomi revived that design with the Xiaomi Mi 11 Ultra just last April, and it seems that Vivo is not far behind.

Truth be told, the renders shared by Pricebaba and @OnLeaks only hint at that possibility. The back of what is believed to be the Vivo X70 Pro+ has a large camera bump that takes up one-third of the phone’s back. Occupying the rest of the space is a thin area that could just be cosmetic or a place for a second screen.

What is noticeable from these renders is the absence of Vivo’s much-touted gimbal camera. The company has invested heavily in this technology, so it’s a bit surprising not to see it in what would be Vivo’s camera smartphone flagship. Then again, these are just renders that might not accurately depict the final design. 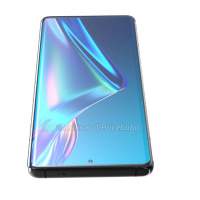 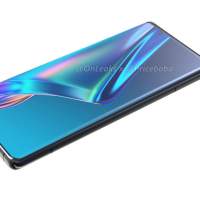 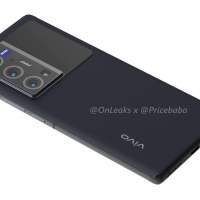 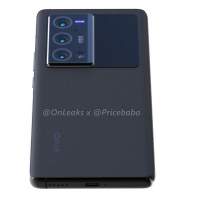 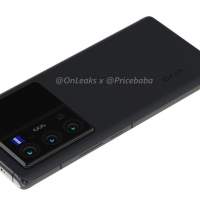 Little is known about the Vivo X70 Pro+’s specs at this point. It is expected to run on a Snapdragon 888 with at least 8GB of RAM, more likely 12GB at most. Perhaps a bit more interesting is the prospect of the phone bearing Vivo’s self-developed imaging processor, the Vivo V1, which could explain the lack of a hardware gimbal in the next generation.