A long time coming, Synaptics finally launched late last year the first ever commercial in-display fingerprint sensor. Jumping immediately on the opportunity to be different, Vivo equipped its new X20 Play UD with the never before seen feature. JerryRigEverything demonstrated how users didn’t have to worry about scratches on the display but had to be extra careful not to break the screen. But since that was broken anyway, the YouTube channel’s Zack Nelson got to work in tearing down the phone to reveal the sensor’s secrets.

Considering the Vivo phone survived Nelson’s mighty hands, the teardown proceeded with the usual meticulous care in order to put it back together again. That is, once a replacement screen became available. In terms of a teardown, it was pretty uneventful and almost too easy. Up to the screen, it would probably have scored well on iFixit.

The screen’s glass, however, is fused to the display and glued tightly to the frame. Prying it off to get to the sensor would have been risky. Fortunately for the sake of science, that screen was already shattered anyway. And after an excessive amount of heating to loosen up the adhesive, it finally gave way. 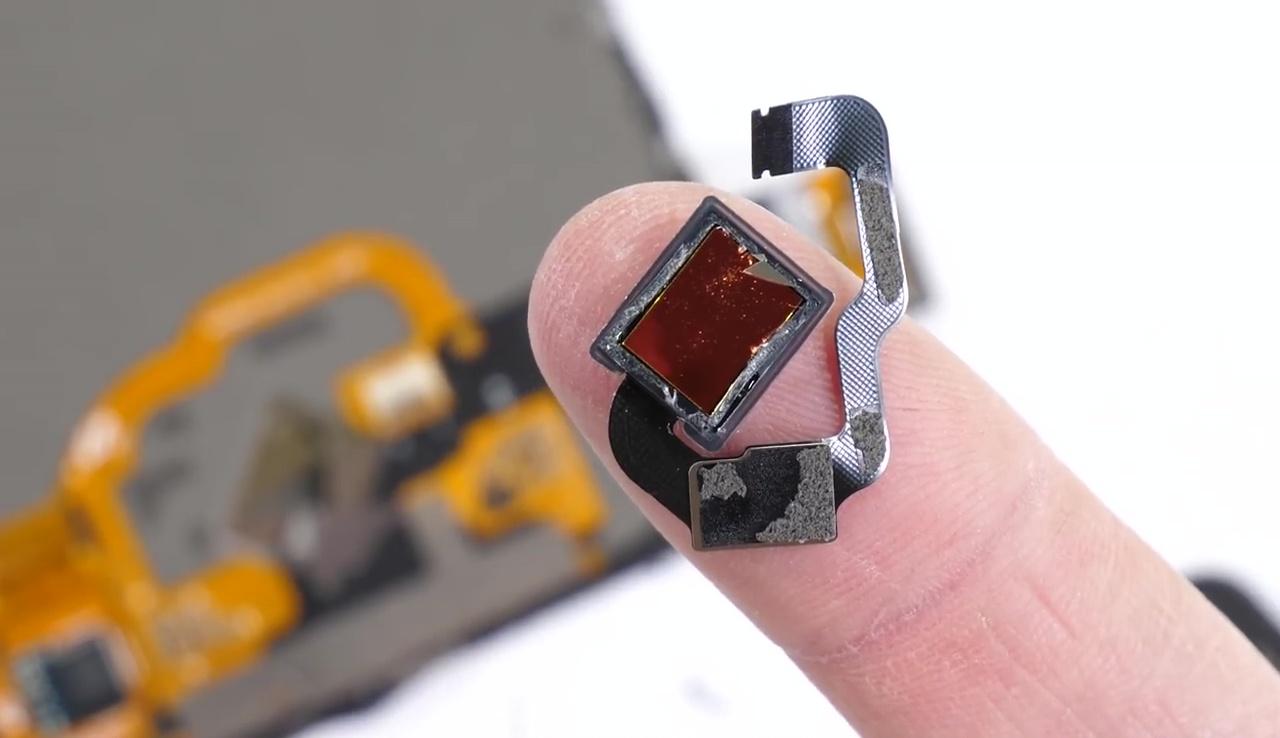 The in-display fingerprint scanner, positioned diagonally, lies underneath the OLED panel, which was actually translucent. That allowed the optical fingerprint scanner to see through the OLED and the glass on top. It is also what makes you almost see the sensor when the screen is turned off. The blackness of the screen is actually due to having a layer of black coating underneath the OLED sheet. Otherwise you’d be able to actually see through the screen. Which would be distracting but visually interesting.

This design does mean that users should be more worried about cracks rather than scratches. The latter would have little to no effect on the accuracy of the fingerprint sensor. Then again, any crack on the display would render the phone useless anyway, whether the fingerprint scanner remained functional or not.