A new Vivo patent has turned up that shows a strange and very unique pop-up camera system that may find a home in future smartphones. The patent shows cascading extendable camera with four lenses that pop out the top of the smartphone. Each of the four segments of the pop-up camera has its own lens inside.

The camera system is like a nesting-doll set up with each higher level rectangle slightly smaller than the one below it, allowing them to tuck into a much smaller space when collapsed. According to the patent, the camera system would enable high multiple zoom, introducing a larger zoom range to the smartphone photography world. 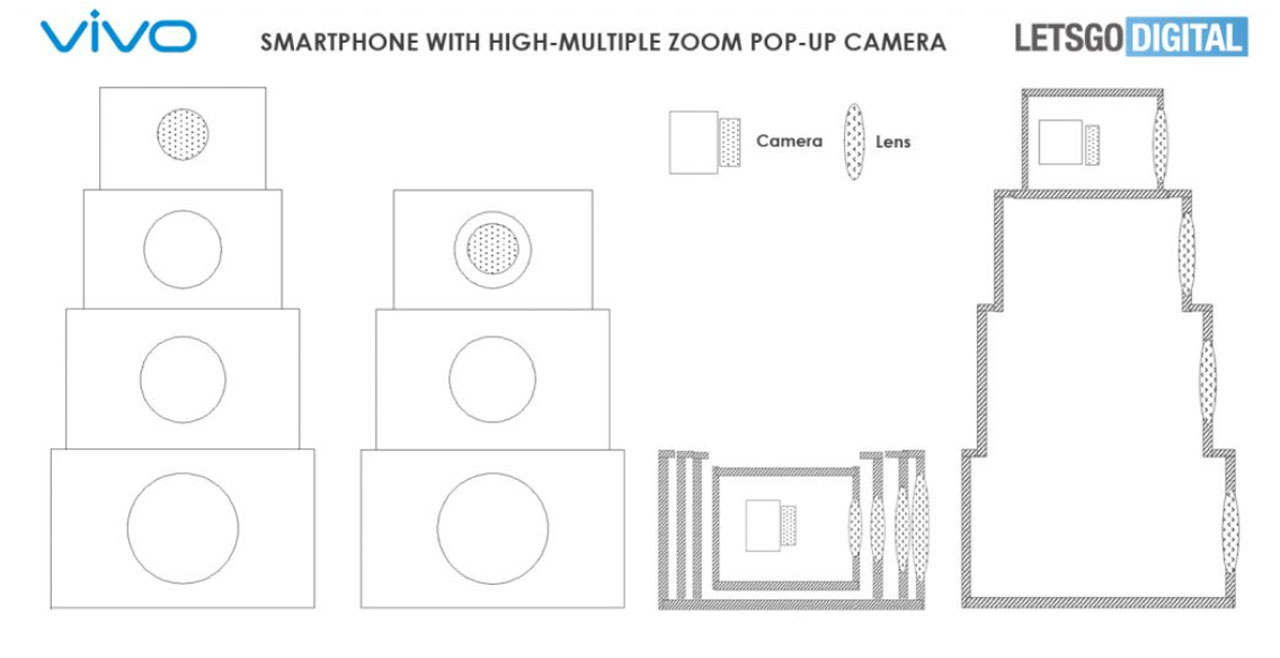 Currently, most smartphone cameras top out at somewhere between 2x or 5x optical zoom. Lets Go Digital took the line art and details from the patent and created the renderings seen here showing what the pop-up camera system might look like. According to the patent, the lenses do face rearward for shooting photographs of the world around you rather than selfies. 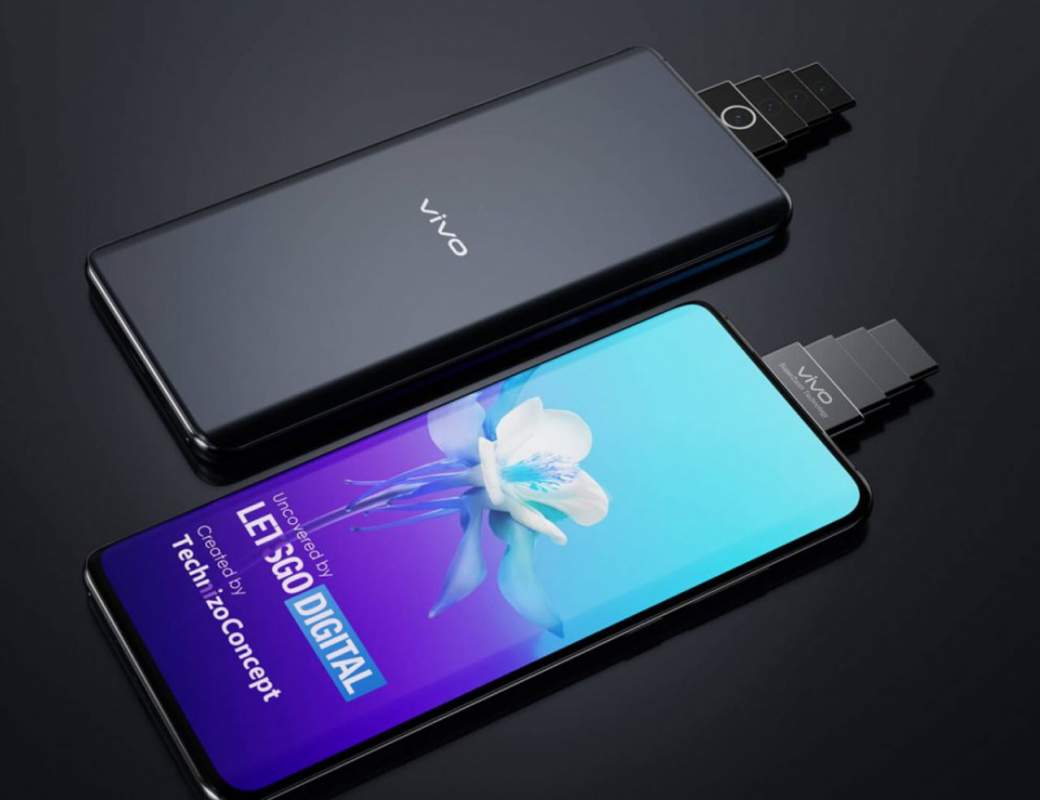 It does seem as if it might be possible to reverse one of those lenses and make it forward-facing, so all of the cameras were in the pop-up stack. The design is interesting and creates a smartphone that has no camera protrusions on its rear. However, the design would mean if you want to take an impromptu picture, you have to go through the extra step of pushing the camera to ejected for use.

However, it’s certainly possible that pushing the camera to ejected can automatically open the camera app saving the user time. The patent doesn’t call out exactly what type of zoom range Vivo is going for with its design. The assumption would be since it has 5x optical zoom capabilities on some of its smartphone models already, the new system will have an even higher range. We do have to wonder how durable this camera system would be.