This year has seen a number of unconventional smartphones but few can probably outdo the bezel-less, notch-less smartphones with elevating cameras. Vivo blazed the trail with its Apex prototype that it said wouldn’t be commercialized. A few months later, the Vivo NEX S launched with almost exactly the same features as the prototype. But is the NEX S all flair and no substance? Is it just a smartphone with a pretty face and a gimmick but nothing more? We take a hard good luck at the Vivo NEX S to bring you the answers.

It’s hard to deny that the biggest appeal of the NEX S is its looks. No other phone, save for the OPPO Find X, can boast of that much screen occupying the face. 91.24% screen to be exact. And that’s without giving way to a notch and having a very small chin. Yes, there’s still a chin, but it’s barely noticeable.

The back of the phone would have been boring in comparison if not for Vivo’s artistic flair. The back reveals a variety of colors that depend on how light is reflected from the glass surface. The effect is dazzling and will make you hesitant to put on a case. 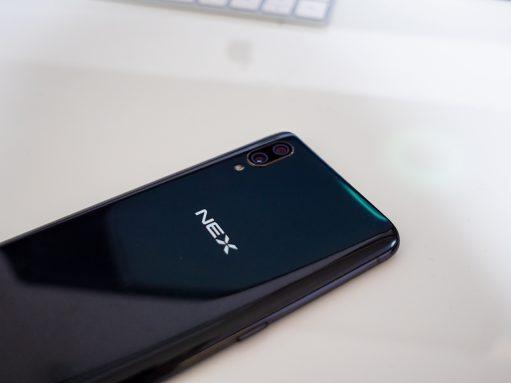 You might want to, though, especially if you’re not used to holding up a heavy phone. At 199 grams, the Vivo NEX is easily one of the heaviest smartphones among flagships of its screen size. That may be due to more parts being crammed inside, specifically the motor that pushes and pulls the camera contraption. That added heft, however, also has the effect of making it feel more solid while the slightly curved back lets the phone rest comfortably and securely in your hand.

The biggest design flaw of the Vivo NEX S, however, is technical. Thanks to moving parts, it doesn’t have any dust and waterproof rating. So while the phone may be durable to some extent, it can easily fall prey to the elements. Definitely not something you’d want to get wet under the rain.

The NEX S is almost conventional when it comes to hardware specs. It runs on a Qualcomm Snapdragon 845, helped by 8 GB of RAM, and boasting 128 or 512 GB of storage. It uses a USB-C port and still has a 3.5 mm headphone jack. We’ll get to the cameras later but, suffice to say, the Vivo NEX S is right up there with this year’s Android smartphone flagships.

Given how front and center the screen is, it deserves particular attention. It uses a 6.59-inch Super AMOLED display from Samsung with a pixel resolution of 2316×1080. Not quite QHD or 1440p but does meet the requirements for 2K. The unusual resolution does mean some letterboxing is unavoidable. Being an OLED screen from Samsung, you’d presume the NEX S would exhibit performance like that of, say, the Galaxy S9 or the Galaxy Note 9. It does get the contrast and blacks right but doesn’t reach the maximum brightness that Samsung’s own phones boast of. The screen also tends to favor reds and blues more than the greens, giving it vibrant but less than accurate colors.

The biggest offense that the NEX S makes when it comes to specs, however, is what’s missing. Having no wireless charging is perhaps forgivable and if you go for the highest 512 GB storage option, having no microSD card expansion is almost negligible. But combine those two with the fact that the phone has no NFC chip inside, you’ll begin to see where Vivo may have cut corners to achieve its design and trick. That means no mobile payment options, be it Google Pay or whatever China has in its stead.

Next to the screen, that camera gimmick is the other biggest highlight of the Vivo NEX S. And, admittedly, it’s a gimmick that never gets old. Open an app that needs to use the front camera and it slides out. Silently by default though you can pick your choice of attention-grabbing sound effect. Switch to a different app or close the app and the camera slides back in. The mechanism defies expectation in that it is fast, just under two seconds, and sturdy. Whether it will stand the wear and tear of everyday use, however, is not something we can answer immediately. 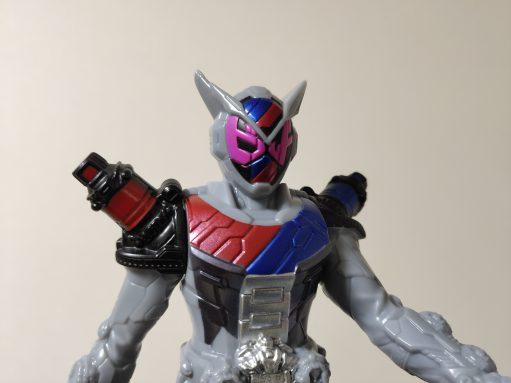 Sadly, it’s almost just for show. Because while the elevating mechanism may be impressive, the actual camera isn’t. It’s not atrocious but the 8 megapixel f/2.0 camera leaves much to be desired. It’s biggest perk is its Face Beauty AI, except that it’s very aggressive and tends to produce creamy results. It might be hugely popular in China, but others might find it disturbing. 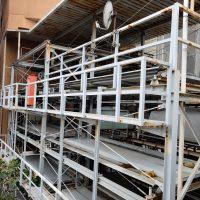 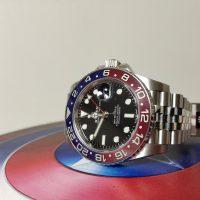 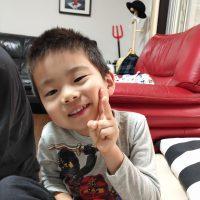 The phone is not a lost cause, thankfully. The main camera, made up of a 12 megapixel f/1.8 sensor with four-axis OIS and dual-pixel PDAF paired with a 5 megapixel f/2.4 depth sensor, is great if not at least decent. It’s not one of the best, mind, but you’d be surprised at how good it actually is. Under bright and ideal conditions, the NEX S produces impressive results with bright colors and accurate details. It does seem to err on the side of oversaturation which, like the aggressive Beauty Mode, seems to be designed to cater to social media more than professional photography. Oddly, the camera records 2K and 1080p videos at a maximum of 30 fps only.

The Vivo NEX S has another hidden trick: it doesn’t have an earpiece speaker on top. Instead, it uses vibrations to turn the top half of the display into a sound conduit. Vivo calls this “Screen SoundCasting” and it uses the same piezoelectric speaker, which uses a vibration motor, that the Xiaomi Mi Mix has, with one subtle but important difference. The NEX S won’t broadcast what you’re hearing to others, even if they’re within hearing range. That crisp and clear audio is for your ears only.

But while the NEX S’ upper speaker is innovative, its main bottom-facing speaker is utterly ordinary, almost unimpressive. It’s loud but does overemphasize bass to the point of sacrificing higher tones. Because of the Screen SoundCasting feature, Vivo couldn’t utilize the “earpiece speaker” to create a stereo audio effect. Fortunately, the NEX S does have a built-in DAC so you can at least plug in decent headphones to get more satisfying audio.

It almost seems like the NEX S never runs out of party tricks, and here’s one more. It has a fingerprint on display (FOD) or in-screen fingerprint scanner. No surprise there, really, since Vivo was the first on the scene after Samsung and Apple gave up on the technology too soon. Fortunately, the technology has had time to mature between the Vivo X21 UD and the NEX S, otherwise, this would have been a disappointing story.

The sensor is fast but not entirely accurate. It may take some time to get used to, especially since you need to tap on a specific spot, unlike the Vivo Apex prototype that proposed a sensor area that occupied half the screen. As it relies on light, it can also be thrown off by different lighting conditions. FOD technology, however, is still in its early days. Sadly, this is not something that can be fixed by a software update only.

The Vivo NEX S doesn’t have any face recognition to speak of, which is probably for the best considering you’d have to wait for the camera to pop up before you can unlock your phone. That said, sibling and rival OPPO does exactly that with the Find X. Ironically, that one has no fingerprint scanner at all.

While the NEX S so far seems to be a balanced mix of good features and compromises, software is where the smartphone falls flat on its face. That is, depending on where you’re coming from. Android users who complain about how Samsung’s TouchWiz mutilated the platform has perhaps never heard of the likes of Vivo’s Funtouch OS. Or OPPO’s ColorOS and Xiaomi’s MIUI, for that matter. If there’s a common thread between these Chinese Android customizations is that they are, or at least were, unabashedly aiming for an iOS look and feel. 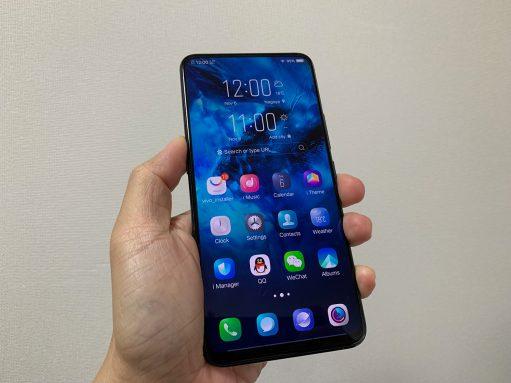 That will definitely be your first impression of the NEX S’ version of Android. Vivo’s Funtouch even tries to copy the new iPhone X gestures, and even the now obsolete control center that slides up from the bottom. And it isn’t always pretty or effective. If you’re coming from any other Android experience, the adjustment period will be long and painful. If you’re already a Vivo user, then you’ll have no problem at all.

That’s not the only software problem though. The NEX S features Vivo’s own attempt at an AI assistant called Jovi. And, unsurprisingly, it has its own dedicated button. Neither are useful to anyone outside of China. Speaking of which, if you do end up getting a Chinese model, you will have no Google Play Services. Models sold in other markets, like India, fortunately, have no such problem.

So how does the Vivo NEX S perform in the real-world? Surprisingly well, to be frank. In no small part thanks to the Snapdragon 845 and 8 GB of RAM, the smartphone remains fast and responsive. Which is a surprise given how heavy Funtouch’s customizations can be. However, despite all of its gimmicks or perhaps because of it, Vivo didn’t have enough room for some fancy water cooling system, so do be careful when taxing the thing.

Battery life can be a hit or miss. The 4,000 mAh pack can last you two days at most, a day plus a few hours at least. The discrepancy is partly due to Funtouch’s rather aggressive and unpredictable memory management. You won’t be rushing for a plug before the day is over but do not bank on stretching it out. Fortunately, the NEX S does feature some very fast charging to make up for that.

So should you buy the Vivo NEX S? If you live outside of China or one of the markets where it’s officially sold, the answer is easy: no. The software headaches that come with Funtouch, particularly the lack of Google Play Store, is more than enough to ruin the experience of an otherwise fancy looking but gimmicky smartphone. But if you do have easy access to the phone, the scales still tip more towards the negative. 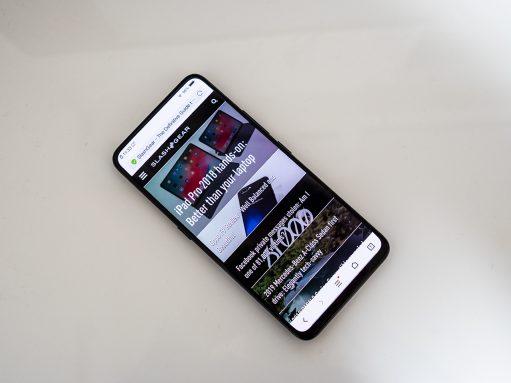 The NEX S definitely looks great and is a great conversation starter, but you aren’t exactly getting the best that the market has to offer. While it definitely seems like the smartphone of the future, judging by the recent series of flagships, even Vivo and OPPO themselves seem to have given up on that future already.