Early this morning, Virgin Galactic completed two successful flights of its VSS Unity and VMS Eve crafts, a process that kicked off around 9AM in the Mojave Desert. This marks the first time the VSS Unity, something known as a rocket-powered manned SpaceShipTwo space-plane, has taken to the sky in a couple months. Virgin Galactic explains that this latest flight was something of a dry-run ahead of more powerful flights.

This time around, VSS Unity underwent a gliding flight, the sixth one undertaken by the space-plane. Virgin Galactic performed this test ahead of planned rocket-powered flights, which will take things up a notch. 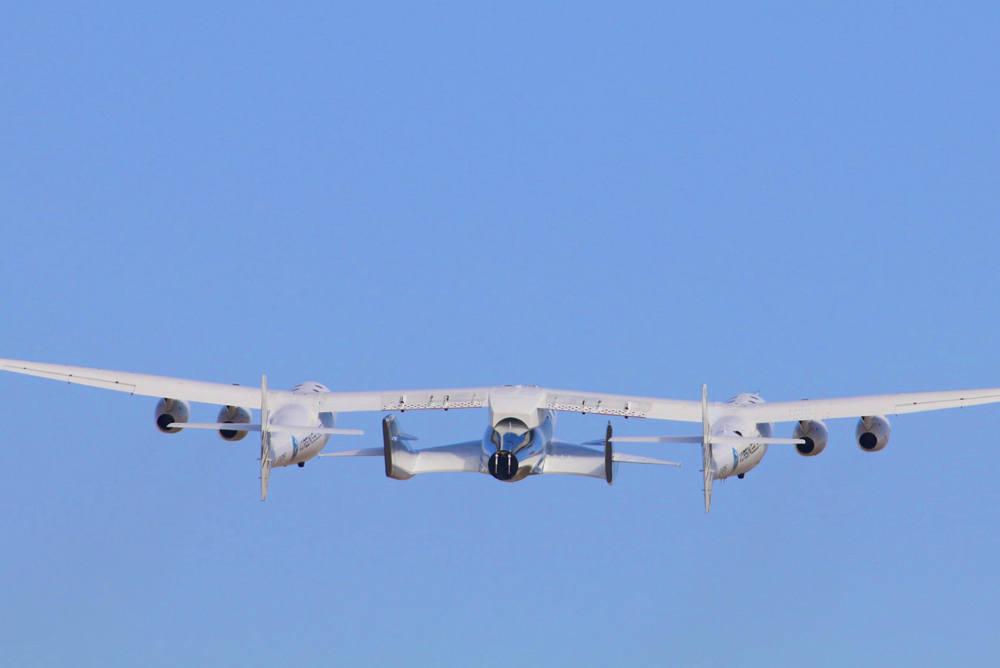 Virgin Galactic has a bit of boasting to do, saying that this marks the first time ever that VSS Unity was flown with all of its principle propulsion components in place and live, the only exception being the Case-Throat-Nozzle, the rocket motor fuel grain otherwise referred to as CTN.

Though Unity has undergone a handful of past flights, this is the first time it operated with a fully charged Main Oxidizer Tank (it was full of nitrous oxide); it’s also the first time Unity has taken to the skies with a forward pressure tank full of helium. Though the CTN was missing, the craft was equipped with a rear fuselage holding 1,000lbs of water, something done to simulate the weight of the CTN. The same simulation was in place for the previous flight, too.

Unity experienced a clean separation from Eve, Virgin Galactic explains, once the duo reached and exceeded the 40,000ft point. Various tests were performed during Unity’s descent, including bank-to-bank rolls and a high-g pull-up maneuver. Though this isn’t the first time tests like this have been performed, Virgin Galactic says it is the first time the rear tank’s water ballast wasn’t jettisoned, meaning the tests were performed at a higher landing and different center of gravity than before.