Mesh routers have arguably been the secret weapon for successful remote working and home-schooling over the past 18 months, but upgrading your network for maximum coverage has so far come at a price premium. Not so with Vilo, a new name in networking, and one betting that a lot more people would go mesh if they could get a three-pack for under sixty bucks. 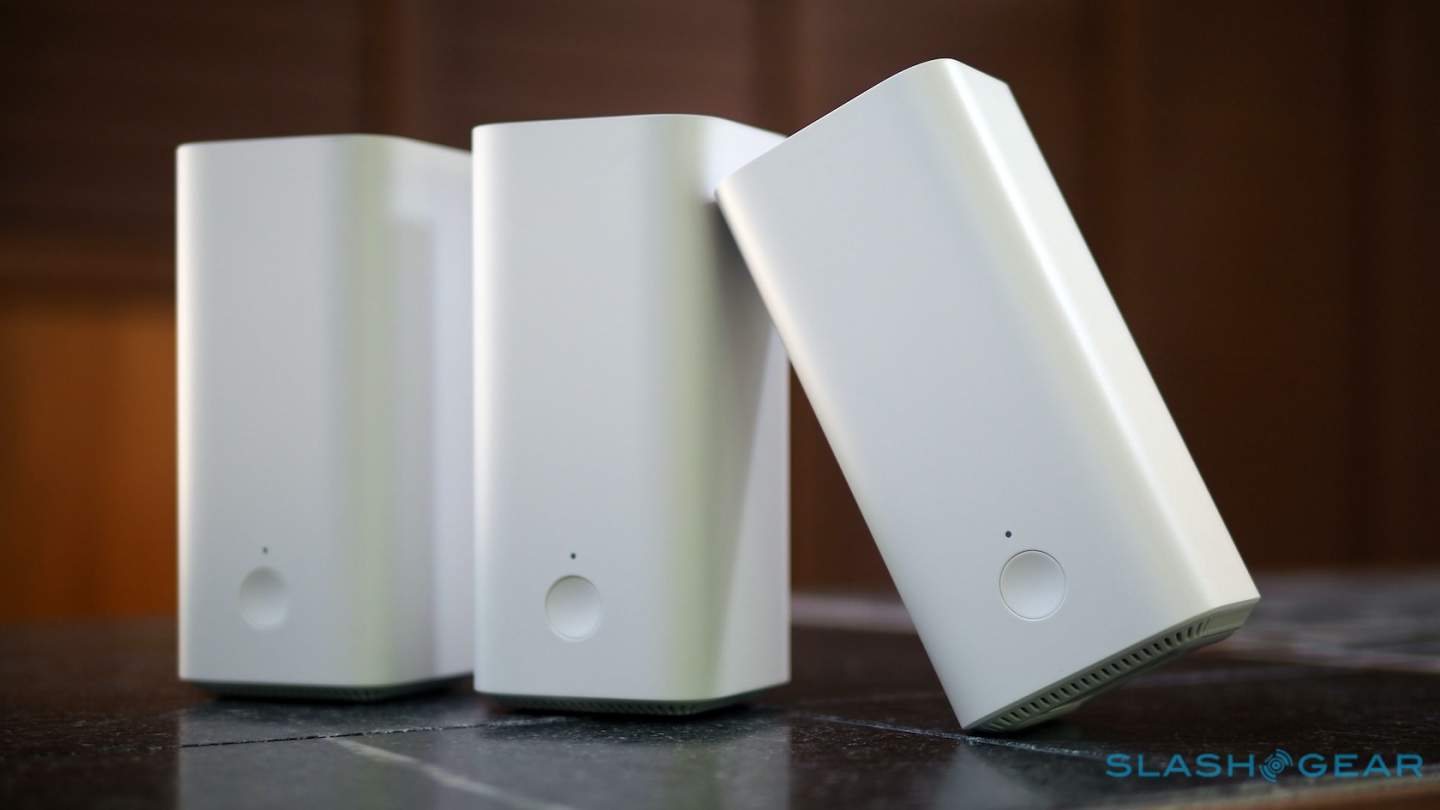 If you’re new to mesh networking, the idea is fairly straightforward. A primary unit plugs into your modem, just as you would with a regular router, but then you can connect further units to expand WiFi coverage elsewhere. Theoretically, Vilo says, you could keep going with more and more units, though it recommends no greater number than eight for best performance. 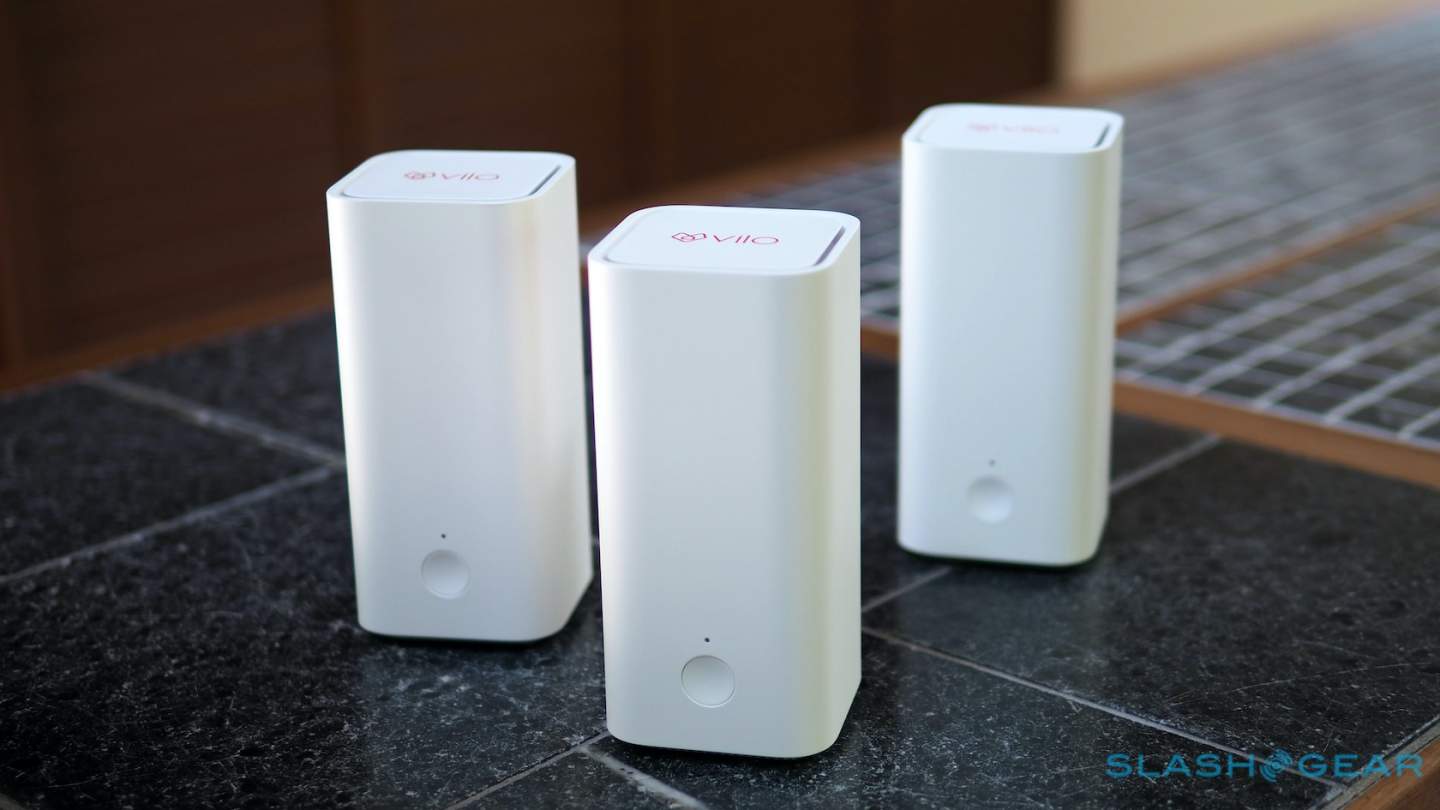 Vilo’s routers are simple things: 6-inch tall matte white obelisks, with an LED on the front and three gigabit ethernet ports plus a power port on the back. Vilo’s power adapter is admirably slim; you can plug it into a power strip without it blocking the neighboring outlets. It’s a little detail, but they add up. 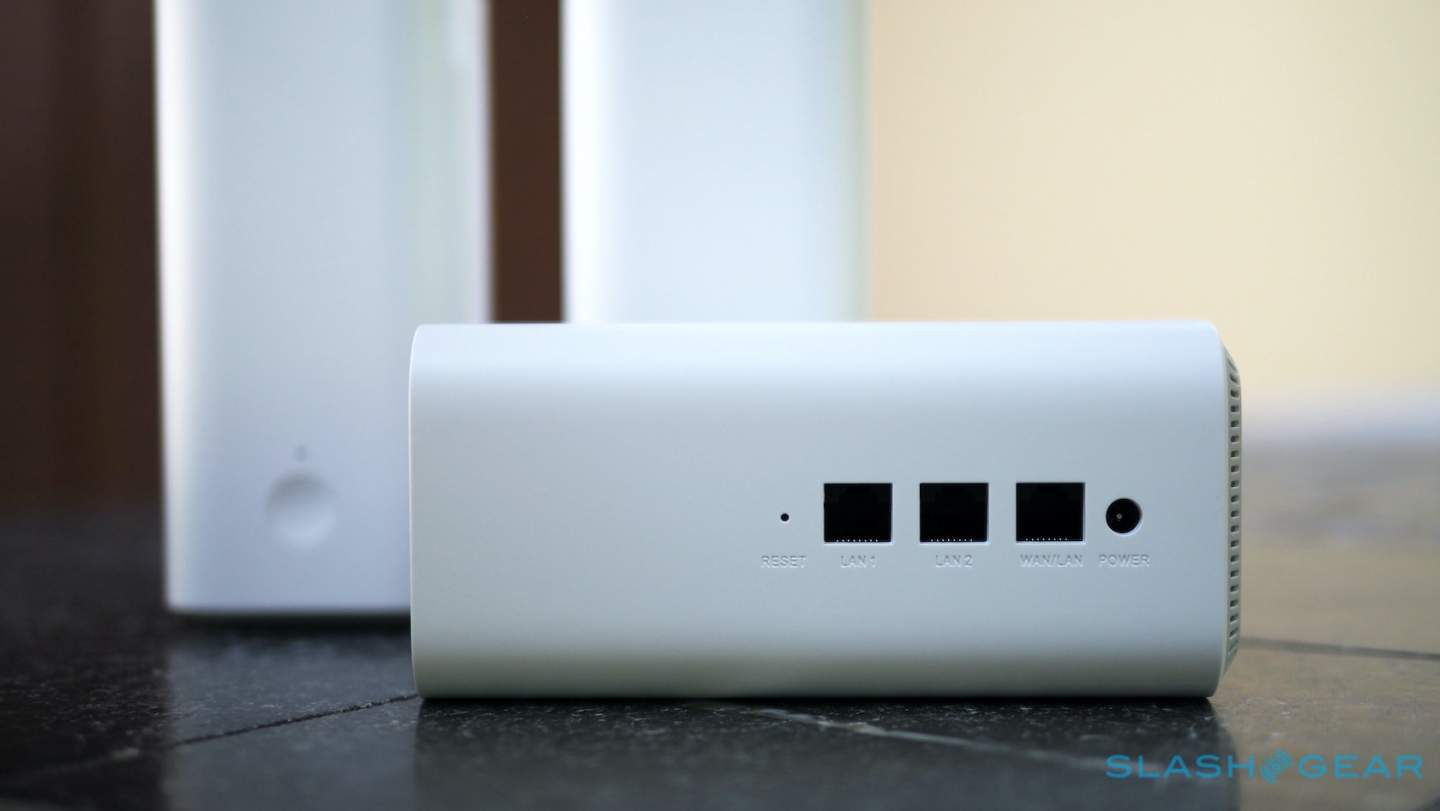 Setup is via Vilo’s app for iOS and Android, a straightforward matter of connecting the first unit, scanning its QR code to join the WiFi, and then waiting for the latest firmware to install. You can rename the WiFi network and change the password if you want. Adding extra Vilo units is a matter of just plugging them into power and waiting a minute or two for the light to turn blue, if they came in the same bundle with the primary unit. Otherwise there’s a simple pairing process to get them linked. 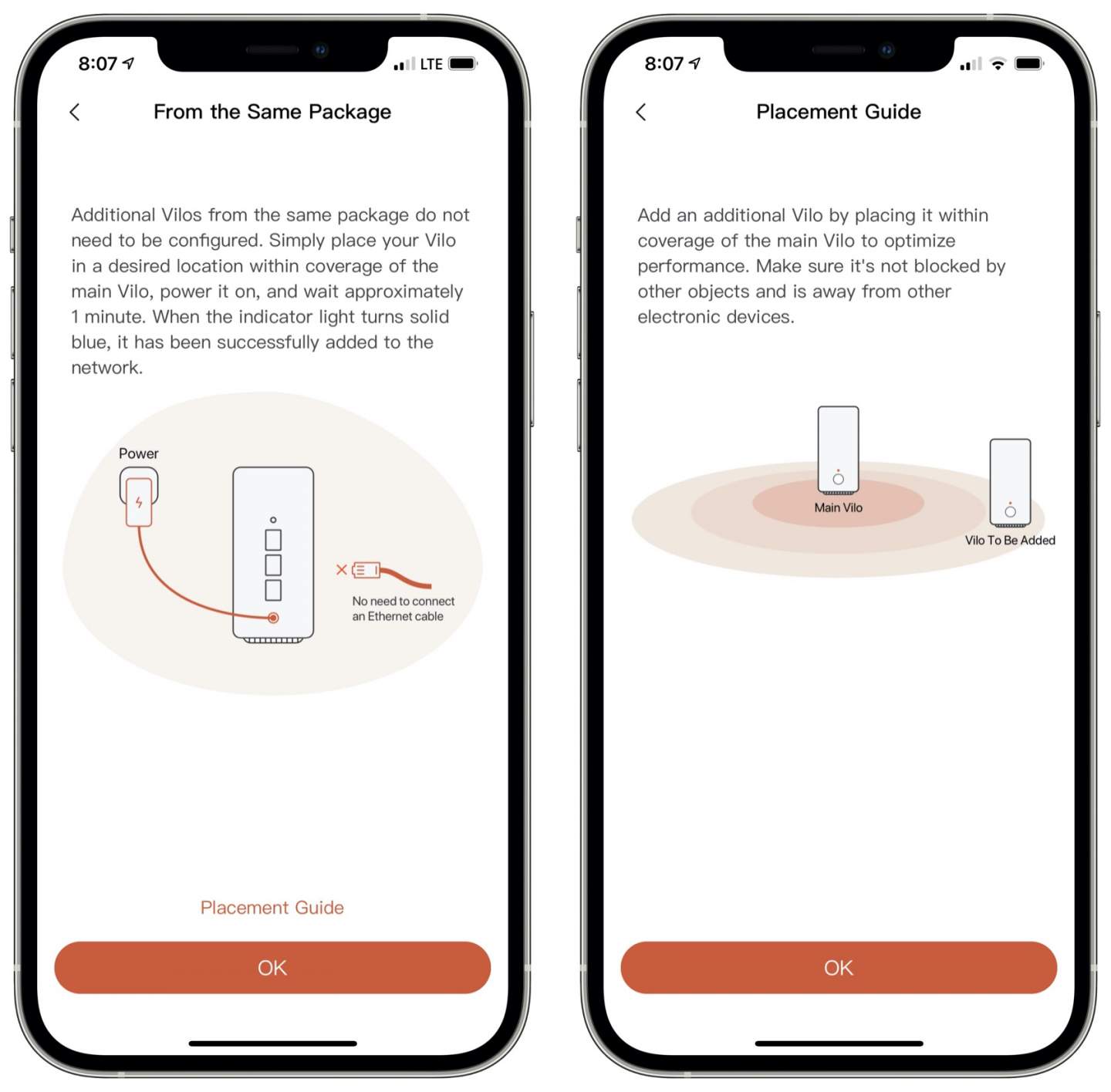 The app is fairly basic. You can see the status of each Vilo unit – including signal strength across the mesh, and turning off the status LED – and the devices connected to them. Vilo says a three-unit system should support up to 125 devices simultaneously, or up to 65 on a single unit. A guest network allows for a second SSID, and there are parental controls which support time limits on selected devices along with a block list of websites you don’t want kids to be able to access. 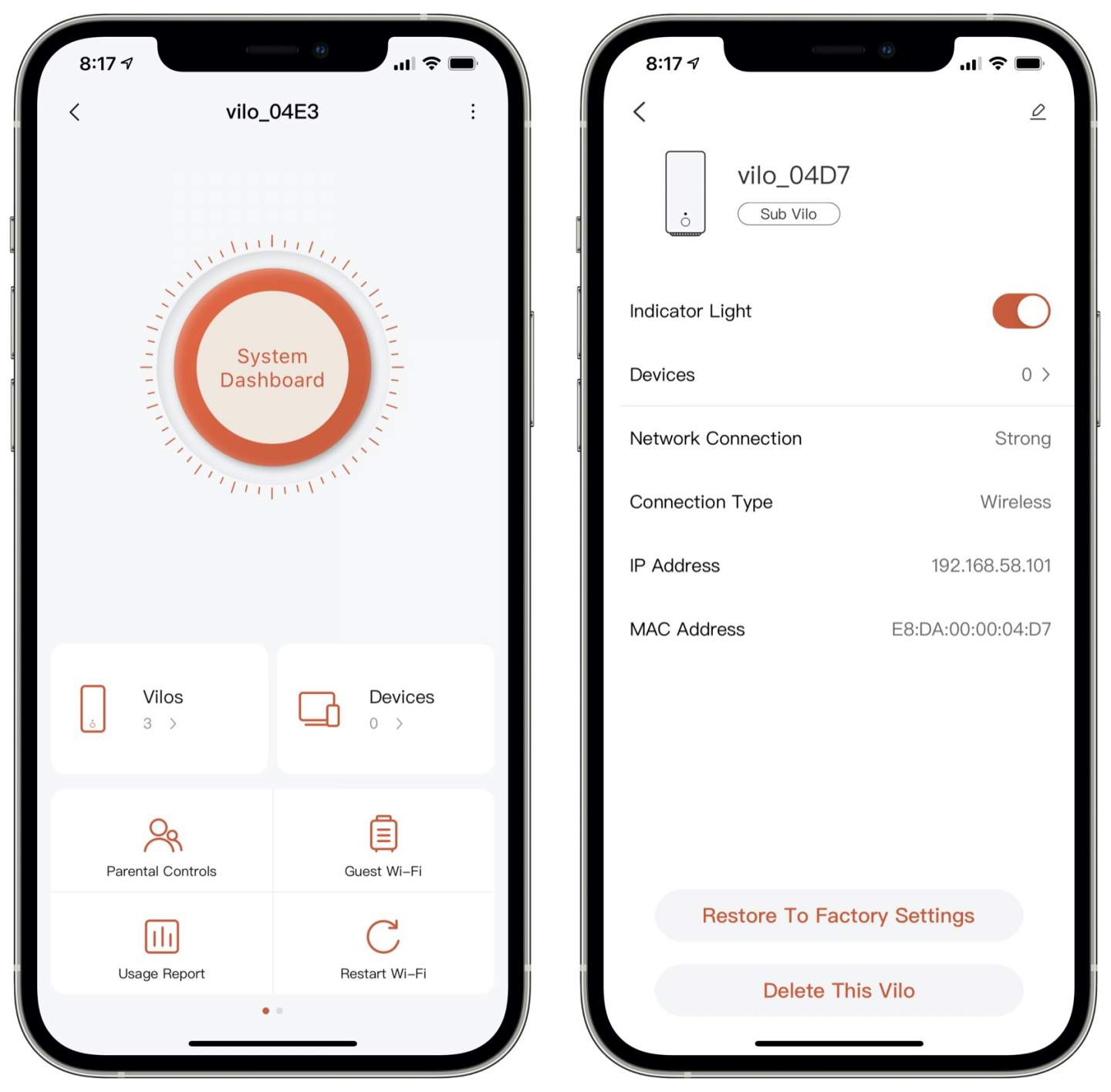 Under the System Dashboard option, meanwhile, you can see the core settings like WiFi encryption (set to WPA2 by default), controlling band steering, and track WiFi interference. Vilo also defaults to automatically restarting the network each week – you can change the time, though it set itself to 3:10am each Thursday on my system – as a general housekeeping strategy. Honestly, given how often “have you tried turning it off and on again?” works as a problem-solving trick, it’s probably not a bad idea.

Absent right now is support for IP reservations and port forwarding, which mainstream users may not miss but could give more advanced users pause. 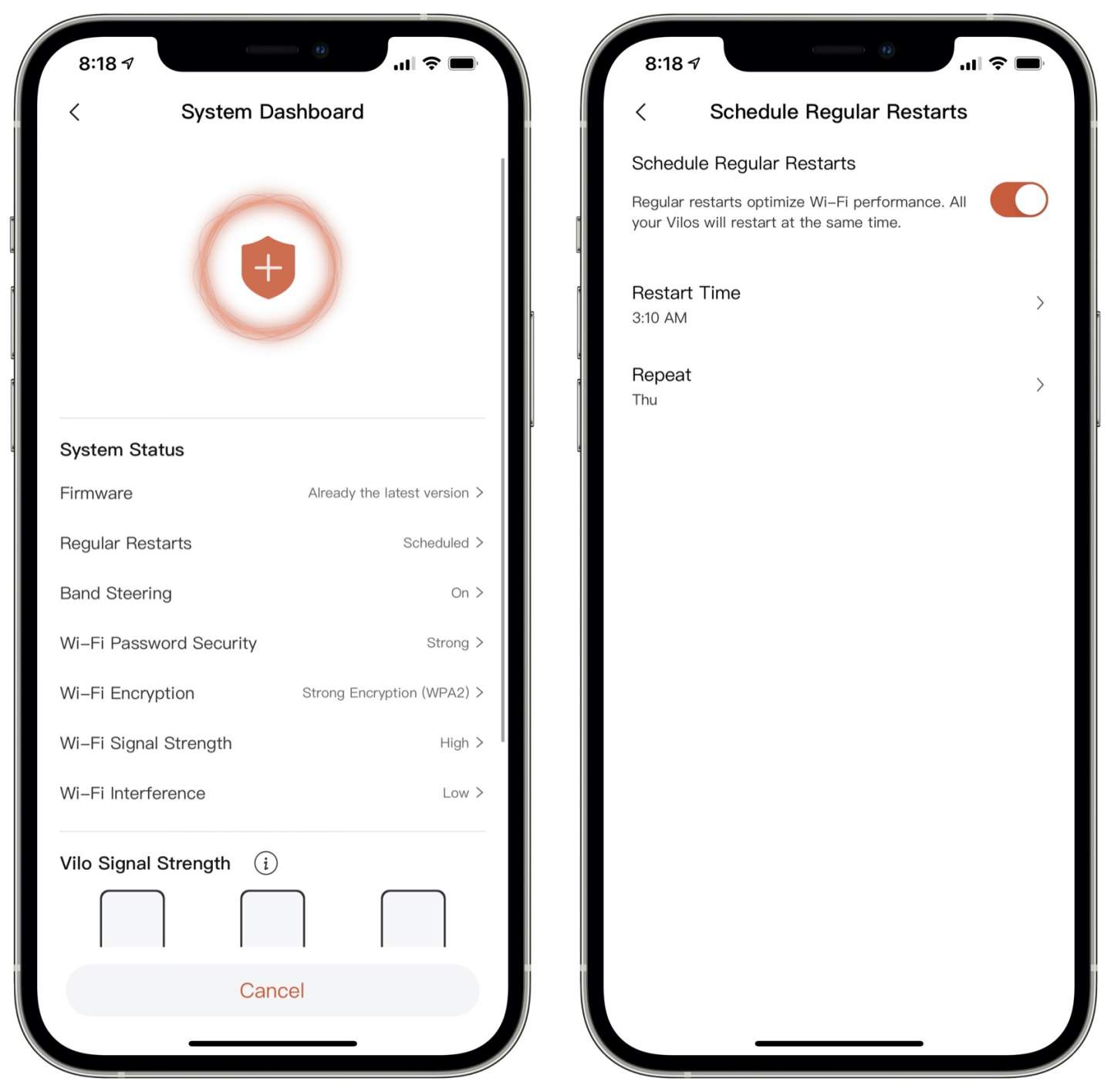 Unsurprisingly, given the price, Vilo’s WiFi hardware isn’t the fastest in the mesh router world. Each unit supports 802.11ac AC1200, with simultaneous dual-band, and a maximum speed of 300 Mbps on the 2.4GHz and 867 Mbps on the 5GHz. 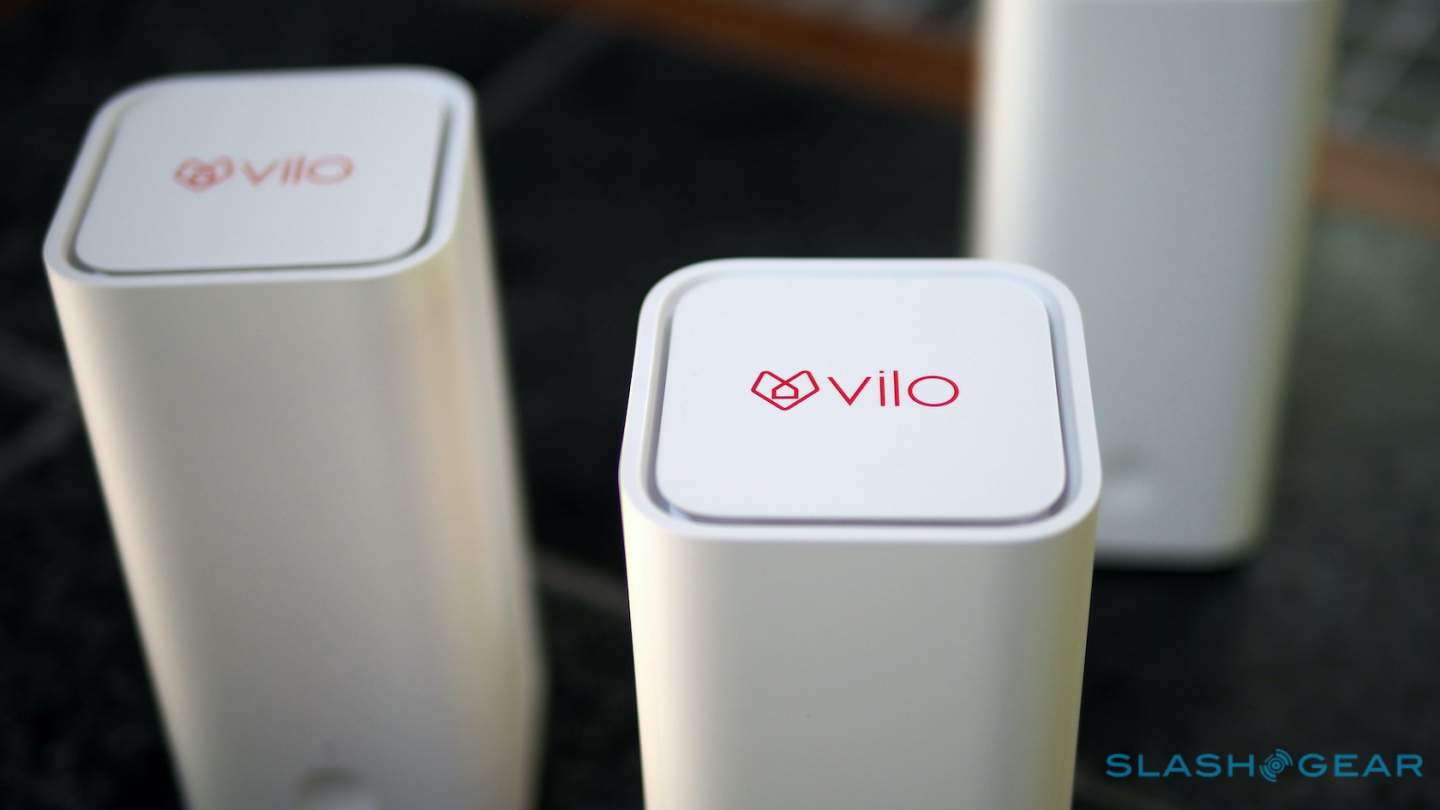 So, your throughput may not be as rapid, but Vilo’s range should be just as good. Each unit can handle up to 1,500 square feet of coverage; a three-pack should manage a 4,500 sq-ft property.

It sets up a more than solid value proposition for people with WiFi coverage issues, but more mainstream speed demands. Mesh routers are at the cutting-edge of router tech, and that’s meant effectively paying for both coverage and speed. Thing is, not everyone struggles with both. 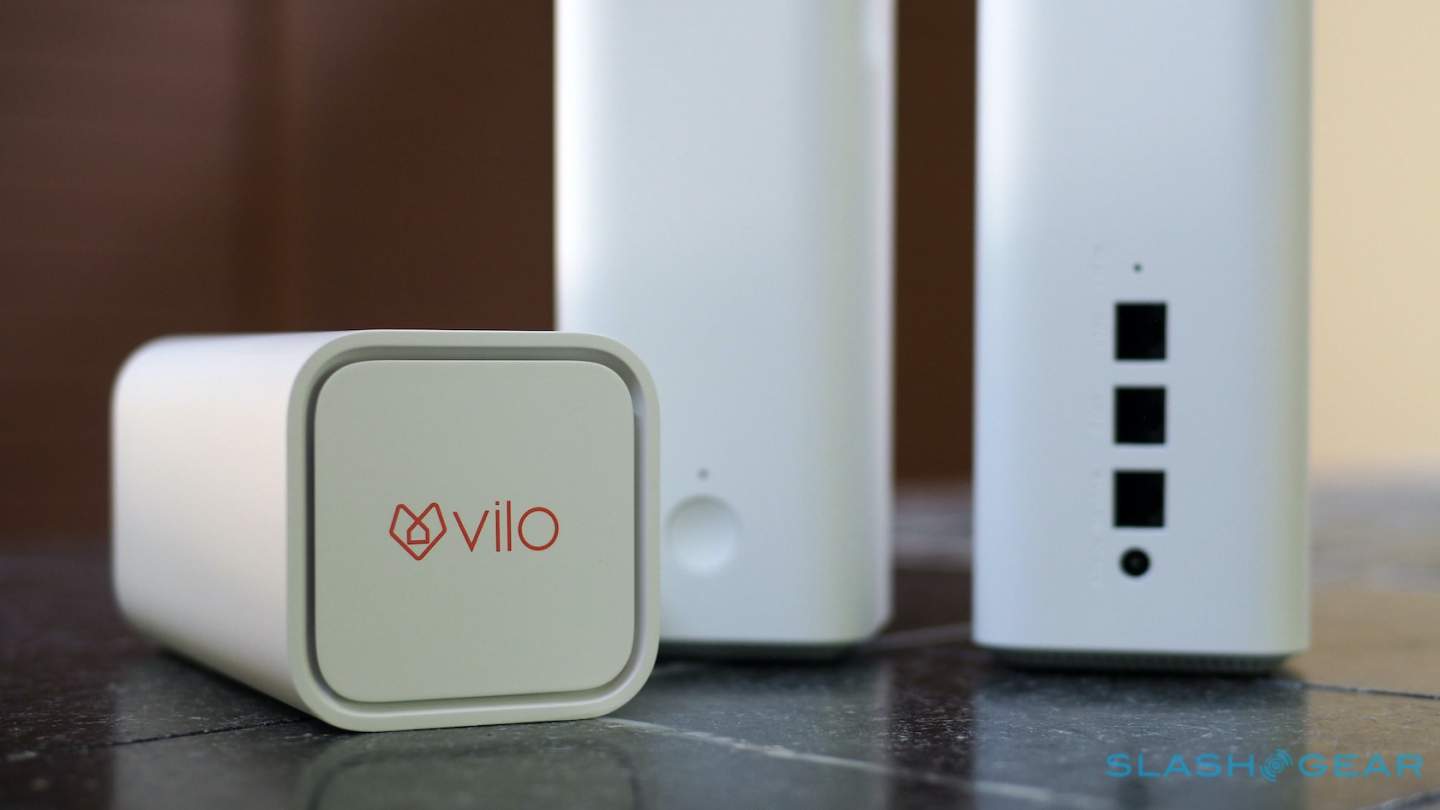 If you’ve got a multi-layer house, or a sprawling one, or just have some troublesome brick or stone walls that leave a single router insufficient, the idea of a mesh to fill in the gaps can be an appealing one. Vilo’s three-pack, at $59.99, is less than you’d pay for a single router from the other companies.

Those looking to do 4K game streaming, or who have multiple people streaming high-definition content at the same time, will probably still want to open their wallet further and go for something faster. That’s not Vilo’s target audience. If, though, you’ve been using your cable or DSL company’s modem-router so far, and find there are areas of the house that you don’t get a signal – or just get a patchy one – then the idea of a mesh network for probably less than a month’s service has got to be appealing.