Vessyl thinks you have a drinking problem, and it’s convinced a $200 smart cup is the answer. Promising to bring the Internet of Things to something as old-school as how we drink, the Yves Behar-designed cup uses a proprietary sensor which can apparently identify what liquid is inside – even down to recognizing specific brands, like a Starbucks latte or a Heineken lager.

Embedded in the side of the polymer cup is a display which Vessyl has dubbed Pryme, and which shows how far along you are in your hydration goals that day. Rather than stick to the over-publicized “eight glasses of water a day” figure, Vessyl uses its sensor to actually figure out what sort of amounts you actually need physiologically. 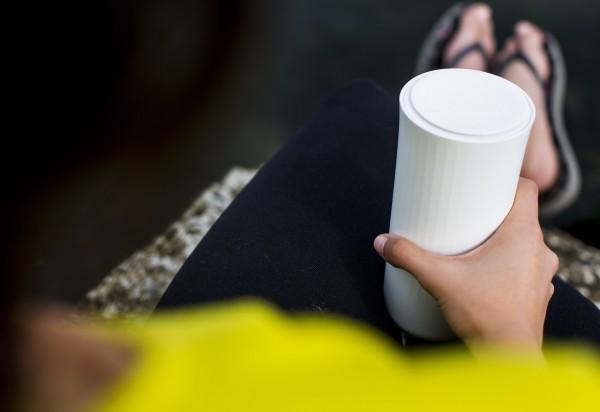 Water may be essential, though it’s not necessarily the most exciting drink. Vessyl claims to work with alcohol, thicker liquids like drinking-yoghurt, and carbonated beverages like Coke – even if you’re drinking them through a straw. It can supposedly identify how much caffeine you’ve consumed, as well as the fat, sugar, and other content like sodium and protein.

All of the data is fed into the Vessyl app as well as being displayed on the cup’s own discrete screen, which illuminates when you lift it. Bluetooth 4.0 will hook up to iPhones and select Android devices – there’ll be a full list closer to launch – but Vessyl is also talking about linking with other wearable health platforms.

What Vessyl isn’t discussing is how, exactly, the sensor tech works. A result is promised in seconds, with brand information if that’s one of the many the company has logged in the cup’s database, but the technical details aren’t being revealed at this stage.

Update: We asked Vessyl for more details on the system, but the company is still playing its cards close to its chest. What it will say is that there are sensors built throughout the entire cup, and that they are “in the same realm” as the sort of sensors that, for instance, might be used in a food production facility to quality-control test each individual jar. 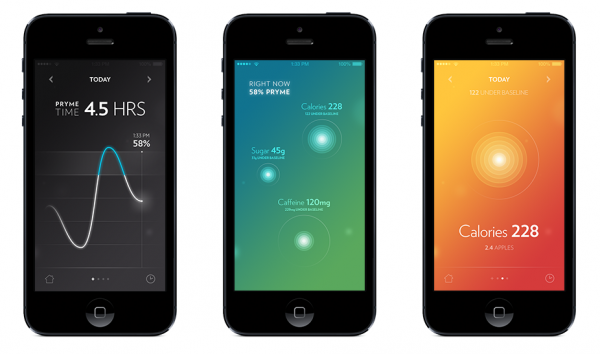 The 13oz cup itself comes in three different colors with a variety of highlight accents on the upper lip to choose between. Inside, there’s a glass-like lining to avoid stains or flavor retention. Charging is done inductively through a companion coaster, with an hour of sitting in place adding up to a week’s drink assessment.

Unfortunately this sort of drinking magic isn’t quite ready for market. Vessyl is taking preorders from today – $99 apiece initially, though that’s going to rise to a $199 RRP eventually – but shipments aren’t expected to begin until early in 2015. 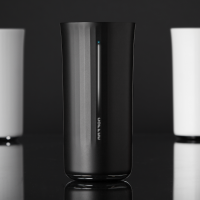 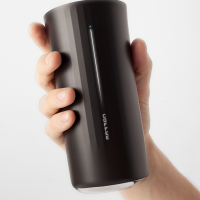 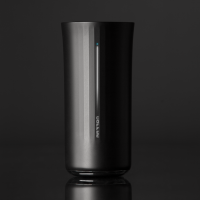 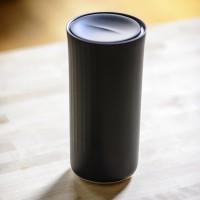 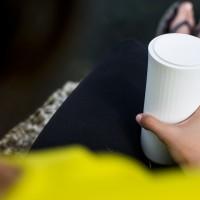 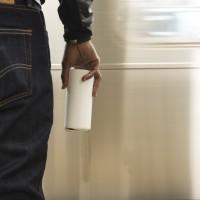 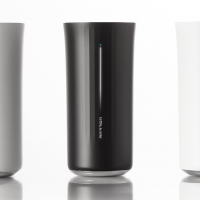 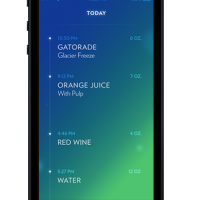 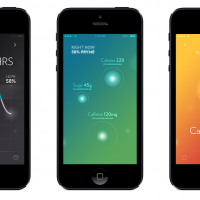