VeryKool is a company that makes Android tablets that are aimed at people on a budget. It has been a while since we talked about the company. One of the last times was back in 2012 when the company unveiled a new R800 outdoor tablet. The company is back with a tablet called the T742 KolorPad.

The tablet has modest hardware with a 1.3GHz dual core processor. It’s unclear exactly which processor that is. The tablet uses Android 4.2 for the operating system. It does support 3G and 2G networks and has integrated WiFi. 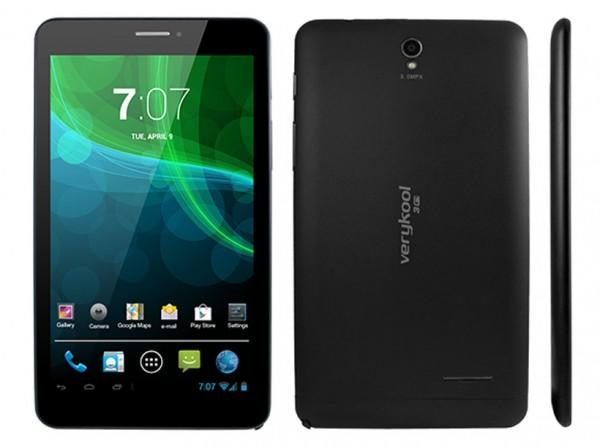 The tablet supports WiFi hotspot and USB tethering and has Bluetooth 4.0. The T742 operates on 3G WCDMA, HSPDA, and HSUPA networks. Infosonics fits the tablet with a capacitive touchscreen measuring 7-inches with a native resolution of 800 x 480.

Front and rear cameras are included with the front offering VGA resolution and the rear having 3MP resolution. Internal storage is 4GB and storage is expandable with up to 32GB via a memory cards. The 1.3GHz CPU is paired with 512MB of RAM. The best feature of the tablet will be the price of $149.