Astronomers with the European Southern Observatory (ESO) use the Very Large Telescope (VLT) to scan the heavens in search of stars, black holes, galaxies, and planets to study. Recently, astronomers used the VLT to spot the closest pair of supermassive black holes to Earth ever discovered. Eventually, the black hole duo will merge into a single gigantic black hole. The discovery is located in a galaxy called NGC 7727, which lies in the constellation Aquarius.

While these supermassive black holes are the closest to Earth ever discovered, they are still at an incredible distance from our planet of 89 million light-years. However, they are significantly closer than the previous closest supermassive black hole pair that was 470 million light-years away. In addition to being the closest pair of black holes to Earth, the duo also have a significantly smaller separation than any other pair of known black holes.

The duo in NGC 7727 has only 1600 light-years between them. While that is still a vast distance, astronomers point out this is the first time pair of supermassive black holes have been discovered so close to each other. A distance of 1600 light-years is less than half the separation of the previous record holders. Typically, supermassive black holes live in the center of galaxies. However, they can become pairs when galaxies merge, placing them on a collision course that can take millions of years before they merge. 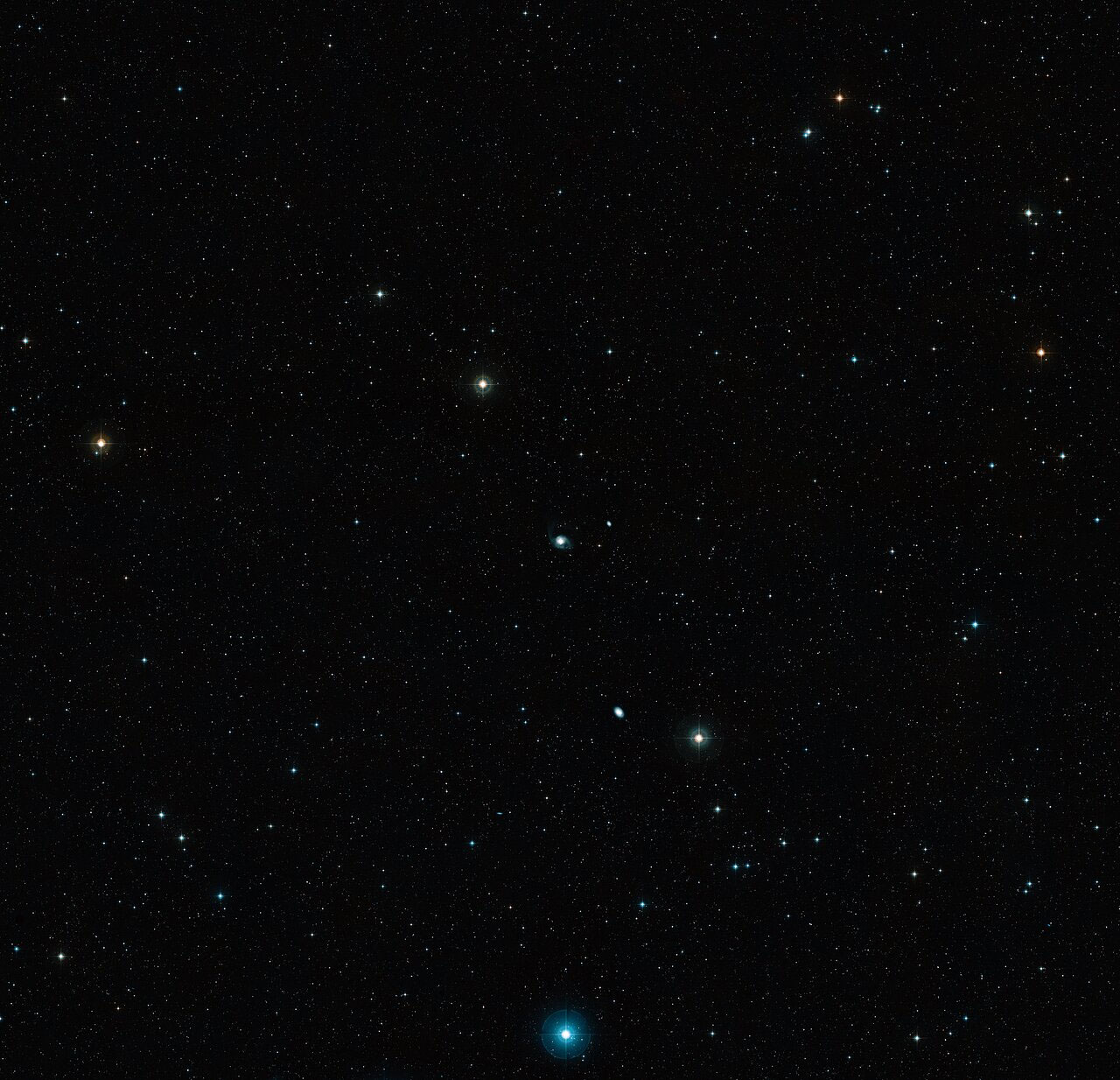 Scientists studied the path the black holes are taking, their separation distance, and their velocities determining the duo will merge into a single supermassive black hole within the next 250 million years. Astronomers believe that the merger of a pair of black holes of this size could explain how the most massive black holes in the Universe are born.

Astronomer Karina Voggel and her team used a technique for determining the masses of the black holes that looked at how their gravitational pull impacted stars around them. This is the first time that the mass of a pair of black holes has been measured using that method. Measurements using this method were possible because of how close the pair of black holes are to Earth. Researchers relied on observations from the Paranal Observatory in Chile using a tool called MUSE (Multi-Unit Spectroscopic Explorer) in their work. Astronomers also used data gathered by the Hubble Space Telescope to confirm the pair of black holes were classified as supermassive. 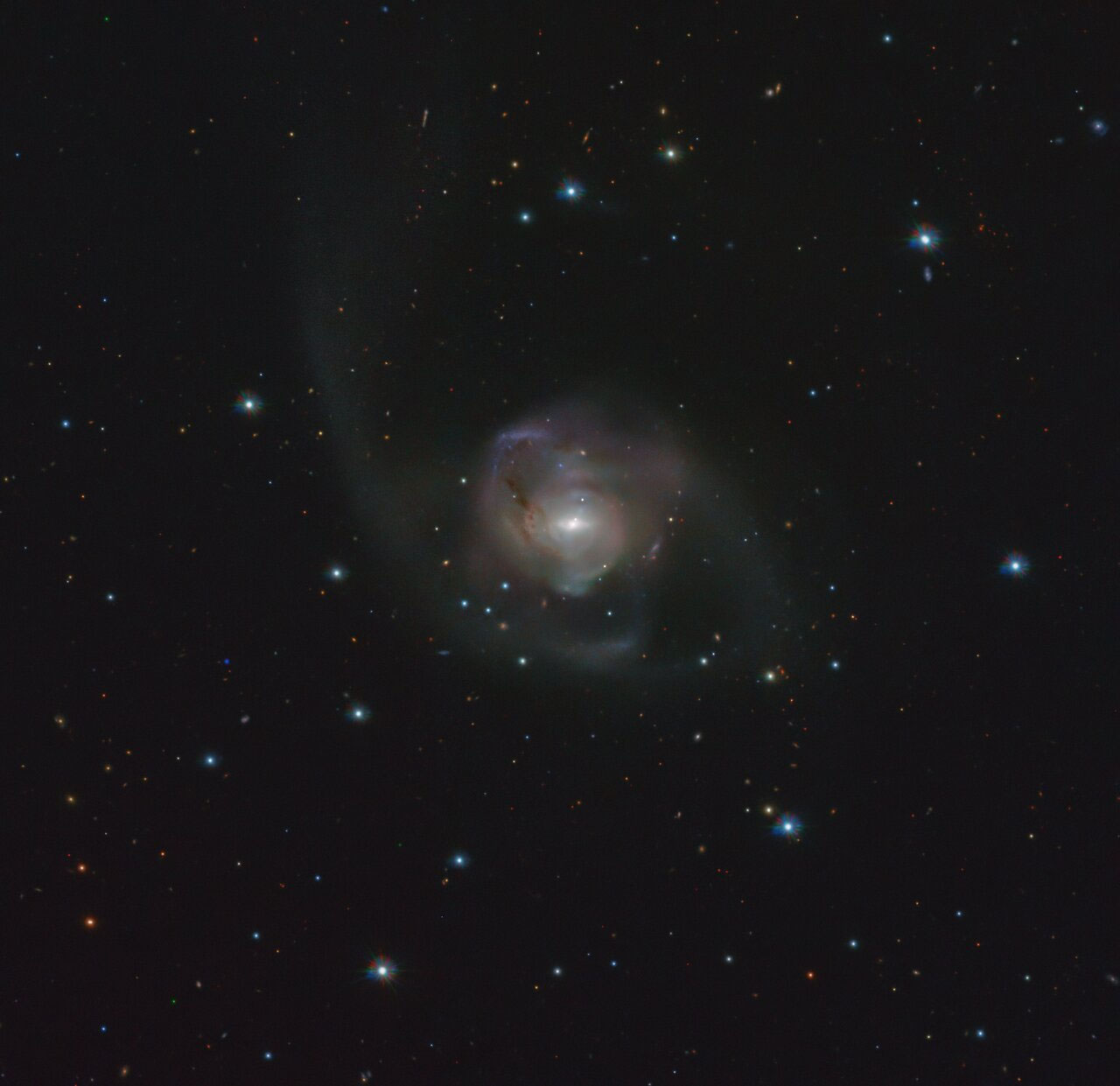 The black hole on the right side of the pair is in the core of NGC 7727 and has a mass nearly 154 million times of the Sun. The other black hole in the pair is significantly less massive at 6.3 million times that of the sun. Astronomers had suspected NGC 7727 had two black holes but had been unable to confirm their suspicions in the past because of the lack of high-energy radiation coming from the immediate surroundings. The presence of high-energy radiation would have confirmed the black holes existed.

The discovery of the supermassive black holes without the emission of high-energy radiation suggests there could be many more similar black holes hiding in galaxies scattered around the universe. Astronomers believe their findings could suggest the total number of supermassive black holes in the known universe is 30 percent higher than previously believed. Discovering more hidden supermassive black hole pairs will become easier when the ESO begins operating its new Extremely Large Telescope later this decade. The telescope will be placed in the Atacama Desert in Chile. That telescope will have an instrument called HARMONI capable of making discoveries like this significantly further away from Earth than is currently possible. 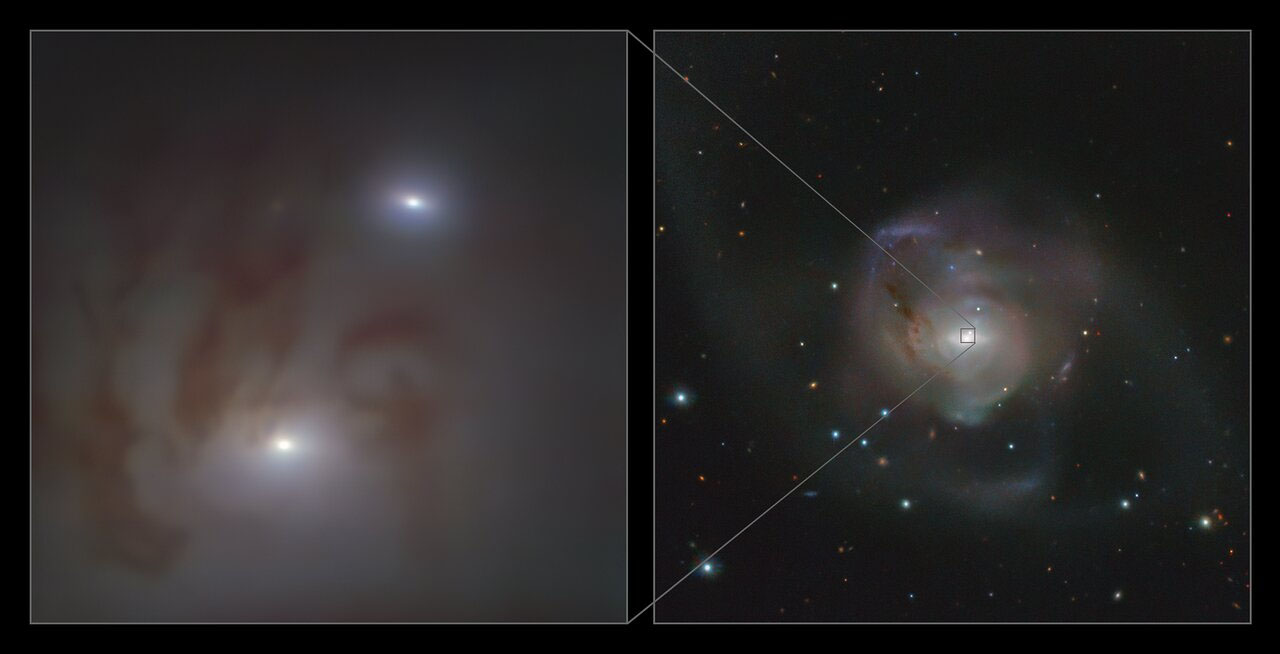 Astronomers keep the VLT working almost constantly, making discoveries in the cosmos. For example, in mid-November of this year, astronomers used the VLT to discover a black hole inside a distant star cluster. In that instance, the previously unknown supermassive black hole was outside of the Milky Way, and it was discovered by looking at how it influenced a nearby star. Of course, the VLT also makes discoveries other than black holes.

In August 2021, astronomers used the VLT to investigate rocky exoplanets that were orbiting a distant star. The star is L 98-59, and astronomers were keen to investigate the planetary system because the star and its exoplanets resemble our inner solar system. One of the more interesting discoveries in the planetary system was a rocky exoplanet half the mass of Venus. The planet was the lightest exoplanet ever measured using a technique known as radial velocity.

In October 2020, VLT astronomers discovered a supermassive black hole with six galaxies scattered around it. The grouping had existed since the universe was less than a billion years old, making it the first time a close grouping of the type had been discovered from a time so soon after the Big Bang. Astronomers said the grouping of galaxies around a supermassive black hole helped improve our understanding of how black holes of the type could become so enormous so quickly.

Another interesting VLT discovery from May 2020 found indications of a planet being born around a distant star. The young star the planet was forming around is called AB Aurigae. During their observations, astronomers discovered a prominent spiral structure with a twist indicating a site where a planet could be forming. As scientists are keen to learn more about how planets form, discoveries like these are welcome additions to humanity’s ever-growing understanding of the process.