For those of you unfamiliar with the term “Venus Express,” do not worry: it’s not a train heading into outer space – it’s already out there, and it’s a spacecraft in crisis. There aren’t any humans aboard this spacecraft at the moment, it being the eyes and ears of the European Space Agency around the second planet from the sun in our solar system, but concern remains as 40 hours have passed since the most recent solar storm has pushed over the unit and it’s gone “blind.” The cameras aboard this spacecraft have been rendered inoperable for the time being with officials racing to get them back online before they’re lost for good, they meanwhile relying on gyroscopes to keep the unit online and on track.

This is just one of many smaller breaks in communication and smaller systems in space technology since the solar storms of 2012 began. If you take a look back in our archives here on SlashGear, you’ll find that the results have been small, but worth noting due to the public’s increasing interest in space-related matters as of late. Another example of this phenomenon is today’s reveal of Rovio’s Angry Birds: Space video game expansion as announced by NASA aboard the International Space Station.

What’s going on here with the ESA is that while they do expect to get this Venus Express unit back online in the timeframe they’ve set, it’s important that they do no fail, as launching a replacement would certainly be costly. Octavio Camino, Venus Express spacecraft operation manager at ESA’s European Space Operations Center in Darmstadt, Germany, noted the following:

“We were not able to detect any stars, so we decided to switch to the B unit, but we saw exactly the same thing. Both of them were blinded by heavy solar activity. Since then, we have not been able to get them back on track, so we are doing a lot of things in order to keep the spacecraft in a safe configuration.” – Camino 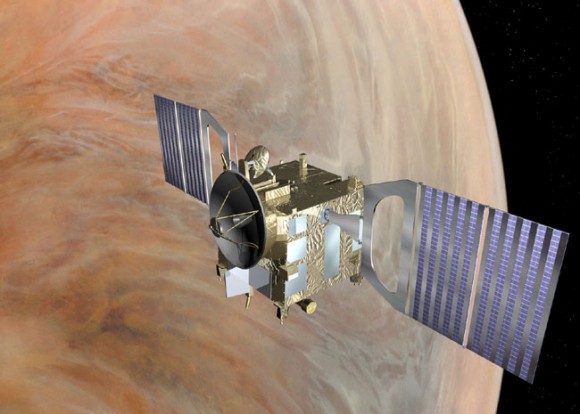 Paolo Ferri, head of ESA’s solar and planetary mission operations, also had a bit to say about the urgency of the situation:

“We have several days of margin if we need it, but of course we’re concerned. We don’t like to be in this type of situation. Normally these spacecraft are very autonomous, but this forces us to do a lot of manual operations that we normally don’t do.” – Ferri

Again it’s looking like the teams involved in the project will be able to get the situation under control well within their limits, and as Ferri notes: “It’s a lot of manual babysitting now, but we don’t expect this to last forever.”